In 2017, The Denver Actors Fund has made $128,000 available to Colorado theatre artists in situational medical need, compared to $42,000 in all of 2016. And there is just one reason the rapidly growing grassroots nonprofit had that much money to give back in only its fourth year of existence: A boggling array of self-starting individuals, theatre companies and schools from all over the metro area organized their own fundraising efforts that generated $112,000 in unplannable revenue for the Denver Actors Fund.

They are The Difference-Makers.

The biggest chunk by far came from one remarkable sold-out concert at the Lone Tree Arts Center featuring Colorado-connected Broadway stars Annaleigh Ashford, Beth Malone and Mara Davi alongside Denver First Lady Mary Louise Lee and more than 20 local performers. The event, called United in Love, was conceived and carried off by Ebner-Page Productions, aka Eugene Ebner and Paul Page. Their concert raised more than $40,000 for the non-profit in part because nearly everyone volunteered their time and talents — and because they went out and secured sponsorships totaling $20,000 from Delta Dental, Kaiser Permanente, Skyline Properties and Alliance Insurance.

The most astonishing of those efforts was a fully staged production of Jason Robert Brown’s 13 the Musical, which in 2008 became the first Broadway musical to feature a cast made up entirely of teenagers.

The parents of 13 young metro-area actors banded together to self-produce the first-ever Colorado staging of 13 the Musical, which is the story of a New York-savvy teen whose parents’ divorce lands him in Indiana. The parents absorbed nearly all production costs as their own personal donations so that all proceeds from ticket sales and other revenue sources would go fully to the Denver Actors Fund. As a result, 13 the Musical generated more than $13,000 for The Denver Actors Fund in just two performances at the Mizel Center for Arts and Culture. And it was a good production, because the young actors were supported by a dream creative team that included Robert Michael Sanders, Paul Dwyer, Jalyn Courtenay Webb, Shannan Steele and more (full list below).

Sanders also again directed and produced Miscast, an annual evening of silly songs and games at the Town Hall Arts Center that raised another $7,000, bringing Sanders’ four-year Miscast efforts past the $20,000 mark.

The Denver Actors Fund was also the designated beneficiary when tart-talking Dixie Longate returned to the Galleria Theatre for the Denver Center’s fourth staging of Dixie’s Tupperware Party. While in Denver, Dixie creator Kris Andersson wanted to try out Dixie’s new standup comedy routine, and the evening turned into a $4,804 windfall for the DAF.

Also this year, the Denver Actors Fund entered into a unique partnership with Thornton dentist (and former Broadway dancer) Brian Kelly, who accepted emergency dental cases referred through the Denver Actors Fund. Kelly helped four DAF patients in need of everything from root canals to full teeth replacement to complex bridge work. In all, Kelly donated more than $10,000 worth of his services to uninsured area artists.

All done on their own.

“I think the truest mark of a community is how much people will do to help each other without even being asked,” said Denver Actors Fund President Will Barnette. “These dollar figures brilliantly show the depth of love and caring and camaraderie we have in this Colorado theatre community.”

Separately, the local theatre community was spurred to action last month by the wrenching death of 42-year-old actor Daniel Langhoff from cancer just 10 days after the birth of his second daughter. Over the next six weeks, donations and special events generated $53,000 in targeted donations through the DAF that will help Langhoff’s wife plan for the long-term needs of their children. Among the special efforts:

“The number of people who planned, participated or attended all of these efforts on behalf of the Denver Actors Fund numbers into the thousands,” the DAF’s Will Barnette said. “Every one of those people is a difference-maker. Their efforts not only sustain us, they galvanize us as we enter 2018. We simply could not do what we do without the continuing efforts of the Colorado theatre community to keep us funded.”

John Moore was named one of the 12 most influential theater critics in the U.S. by American Theatre Magazine in 2011. He has since taken a groundbreaking position as the Denver Center’s Senior Arts Journalist. He is also the founder of The Denver Actors Fund.

Video bonus: Highlights from the United in Love concert:

Actors Jona Alonzo, Daniel Langhoff and Norrell Moore, all at various stages of their personal own cancer battles, performed an original variation of the song “Tonight,” from ‘West Side Story,’ at Miscast 2017. Video by John Moore.

13 THE MUSICAL:
Cast (moms in parentheses): 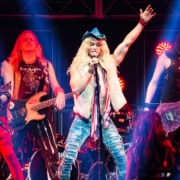 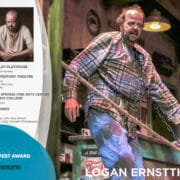 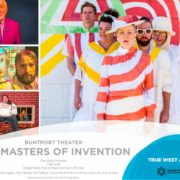 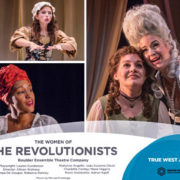 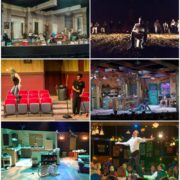