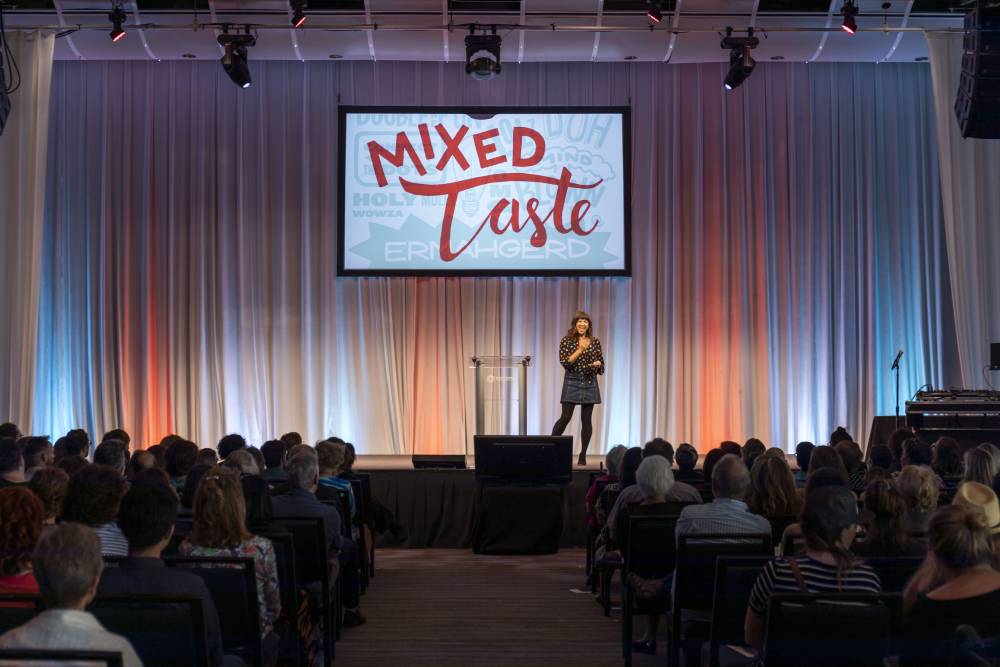 If you’re reading this article, you’re probably wondering what all the hubbub about Mixed Taste is. Maybe you’ve overheard your cool friends talking about the lectures they attended. Maybe you’ve seen an ad or social media post promoting the event. Maybe you even read a list of weird topics you’d never heard of before. But still, the question lingers — what exactly IS Mixed Taste? Well, never fear! We’re here to give a basic overview so that you can experience the magic, too.

So what is Mixed Taste?

At its core, Mixed Taste is a lecture series covering a diverse range of topics. At each event, two topical experts are selected to give a 20-minute presentation. The key is that the two lecture topics have nothing to do with each other. Sometimes the topics may be things you’ve never heard of, like Georgian polyphonic singing or zombie deer. Other lectures may be more familiar concepts, like free will or Jackie Robinson. But no matter what the topics are, our amazing presenters give you an in-depth look at a topic they know inside and out!

MCA Denver’s Director of Programming Sarah Baie says it’s important to remember that you don’t need to know anything about the topics to have a good time. “Never heard of machine theology? No problem. Can’t think why monoliths matter? Don’t sweat it. All you have to bring is yourself. If you love to learn new things, and you don’t mind if things get weird, this is probably the series for you.” 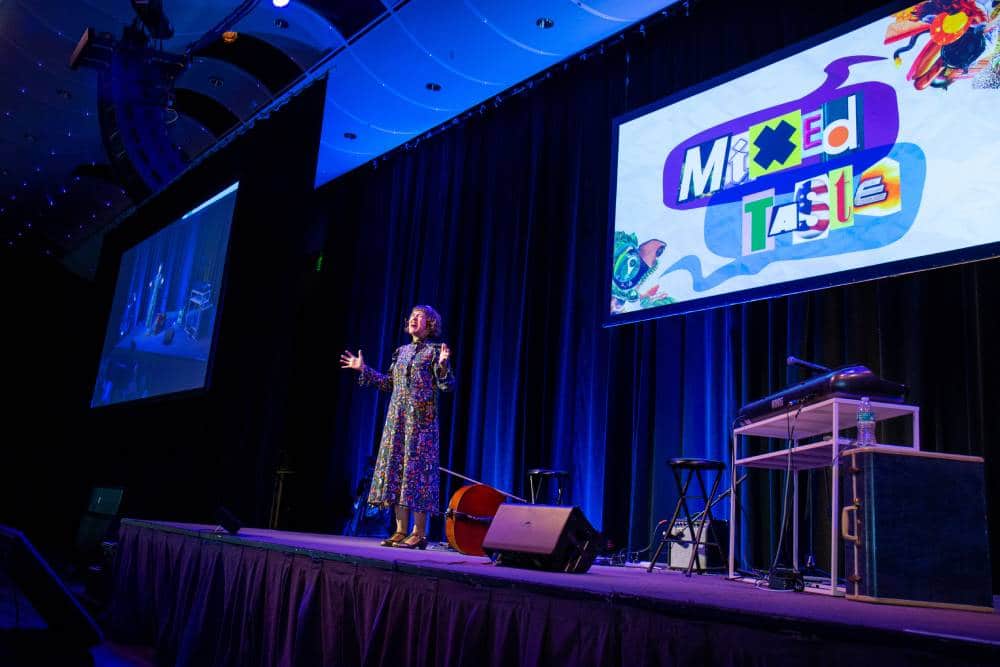 The magic really begins after both presenters have concluded their lectures, at which point the focus shifts from presentation to question and answer. But there’s a twist! Audience members are encouraged to ask questions that draw connections between the two unrelated topics. Sometimes the connections might be silly (who knew that both rosé wine and Colorado legend Rattlesnake Kate included ideas about tough exteriors!), while other times the connections might be downright philosophical. It’s up to the audience to figure out how two unrelated topics are related after all. According to Charlie Miller, DCPA’s Off-Center Curator, “The unexpectedly profound connections that the audience discovers between two topics that seem to have nothing in common is what makes Mixed Taste so special.”

Ok, so two unrelated lectures followed by a question and answer where we draw connections. Anything else?

Usually, between the two lectures, there’s a brief intermission with a game. The games vary from event to event, but they are always silly and hilarious. This past summer, intermission featured a game called ‘Mixed Taste, Literally’ where the audience chose a combination of ingredients from Charlie’s fridge that he had to eat together. “The result: Nutella + Kimchi – a combination I would not wish upon anyone,” said Charlie.

Oh, and there are usually prizes! But it wouldn’t be Mixed Taste if the prizes were, you know, normal. Sarah recalls that “One summer we froze all the intermission prizes in giant blocks of ice and gave the winners a sheet pan to thaw them out on.”

Audience members aren’t the only ones drawing connections during the lecture. When the DCPA started producing the series back in 2017, Charlie wanted to add a more theatrical element to the evening. He said, “I wanted to bring everything together at the end of the night in an entertaining and inspiring way. So I turned to a bunch of my local poet friends and the rest is history.”

To close out each event, a local poet is welcomed to give a never-before-heard poem elaborating on the two topics and the connections between them. We’re talking spur-of-the-moment, chill-inducing, mind-blowing poetry! Past guests have included Suzi Q. Smith, Franklin Cruz, Bianca Mikahn, Brenton Weyi, and James Brunt. 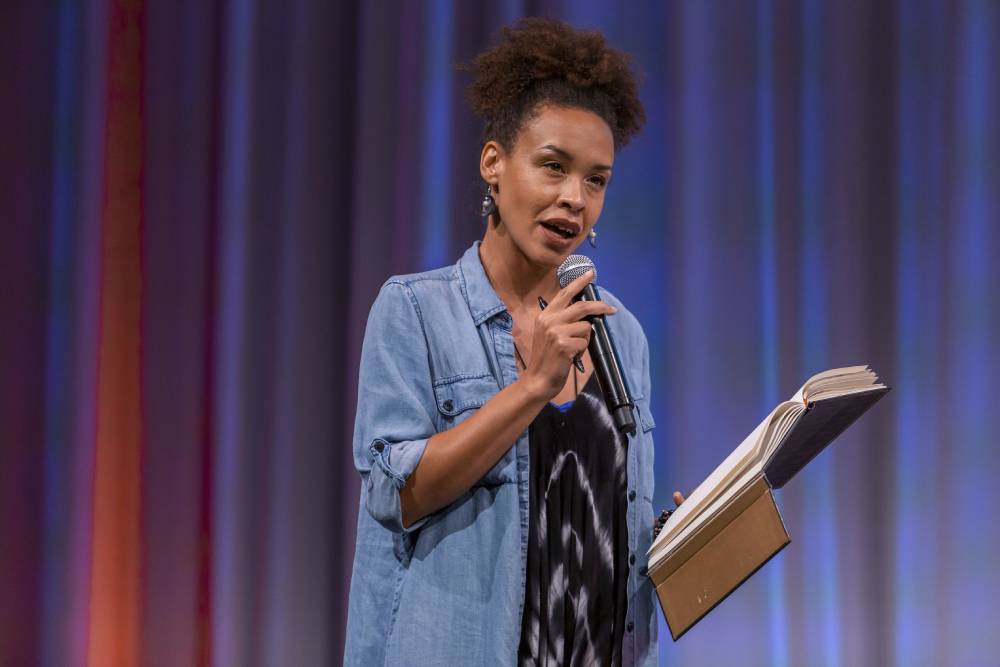 Ready to Dive In?

So there you have it! You’re now armed with all the knowledge you need to get the most out of Mixed Taste. As Sarah put it, “Mixed Taste is like weirdness and serendipity got set-up on a blind date and instead of going to a bar, they went to a college lecture and wound up just having the best time ever.” Make sure to check out our upcoming lineup of topics and register for our next event. We look forward to seeing you soon!