Some cast members gets an up-close view of the designers’ visions for ‘Sweat,’ running April 26 through May 26 in The Space Theatre. Photo by John Moore for the DCPA NewsCenter.

Rehearsals began Tuesday for the DCPA Theatre Company’s upcoming production of Sweat, Lynn Nottage’s Pulitzer Prize-winning play that looks at the decline of working-class America through a series of interviews she conducted with residents of Reading, Pennsylvania, from 2011-13. Research Dramaturg Mary Blair used the occasion to introduce the origins of the play to Denver Center cast, crew, staff and guests. In Blair’s words:

“Lynn Nottage got a group email one day from a very close friend, and it said: ‘I just need you all to know I am broke and I am desperate, and I need your support.’ And Lynn thought to herself: ‘This is a single mother of two who lives two doors down from me, she’s a happy-go-lucky person, and we spent so much time together … and I had no idea.’ That made her wonder: ‘What else don’t I have an idea about in this country?’ “The Occupy Wall Street movement was just beginning around this time, and so to cheer her friend up, Lynn said: ‘Let’s go down and check out what that is all about.’ And afterward her friend said: ‘It  just makes me feel better to know that there are other people out there like me.’

“And then a couple days later, an article in The New York Times came out that talked about Reading, Pennsylvania, as the poorest city in America. It said 41.3 percent of its residents were living below the poverty level. Lynn thought: ‘This is crazy. When I think of poor, I think of the Deep South. Reading is 2 1/2 hours from New York City. What is going on? I have to investigate this.’

“Lynn happened to have a commission from the Oregon Shakespeare Festival, where she was being asked to look at revolutions in America. And she decided this was going to be her revolution: The De-Industrial Revolution. As one of her characters in the play says: ‘How in the [bleep] did this happen?’

“So Lynn and her longtime collaborator Kate Whoriskey drove to Reading and stopped at a gas station, where they were asked: ‘You’re not from around here, are you?’ And they got some advice: ‘Get out of here before sundown.’ As it turned out, the police force in Reading had been cut by half that very day. And so, of course, they were intrigued. For the next 2 1/2 years, they drove back and forth interviewing people.

“Lynn considers herself a playwright, not a journalist. She doesn’t go in with a story in mind – she wants the story to come to her. She wants people to tell their stories and then decide what to do with it. Her manta is this: ‘Replace judgment with curiosity.’ That is how she approached interviewing people for the play.

“About a year and a half into her research, Lynn had her eureka moment. She was introduced to a group of 52 male steelworkers who had been locked out of their steel-tubing plant for 92 weeks. Lynn said: ‘For the first time in my life as a black woman, I was sitting with a group of middle-aged white men who I never in a million years thought that I had something in common with. I realized we had a shared narrative. When they told their stories, some with tears in their eyes, they told me they didn’t feel seen.’ Lynn said to herself: ‘This is something I hear from young black men. This is not something I hear from middle-aged white men.’

“The genesis of the play begins there.

“Some people say the play is about unions. Others say it is about race. But Lynn will say it is a play about class. Her hope is that when we see Sweat, we will see these strong, working-class folks whose stories don’t get told that often on the stage. She hopes that we can feel empathy. That we can feel invested in their journey. And then when we read a news story, or we sit across from someone on a bus, that we will look into their eyes and understand something about who they are.” 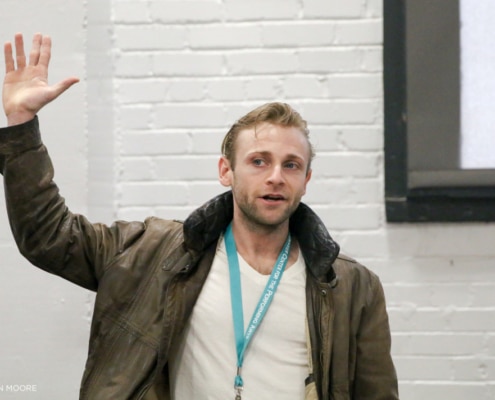 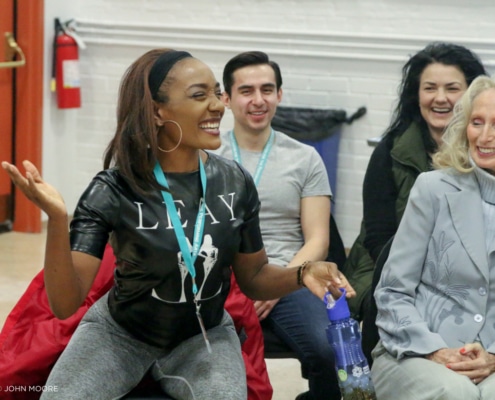 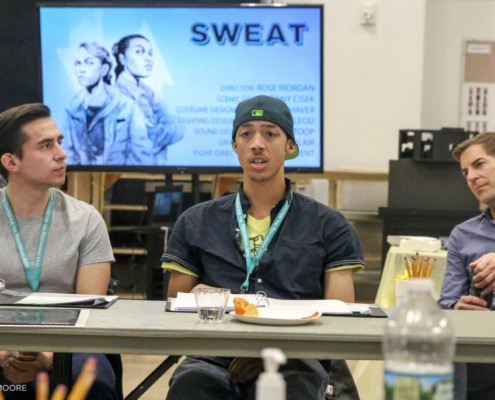 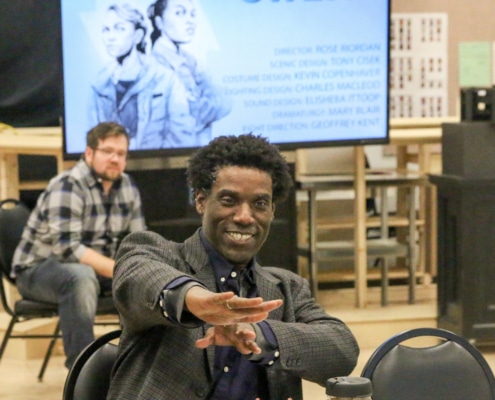 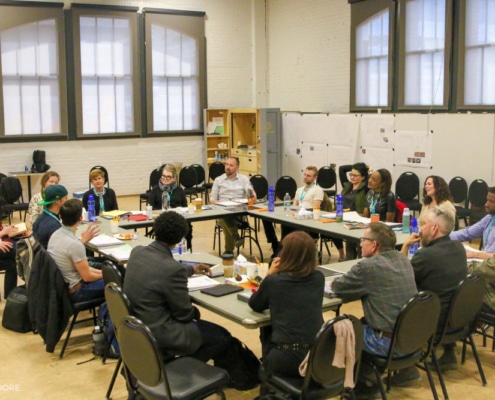 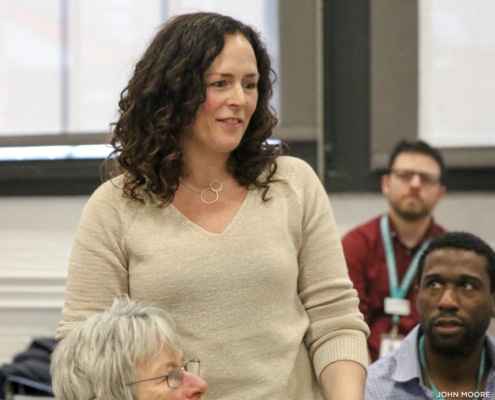 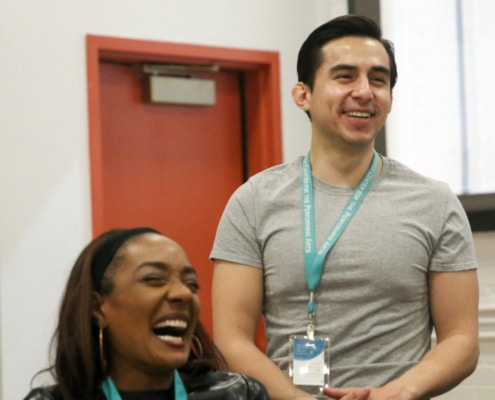 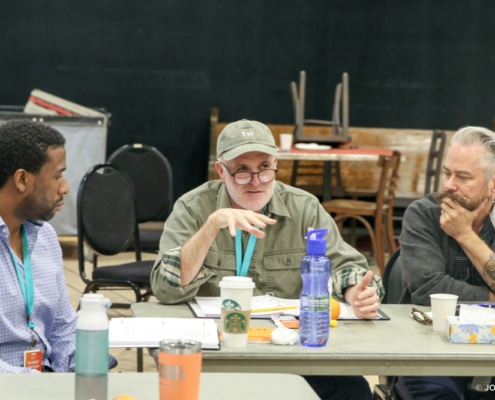 Go to our complete gallery of Sweat rehearsal photos 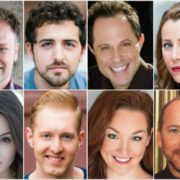 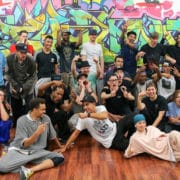 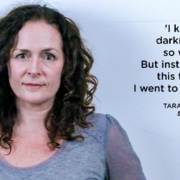 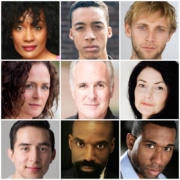