From left: ‘Marginalia’ Production Assistant Jess Steffens-Schepers; Director Mare Trevathan; and actors Emma Messenger and Regan Linton, who will trade off in the roles of J and M nightly. Photo by John Moore for the DCPA NewsCenter.

In today’s guest column, the Marginalia playwright honors the teacher who gave him his voice

One of the first people in the world who gave me my “voice” as a writer, as a thinker, as an artist, as a human being was a magnificent teacher named Constance Coiner. She taught, among other classes at Binghamton University, a stunningly progressive seminar called “Multi-Cultural American Women Writers.” I say “progressive,” mind you, because this was in 1990.

On the first day of class, I was captivated by Professor Coiner, who led her discussions with breathless excitement, an extraordinary intelligence, and the most brilliant, crystalline, empathically blue eyes I’d ever seen. She set the class alight. Hell, in my estimation, she seemed to set the world alight. I couldn’t take my eyes off her, couldn’t stop listening to her, and from the very moment she started speaking, I could feel my posture change. I could feel myself leaning into her like a plant hungering for the sun.

Photos: See our complete gallery from the making of Bite-Size

Somehow and for some reason, she also gravitated toward me. On the first paper I submitted to her, she wrote, “I shouldn’t admit this (shows favoritism, some would argue), but yours was the first essay I wanted to read — even though the stack was alphabetized, and my life often forces efficiency on me — I yanked yours out, because I noticed your face that first day in class — expressive, alert, wise. Those are rare faces — the responsive ones — the ones that stand out in a room full of 50 people.”

I was dumbstruck. What could this vibrant, vital, profoundly dynamic person see in me, this unassuming, nothing-much, closeted-beyond-belief, nebbishy little nothing from upstate New York? But she did see something. And, over the semester, she cultivated it, fostered it, nurtured it. Me. My mind, my voice, my aesthetic, my hunger for and appreciation of … words. She gave me the strength and courage to trust in myself as a thinker, a trust I’d never really possessed before, and she introduced something to me that I’d never really loved before: Reading. Together, we read Charlotte Perkins Gilman, Toni Morrison, Tillie Olson, Zora Neale Hurston, Dorothy Allison, Denise Giardina, Louise Erdrich, Maxine Hong Kingston, Rita Mae Brown and a little-known poet named Carolyn Forche, whose book, The Country Between Us, was among Professor Coiner’s favorites.

When I moved to Denver, despite the “country between us,” my relationship with Professor Coiner somehow strengthened. We’d speak on the phone at least once every few weeks and, like a cross-country, academically-minded Dolly Levi, she’d even try to set me up with Coloradan boys she somehow knew and thought were “worthy” of me. When her book Better Red was about to be published, I remember speaking to her (tethered to a harvest-gold kitchen wall phone), laughing as she teased that she was going to be famous before the “famous Jeffrey Neuman became famous,” because she was always certain of, always waiting for, always celebrating what she believed to be my inevitable breakthrough. She knew I’d be a writer. A playwright. Someday.

We never saw that day together.

Professor Coiner, along with her amazing, beautiful, and talented daughter, Ana, and 211 other passengers perished in the Atlantic when TWA Flight 800 exploded and crashed in July 1996. She was taking a trip to Paris to celebrate the fact that she’d finally been tenured. Finally.

I don’t know how it happens, what mysterious forces sometimes conspire to connect people, but I’m so grateful for it. So thankful that it brought Professor Coiner into my life. In many ways, I was voiceless before I met her. And that’s one of the reasons I will continue to make my voice heard until I no longer have a voice.

I know it may seem like a small, insignificant token, but Marginalia, my new short play being produced by Off-Center as part of Bite-Size: An Evening of Micro Theatre, is a thank-you letter to my dear friend, who I will always call “Professor Coiner.” A gesture of love to the strong, spirited, smart, beautiful woman who taught me that writing is a trust fall, that reading is a key to the universe, and that scribbling in the margins of books is a way to connect with your own heart.

About the author: Jeffrey Neuman

Jeffrey Neuman is an award-winning playwright whose work has been performed at theaters and festivals across the United States, Australia and the United Kingdom. Benchmark Theatre will present the world premiere of his latest full-length play, What You Will, from November 30 through December 22. His plays have been produced or developed by Emerging Artists Theatre, LaMaMa, National Public Radio, Edinburgh Fringe, FUSION Theatre Company and the Samuel French Off Off Broadway Festival, among others. He is a Heideman Award Finalist, co-founder of Rough Draught Playwrights, and a member of the Dramatists Guild of America. He is the host of The Denver Post Pen & Podium Series, having recently hosted Tony Kushner and George Saunders, and is a two-time True West Award winner. 
Read more: Edith Weiss on living by the wise words of Jesus and Mr. Rogers 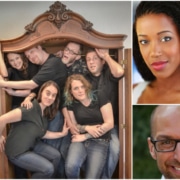 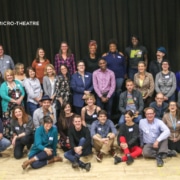 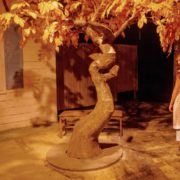 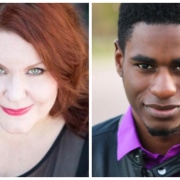 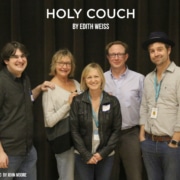 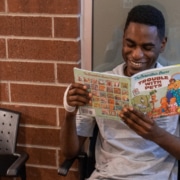