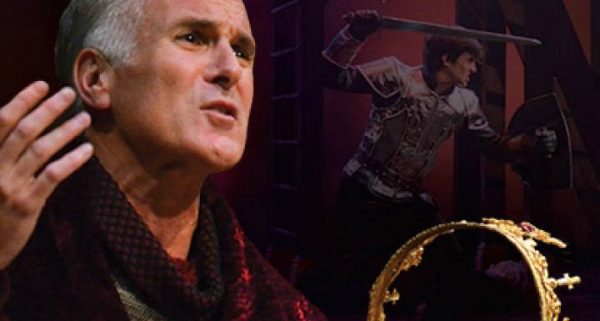 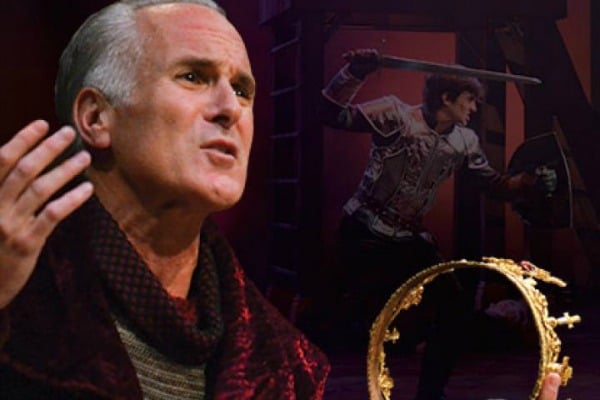 Editor’s note: The Oregon Shakespeare Festival – the grandfather of all Shakespeare Festivals in the United States – ignited a firestorm of controversy last year when it announced it is commissioning 36 playwrights to translate 39 plays widely attributed to Shakespeare into contemporary modern English between now and December 31, 2018. The hope is to create 39 unique, side-by-side companion translations of Shakespeare’s plays that are both performable and useful reference texts for both classrooms and productions. The national conversation that followed was polarizing. Writing for the New York Times, Shakespeare scholar James Shapiro called the effort “a dangerous precedent,” saying, “the only thing Shakespearean about his plays IS the language.” Others are hailing the project as a vibrant new way of introducing Shakespeare to audiences who are 400 years behind The Bard’s times. Denver Center Literary Manager and resident Dramaturg Douglas Langworthy, who worked for the Oregon Shakespeare Festival for seven years, has been tasked with adapting no less than all three parts of Henry VI, making him the largest single contributor to the project, called “Play On.” We asked Langworthy to pen the following essay with his thoughts on the project. 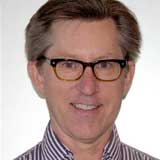 I’ll never forget the first German-language production of Shakespeare I saw – Troilus and Cressida at the Berliner Ensemble in then East Berlin. And while I can’t tell you that much about the design or the actors, I was struck by how clear the language was. You see, in Germany, Shakespeare gets translated once or twice each generation into contemporary language that sits comfortably in the listener’s ear. Sure, there are famous old-fashioned translations from the Romantic period, but in general, German directors prefer to stage more modern versions of the plays. As a fluent speaker of German, I found in this production that I didn’t have to struggle with archaic language to get through to the meaning of the text, a feeling that was surprisingly liberating.

So when I was approached to take part in the Play On! project, sponsored by the Oregon Shakespeare Festival, the whole idea of translating Shakespeare into modern English made perfect sense to me. Could I translate away some of the four centuries of syntactical shifts and evolving vocabulary?  I was initially daunted by the scope of my particular assignment — to translate the three parts of Henry VI, three full-length plays that are connected narratively beginning with the English occupation of France in the 15th Century and ending with the War of the Roses. These are plays I had seen them performed once, although I’d never really studied them closely. But one clear advantage I had over the other translators was that there is really only one famous line in all three of the plays: “The first thing we do, let’s kill all the lawyers.” I wouldn’t have to be tackling cherished passages like “To be or not to be.” 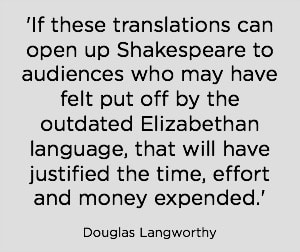 When I started digging into the texts, I found out that these are some of Shakespeare’s earliest plays. You can feel that Shakespeare is just starting to flex his playwriting muscles — the verse has flow and vigor, but the language is more plainspoken and not as poetic as in his later plays. My first decision was to maintain Henry VI’s galloping iambic pentameter.  I soon found there were many lines — perhaps 40 percent – that were perfectly understandable to a contemporary ear, and I wouldn’t touch those lines. (“First do no harm” as Lue Douthit, the project’s director, would say to me.)

So my goal became to take the lines that did have outdated syntax or archaic terms and translate those to match stylistically the 40 percent of the lines that could stand as is. I guess you could say I would be translating archaic Shakespeare to match contemporary Shakespeare. Hopefully, in the end, a listener won’t be able to tell where Shakespeare ends and I begin.

Whenever you translate, it’s helpful to have in mind the audience you are translating for. While talking with my stepfather, Phil, about this project — and he’s an avid theatregoer who’s seen many Shakespeare plays — he confided to me that it always takes him 20 or 30 minutes of struggling to get on-board with the language in a Shakespeare production. And I think there are many Phils out there — cultured, educated folks who nevertheless find Shakespearean language a bit of a barrier to fully engaging with the play. So in my mind, I’m translating for those audience members.

Much has been said and written about Play On! and here is my bottom line. First of all, it’s a fascinating and worthy experiment. By hiring a diverse array of playwrights to translate the plays, the results are going to be surprising and varied. Some will work, and some won’t. But no harm, no foul. These translations will not replace the originals, which will continue to exist and be produced for time immemorial. Will these translations be produced? Despite the fact that theatres will have to pay royalties to the translators, some of them already have received full productions. 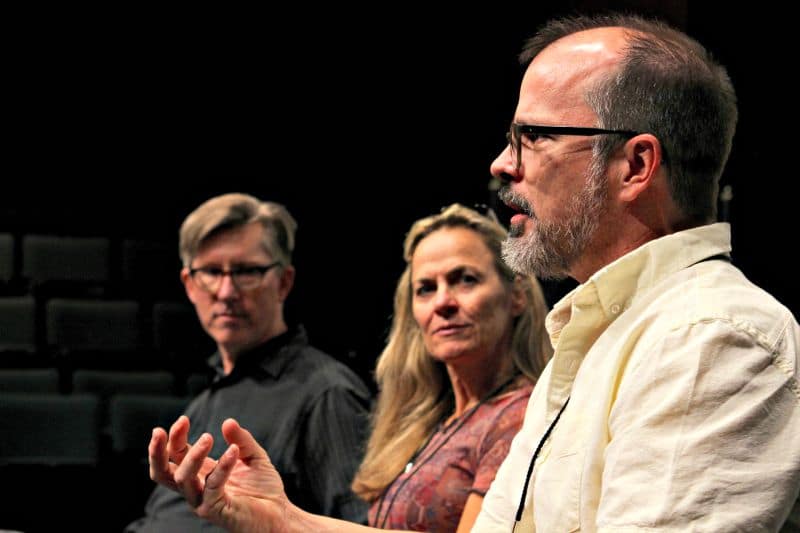 Douglas Langworthy, far left, hosts the DCPA Theatre Company’s “Perspectives,” a public conversation about each new production, on the evening of its first preview performance. Next up: 6 p.m. on April 8 for “Sweeney Todd” in the Jones Theatre.  Photo by John Moore for the DCPA’s NewsCenter.

In my mind, if these translations can open up Shakespeare to audiences who may have felt put off by the outdated Elizabethan language, that will have justified the time, effort and money expended.

I’m almost finished with my three translations. I’ve even had a reading of Part 1 here at the Denver Center. I’ll be very interested to see how my “do no harm” approach measures up alongside the work of the other translators. I have found the work slow, exacting but very satisfying. It’s hard not to view the Henry VI plays as a testing ground for what we know will come: the first draft of Richard III, his first strong woman in Queen Margaret, his first English history play. But the plays work on their own as rousing, action-packed historical dramas with clear-cut characters and that accessible language. In fact, in these plays Shakespeare seems to have put a high value on the accessibility of the language, and so have I with my translations. As I said, I hope that my hand disappears beneath Shakespeare’s.

It’s his voice we want to hear.

About our Guest Columnist
Douglas Langworthy is the Literary Manager and Dramaturg at the DCPA Theatre Company, where he helps manage the theatre’s new-play development program. Prior to Denver, Douglas served as Dramaturg and Director of Play Development at McCarter Theatre in Princeton, N.J. for two years and Director of Literary Development and Dramaturgy at the Oregon Shakespeare Festival for seven. While there, he developed a new adaptation of Dumas’ The Three Musketeers with Linda Alper and Penny Metropulos, and a new translation of Brecht’s The Good Person of Szechuan, both for the 1999 season. In the 2004 season, he collaborated with director Ken Albers on a new adaptation of Friedrich Dürrenmatt’s The Visit. In 2007 he collaborated with Metropulos and Linda Alper to write lyrics and book for the new musical Tracy’s Tiger, based on the novella by William Saroyan, with music by Sterling Tinsley. He has translated 15 plays from German, which include Spring Awakening by Frank Wedekind, Medea by Hans Henny Jahnn and The Prince of Homburg, Penthesilea and Amphitryon (National Theatre Translation Fund Award). He was for many years the Dramaturg for Target Margin Theater in New York, which produced his translation of Goethe’s Faust in 2006, directed by David Herskovits. With David Herskovits and Thomas Cabiniss, he also co-wrote the libretto for The Sandman, a new opera with music by Thomas Cabaniss.

Editor’s Note: The DCPA NewsCenter offers a regular guest column from a variety of local and national voices covering a wide range of theatre topics. To submit a proposed guest column, email your name and topic to jmoore@dcpa.org.