Cajardo Lindsey of ‘The Christians.’ He is pictured below right on the first day of rehearsal for the 2017 Colorado New Play Summit on Tuesday.

MEET CAJARDO LINDSEY
Understudy to Associate Pastor Joshua in The Christians, Reggie in Last Night and the Night Before (2017 Colorado New Play Summit)

At the Theatre Company: All the Way, A Raisin in the Sun, Just Like Us. Other Theatres: A Raisin in the Sun, Wait Until Dark, To Kill a Mockingbird (Arvada Center) The Whipping Man, The Brothers Size, In the Red and Brown Water, Marcus: or The Secret of Sweet, Fences (Curious Theatre). TV/Film: “Medium,” “Crash,” “In Plain Sight,” “Easy Money,” Silver City, MacGruber, Force of Execution, Assassins’ Code, Independence Day: Resurgence (2016), Shot Caller (2016), Somnio (2016).”

A new play about the mystery of faith and what happens when a doctrinal controversy shakes the foundation of a large community church. 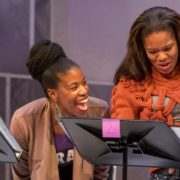 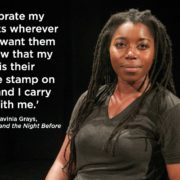 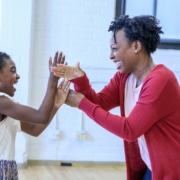 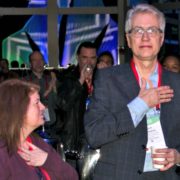 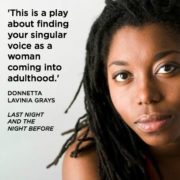 Deeper dive: A closer look at ‘Last Night and the Night Before’
0 replies