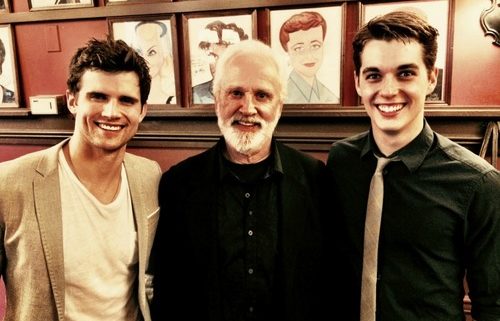 Cast members from the  Broadway and national touring productions of Pippin The Musical gathered on July 31 to celebrate the unveiling of John Rubinstein’s caricature at the famed Sardi’s restaurant in New York’s theatre district.

Rubinstein originated the role of Pippin in 1972. He will be playing Pippin’s father, Charlemagne, when the national touring production launches at Denver’s Buell Theatre from Sept. 6-20.

Sardi’s, located on 44th Street between Broadway and Eighth Avenue, has been famous for hanging  more than 1,300 caricatures of  show-business celebrities since it opened at its current location in 1927. A photo of John Rubinstein’s caricature at Sardi’s. Rubinstein poses with  cast members of the “Pippin” Broadway and tour casts.