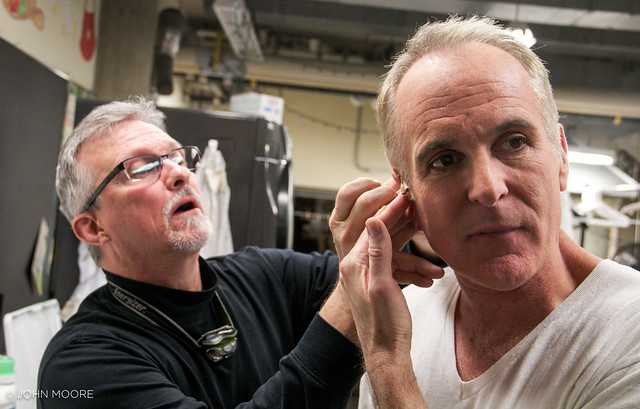 Photos from opening night of the DCPA Theatre Company’s 24th staging of the holiday classic A Christmas Carol, starting backstage before the show and through the party afterward. You’ll see the crew preparing the stage and actors in their dressing rooms, including the new Scrooge (Sam Gregory) having his wig applied. To see more, click the forward arrow on the image above. All photos by John Moore for the DCPA NewsCenter.

The younger cast members had plenty of energy after the opening performance of the DCPA Theatre Company’s ‘A Christmas Carol’ for the after-party. Photo by John Moore for the DCPA NewsCenter. Video series: Behind the Scenes at 'A Christmas Carol'
0 replies