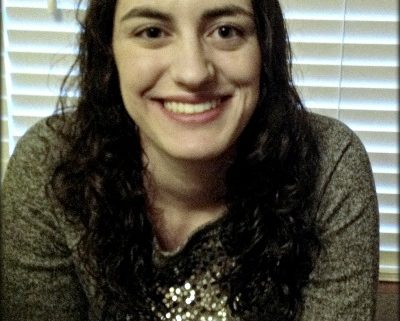 Today on Denver CenterStage, we continue our exciting daily countdown of the 10  student playwrights have been named semifinalists for our second annual statewide playwriting competition. (Details below.)

What is your play about? It focuses on a world where men and women have been split into two separate societies, permanently segregated by a border called “The Divide.” Emilie, a young girl on the women’s side, struggles with her aunt’s expectations of her and the regulations of The Divide.

Favorite word that appears in your script: “Archaic.”

Excerpt: “It’s quite foolish to simply avoid answering, Mrs. Walters. Silence will only hurt you. Do you not realize the results of your actions? The Divide is not to be crossed, ever.”

Who was your inspiration for writing your play? My grandparents and parents.

Killer casting: I would cast Britt Robertson (Life Unexpected, Under the Dome) as Emilie, because she has experience acting in television, and would be able to portray my character well.

What did you learn from writing this play? I learned that writing a play is vastly different from writing something like a book or short story – but very fun as well.

About the Denver Center’s 2014 Regional Youth Playwriting Workshop and Competition:

What: “Your Story. Our Stage”: A one-act playwriting competition designed for area high schools. Local playwrights and DCPA Education staff members taught 143 playwriting workshops in 45 Colorado high schools. More than 2,899 high-school students participated in those workshops, which were held in every school district in the Denver-metro area and in 13 counties, including Chafee, Larimer and Las Animas.

How: A total of 158 submissions were judged blindly by DCPA artistic, literary and education professionals. Ten semifinalists are being identified through this rolling daily countdown. At the end of the countdown, three winners will be named. They will receive a cash scholarship of $250 each AND a staged reading in the 2014 Colorado New Play Summit next month. In addition, each teacher of the three finalists will receive a $250 gift certificate for books, supplies or other teaching tools for their classrooms. One play also will be presented as a fully staged performance exercise for DCPA Education students in the summer of 2015.