Itamar Moses’ world-premiere play asks: ‘What if you had a life-changing epiphany … that turned out to be wrong?’

Check out our conversations with the principal creatives behind the Denver Center Theatre Company’s world-premiere production of The Whistleblower: Playwright Itamar Moses, Director Oliver Butler and lead actor Karl Miller.

The Whistleblower is the story of a screenwriter who sets out on a quest to serve up some hard truths to his co-workers, family, exes and friends. “He spends the play being the figurative whistleblower in his own life, ferreting out the lies and the compromises lurking underneath all of the relationships in his life,” Moses says. Adds Butler: “I love the idea of someone having what they thought was a life-changing epiphany … that turned out to be wrong.”

Also: Learn about the uncommon relationship between Moses and Miller, who three times now has originated a role in a Moses play who largely represents the playwright himself. “There’s no such thing as a disinterested pursuit of truth,” says Miller. “So eventually you are going to hit paydirt in your own soul and find the lies you have been living.”

Video bonus: How did they build that beautiful boat?

A key scene in The Whistleblower takes place on a boat, and in this new NewsCenter video, Denver Center Theatre Company Lead Scenic Technician Marco Markiewicz tells us how they did it, from building the boat to cutting it down to size to moving it across the street (in a snowstorm!) to fitting it onto the stage (a round stage!) to the final result. Interview by DCPA Senior Arts Journalist John Moore. Video shot by DCPA Video Producer David Lenk, Marco Markiewicz and John Moore. 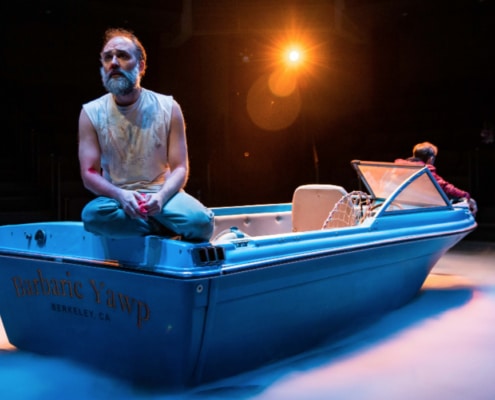 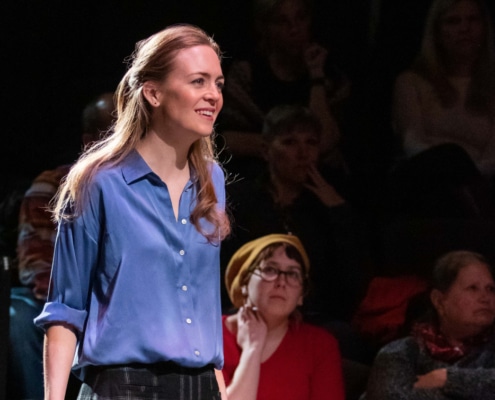 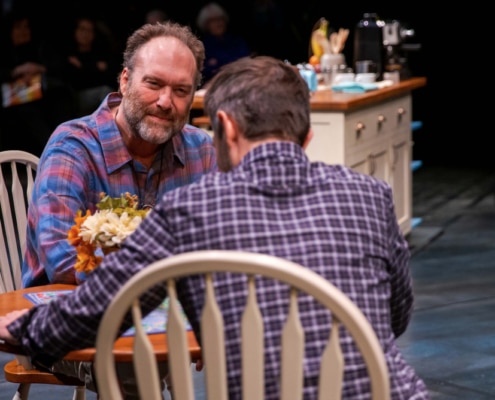 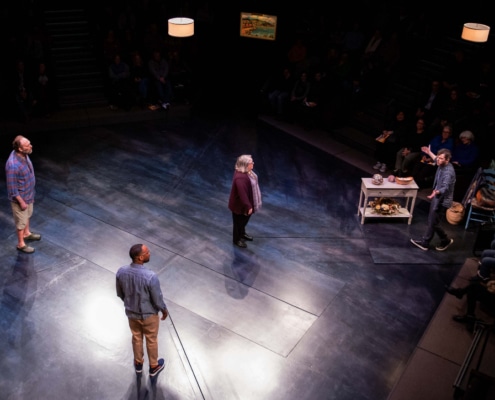 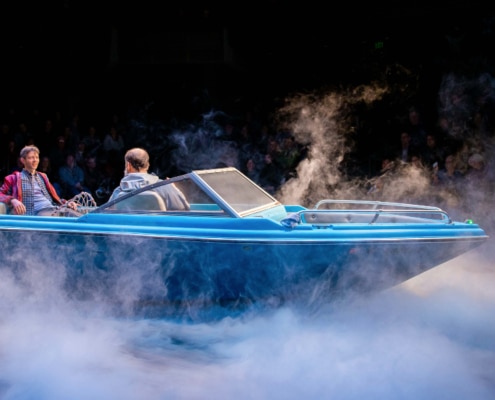 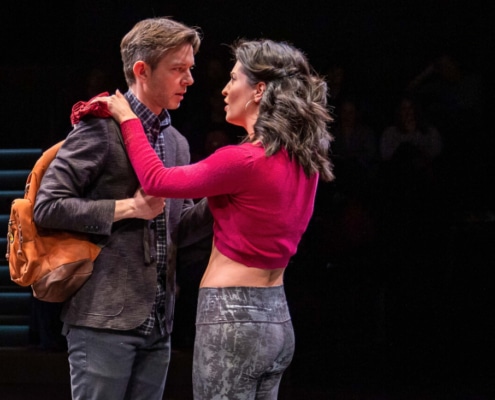 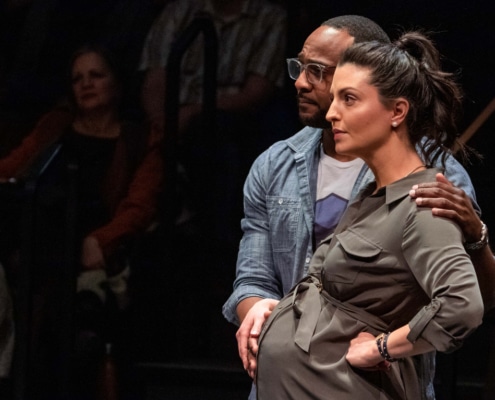 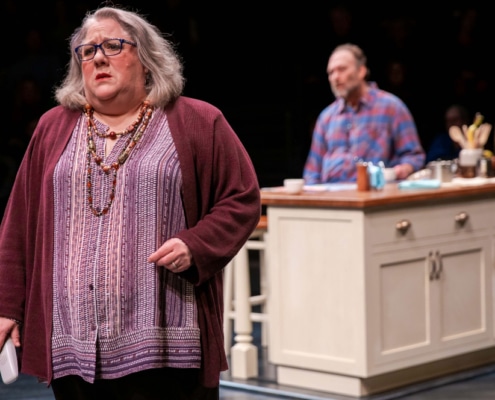 Ben Beckley and Karl Miller in ‘The Whistleblower.’ Photo by Adams VisCom. 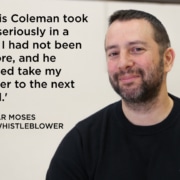 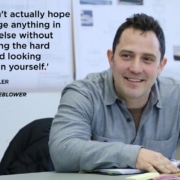 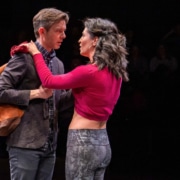 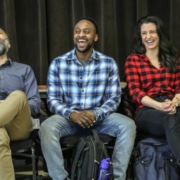 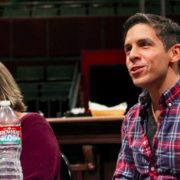