In this third video in our series taking you backstage to the making of the DCPA Theatre Company’s 2016 staging of A Christmas Carol, the creative team shows how they built an opulent new sleigh for the grand entrance by the Ghost of Christmas Present, complete with presents, lights and lots of food. How DO they make those Jell-O molds? Take a look. Our guests include Technical Director Eric Rouse, Props Artisans David Hoth, Georgina Kayes and Katie Webster, who say the twinkling sleigh was inspired by a picture-perfect postcard. Video by David Lenk.

The making of A Christmas Carol: Our photo gallery 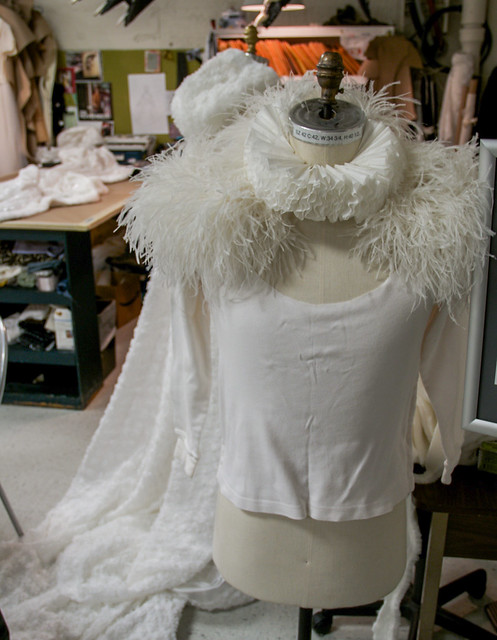 To see more photos, click on the “forward” arrow on the image above. Photos by John Moore for the DCPA NewsCenter. Deeper dive: A closer look at ‘A Christmas Carol’