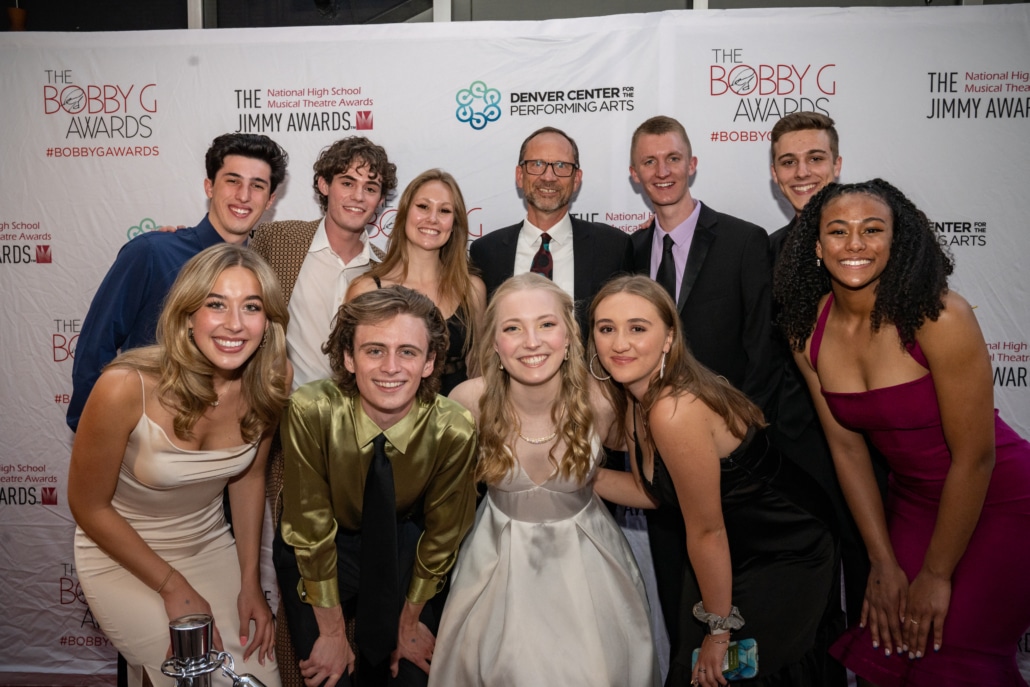 The Bobby G Awards took place May 26 at the Ellie Caulkins Opera House. After walking a red carpet for interviews and photo ops, over a thousand students and educators were joined by family and friends at the ceremony. The event was hosted by Abigail Brooks, 2018 Outstanding Lead Actress winner and most recently seen on the 20th season of American Idol. Performances by the five nominated Overall Production schools took place throughout the evening as well as a medley sung by the ten nominated Lead Actors and Actresses.

The Bobby G Awards is a regional high school musical theatre program that participates in The Jimmy Awards® and honors Colorado students and educators in the areas of performance, design, direction, choreography, musical direction, orchestration, technical production, and overall production excellence. The evening serves as an opportunity for the DCPA to honor Colorado musical theatre educators and the programs and for Colorado students to celebrate and support each other.

Historically, the winners of the Bobby G Outstanding Lead Actor and Actress awards represent Colorado in a week-long series of intensive workshops with industry professionals and rehearsals in preparation for a one-night-only Jimmy Awards® on Broadway. The Jimmy Awards® will return to an in-person event for the first time in two years and will take place at the Minskoff Theatre in New York City on June 27, 2022.

While Madison is honored to receive the Lead Actress award, she is not able to attend The Jimmy Awards®. Madison will be representing Colorado in the National Finals for the Distinguished Young Women Scholarship, which has conflicting timing with The Jimmy Awards®. She won the scholarship’s regionals last year and she committed to the National Finals before she was nominated for The Bobby G Awards. Ella Plourde, the nominee from Valor Christian High School, will attend The Jimmy Awards in Madison’s place.

Outstanding Overall Production of a Musical

Outstanding Performance by an Actor in a Supporting Role

Outstanding Performance by an Orchestra

Erin Pettitt, A Chorus Line, Denver School of the Arts