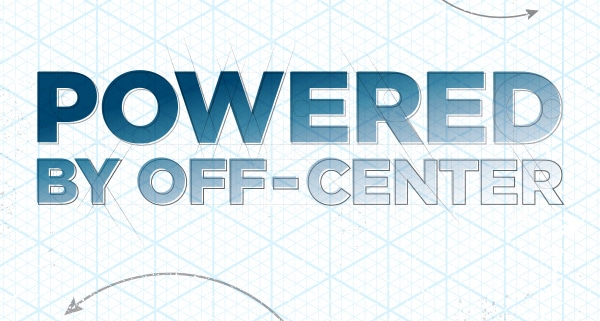 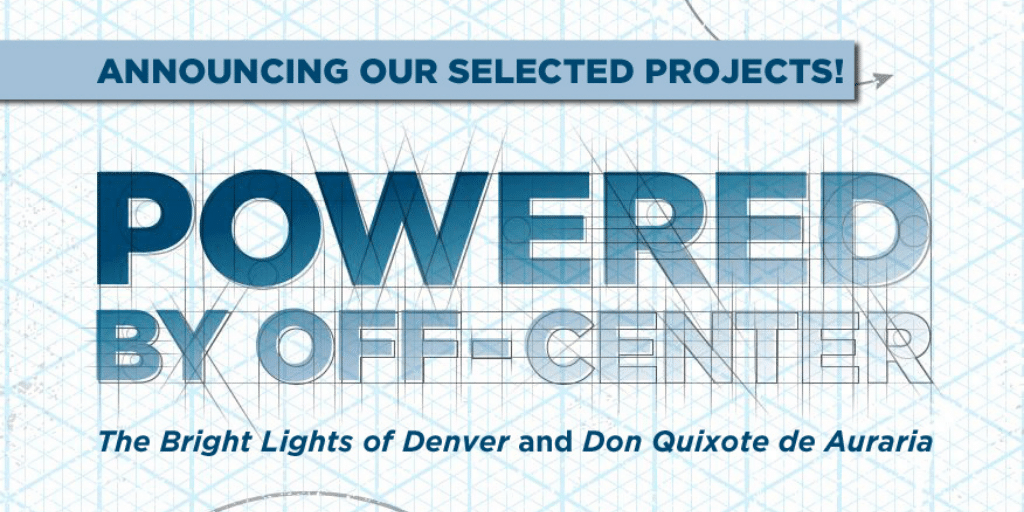 DCPA Off-Center is pleased to announce not one, but two projects have been selected as part of its Powered By Off-Center program.

The Bright Lights of Denver, created by Kenny Moten and Jessica Hindsley, will receive a fully-produced, world premiere in June 2021 while Don Quixote de Auraria, created by James Lopez, Jenny Filipetti, James Brunt and Thomas Vincent in collaboration with Gregorio Alcaro, has been optioned for future development.

“The selection committee was inspired by the big ideas, exploration of new forms, relevant themes addressed, creative COVID precautions, and the overall diversity of the submissions,” said Charlie Miller, Off-Center Curator. “The strong turnout is proof that Colorado’s resilient artistic community is still finding ways to be creative despite the devastating challenges we have faced this past year.”

The Bright Lights of Denver will combine the thrill of an investigative documentary podcast with opportunities for audience members to engage with the characters and discover new parts of the story through social media, live Q&A sessions, and by finding “Easter eggs” hidden at historic landmarks throughout the city. Aspiring novelist-turned-journalist Ryan Streeter begins diving into the history and allure of Denver for a new podcast. But when a simple encounter with a source ends in a  sudden disappearance, Ryan is caught in the middle of a Mile High mystery he could never have anticipated.

The Bright Lights of Denver four-part series will begin in June 2021 with a new episode released each week. Visit denvercenter.org/email to sign up for updates.

“I can’t wait to help bring Kenny and Jessica’s vision for The Bright Lights of Denver to life,” Miller continued. “I love its unique mix of podcast, social media and Zoom-based interactions, and a city-wide scavenger hunt. While you can just enjoy it as a podcast, there will be so much more to explore for audience members looking for more story and adventure.”

Last December, DCPA Off-Center invited Colorado artists to propose new theatrical experiences as part of its Powered By Off-Center program. Proposals were instructed to contain a narrative thread, put audiences at the center of the story, be COVID-safe and able to be created and produced over three months with a $10,000 production budget.

Thirty nine projects representing 82 Colorado artists were submitted. A selection committee, made up of DCPA staff from across the organization, prioritized projects that were uniquely audience centric, flexible enough to deliver a meaningful experience no matter the COVID precautions, and could realistically be produced with the limited budget and resources available. Of the submissions, ten semi-finalists were narrowed to three finalists. In addition to The Bright Lights of Denver, they are:

Finalist / Optioned for Development: Don Quixote de Auraria
Proposed by James Lopez, Jenny Filipetti, James Brunt and Thomas Vincent, in collaboration with Gregorio Alcaro
A magical modern-day retelling of Don Quixote set amidst the real community history and ongoing issues of housing and urban development that shape downtown Denver and Auraria. The worlds of past, present, and possibility will blur as attendees complete quests alongside fellow knights-errant and together determine the future of our city.

Finalist: LIMINAL
Proposed by Eryc Eyl, Shubhra Raje, and Mare Trevathan
Binary conceptions dominate the narrative of contemporary conversation: male vs. female, Republican vs. Democrat, Black vs. white, real vs. virtual. LIMINAL is an immersive online theatrical experience that invites participants to challenge these binaries, embrace the complexities, and explore the truths that lie in the in-between.

Semi-finalist: Charlie
Proposed by Confidence Omenai, Manuel Aragon, and Frank A. Oteri
The idea is presenting Charlie, a play about governmental and parental response to a generation of children who are born with unimaginable powers, in a guided multi-sensory format that incorporates different aspects of government surveillance, one of the major themes of the piece.

Semi-finalist: Into the Darkness
Proposed by Lauren Trujillo and Taylor Trujillo
An immersive dive into the life, work, and untimely death of Edgar Allan Poe

Semi-finalist: LAByrinth
Proposed by Sarah Vitak
An experienced research guide will help audience members along their path as they try out each step of the “unscientific method” — a surreal combination of science and divination. Together participants will find answers, clues, connections, or maybe just more questions!

Semi-finalist: the “I” in Invisible
Proposed by Edgar L. Page
the “I” in Invisible asks that audiences allow opposing truths to collide as social commentary and civic intervention begin to intersect within this uniquely interactive talk show styled experience (think a lively mash-up of an ABC Afterschool special, the Dating Game, The Real World, and Oprah all at the DCPA)!

ABOUT THE CREATORS OF THE BRIGHT LIGHTS OF DENVER

Kenny Moten is an award-winning creative director, writer, and vocalist who has performed on stages from New York to Los Angeles. Kenny began his career in the world of musical theatre, but his true passion lies in working behind the scenes. After years of performing onstage, Kenny served as the Artistic Director of Midtown Arts Center in Fort Collins, CO. Kenny also served as Creative Director of Imprint Group, one of Denver’s premier corporate event planning companies. He was awarded the International Special Event award for “Best Theatrical Production” for his work with Imprint on the 2017 and 2018 Beaux Arts Ball for National Jewish Health. Kenny continues to work with a wide spectrum of organizations and is regarded as a force in the creative community. He is also the Co-Creator of Heart of the Holiday, Motones vs. Jerseys, 12 O’Clock Tales, and Take to the Highway. His directing credits include: Caroline, or Change at Aurora Fox Arts Center, Smokey Joe’s Cafe at Midtown Arts Center, and Denver Actors Fund’s Miscast 2020. When he is not producing or creating innovative new works he is collaborating with the dynamic collective he began a few years ago: Narrative Creative Consulting.

Jessica Hindsley received her BFA in Acting and Directing from the University of New Mexico and has spent the last 17 years writing, performing, directing, producing, choreographing and teaching all over the Front Range and around the world. Locally her work has been seen at the Arvada Center, BDT Stage, The Vilar Center, The Lincoln Center, Lone Tree Arts Center, Candlelight Dinner Playhouse, PACE and many others. She is the original choreographer and a co-producer of Motones vs. Jerseys and co-creator and choreographer Heart of the Holiday, a new holiday musical, that opened in Fort Collins. In 2013 Jessica started Ophelia Rose Production Company and produced The Diamond Follies, a Vaudeville and variety show that played to sold out houses two years in a row. Outside of the theatre she has spent the last six years as a creative collaborator producing content and events locally and across the globe. Her love for thrifting and quirky, interesting things shifted to a business venture in 2016 with an online ecommerce business that has grown exponentially today providing an unexpected source of new and incredible stories waiting to be told. 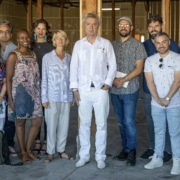 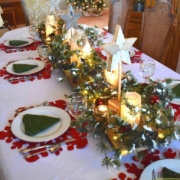 Create a Christmas Wonderland at Home 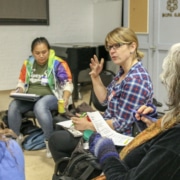 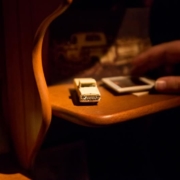 Off-Center: What’s the prop? Close up photo of odd object 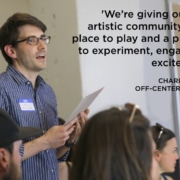 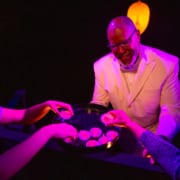 First Look: Theater of the Mind