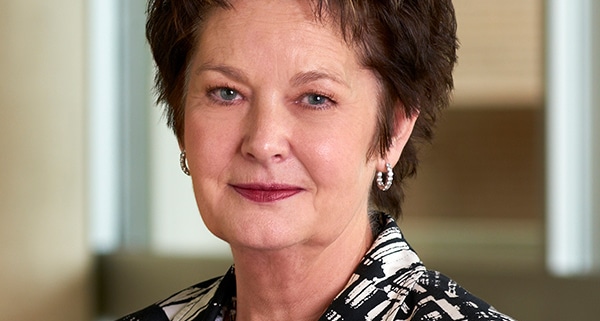 Nearly 30 years ago, Kennith and Isabelle Clark moved to Colorado — he for work as an architect and she to embark on a cultural excursion that she never anticipated. 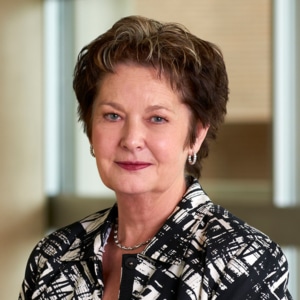 A native of Scotland, Isabelle never imagined that Denver could boast a theatre scene that rivaled the West End, so she was more than surprised to discover the DCPA Theatre Company. “When Kennith and I moved to Denver,” said Trustee Isabelle Clark, “being a Brit, one of the first things that caught my eye was the [former] red double-decker bus on the 16th Street Mall where DCPA tickets were being sold. That very night we saw The Scarlet Letter.”

Her involvement with the Denver Center for the Performing Arts was a bit like a fine wine that aged over time. First, as a patron, she and Kennith attended plays until he passed away in 2001, and theatre stepped in as Isabelle’s companion.

She joined the DCPA’s Directors Society and Best of Broadway Society shortly thereafter, where she found individuals who shared her deep love for theatre. Both then and now, these theatre aficionados gather for an in-depth look into a play, which they discuss over dinner before the show.

In 2002, the DCPA embarked on a renovation project of the Historic Tramway Building at 13th & Arapahoe, which serves as its education and theatre production headquarters. Isabelle was one of many generous individuals and companies that demonstrated their love of the performing arts through a generous donation. The project began in May 2002 and was completed in April 2003. It included what was — at the time — the nation’s largest theatre education facility located within an arts center. The space boasted a 185-seat theatre for student and Theatre for Young Audiences productions, 14 studio spaces to expand education classes, and renovation of the administrative and production facilities. This project enabled DCPA Education to expand its work with students from 80,000 to 140,000 over the next 17 years.

Isabelle felt it important to support the next generation of artists and became heavily involved in the Education Department’s former National Theatre Conservatory, a three-year graduate acting program of eight students each year. Not only did she contribute to their annual repertory productions, she also served as a surrogate mother of sorts, by hosting dinners, offering support and befriending each class over their three years in Denver.

In the subsequent season, Isabelle deepened her relationship with the DCPA Theatre Company by becoming a Producing Partner on The Merchant of Venice directed by Anthony Powell. She was admittedly “a little bit of a Shakespeare hound,” and went on to lend her financial support, including her support of this season’s current production of Much Ado About Nothing directed by DCPA Theatre Company Artistic Director Chris Coleman.

When the DCPA launched its pioneering Women’s Voices Fund in 2005, Isabelle joined as a Founding Member to illustrate her support for the work of female playwrights and directors. As the first fund of its kind in the nation dedicated exclusively to the advancement of women playwrights, the Women’s Voices Fund is currently valued at $1.7 million and has enabled the DCPA Theatre Company to produce 38 plays by women (including 17 world premieres), commission 24 female playwrights and hire 38 female directors.

As one of the staunchest advocates of the Denver Center for the Performing Arts, Isabelle was asked to join the Board of Trustees in 2007. She served on the Board as well as its Education committee for 15 years until stepping down earlier this year.

In addition to her numerous contributions over the years, Isabelle most recently contributed to the DCPA’s “A Grander Opening” capital campaign to renovate the 40+ year old Bonfils Theatre Complex.

“All these years later I am so very proud to be a small part of this Tony-winning Theatre Company,” she said upon making the gift. “For four decades, this incredible company of passionate and talented individuals has entertained nearly six million people with thought-provoking plays and heart-warming musicals. I am delighted to be able to honor Kennith, and this amazing organization, with my gift to the Capital Campaign.”

To recognize this important gift, Section One of the newly renovated Kilstrom Theatre was dedicated in memory of Kennith Clark.

In a 2018 interview, Clark expressed why she has had such a long-lasting relationship with the DCPA: “I think the arts are so important. I think people learn better when their minds are open to the arts. I think it’s amazing and I think the Denver Center is so important because it has, I think, been the root of the culture of theatre we have around Colorado.”

“As two transplants from Europe, Isabelle and I were both delighted to discover extraordinary theatre right here in Denver,” said outgoing DCPA Chairman Martin Semple. “Her involvement and leadership at the DCPA for nearly 30 years demonstrated her commitment to world-class productions and the nurturing of our next generation of actors. Isabelle was a constant presence at our productions, in our classrooms and at our community productions and events. Her financial contributions combined with her influence as a Trustee helped the DCPA become a leader in new play development and immersive theatre, a place to foster aspiring theatre artists and a world-class venue in which to produce the best in live theatre. We are deeply saddened by her passing.”

“On behalf of the Board of Trustees of the Denver Center for the Performing Arts, I would like to express our deepest appreciation to the legacy that Isabelle Clark leaves behind,” said DCPA Chairman Hassan Salem. “Students, audiences, playwrights, directors and our team members have been enriched by her generosity, commitment and passion. She will be greatly missed.”

Isabelle Clark passed away suddenly on Thursday, October 27, 2022 after a short illness. Her contributions throughout Colorado’s theatre community will leave a lasting impact on the students, audiences and artistic teams who benefited significantly from her generosity. Details on a service are forthcoming.