You may find that it takes a few minutes to adjust to the language, form and plot of Choir Boy, by Tarell Alvin McCraney. You scoop story developments by the earful, rather than following them as a straight line, so listen up, because the transitions are subtle and stitched together by, of all things, some impressive choral singing. That singing takes care of any plot synapses and, by paying attention, you will have it all pieced together by play’s end. 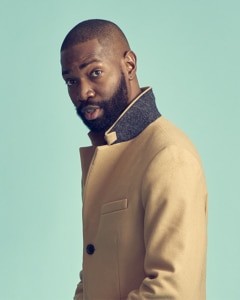 In short, you have to do a little work to fully absorb the range and delicacy of this enterprising play. But if its form is novel as well as alluring, the basic tale is not impenetrable. It tracks events at Drew, a prestigious prep school for African American boys famous for its choir. Pharus Jonathan Young is the supersmart and sassy current leader of that choir and happens also to be Drew’s only overtly effeminate student. He doesn’t mind flaunting it as an edgy form of self-defense, as he maneuvers the twists and turns of school protocol, with its firmly supervised old-school, all-male environment.

McCraney is one of those bright, young and challenging playwrights who surprises audiences with almost every new piece he delivers. He kick-started his playwriting career while still a student at Yale, with a trilogy (or triptych, as he prefers to call it) titled The Brother/Sister Plays. It explores the African Yoruba culture and religion while set in Louisiana housing projects, presumably similar to the ones in which McCraney grew up.

This shot out of the gate brought him attention that has never let up. In spite of being, by his own admission, quite shy and extremely private, he’s an unavoidable beacon for up-and-coming young playwrights. In a single year, he received two highly prestigious and remunerative prizes: a MacArthur “Genius” grant and the Windham-Campbell Prize, part of an enviable growing list of achievements and awards. He’s also worked with some major national and international companies, and the theatrical heavy-hitters who run them and recognize his work and its value.

Popular recognition caught up with McCraney in 2016 when he co-wrote the film script for the Oscar-winning Moonlight with the film’s director Barry Jenkins. Based on one of McCraney’s plays (In Moonlight Black Boys Look Blue), it won them a joint Academy Award for Best Adapted Screenplay, and for McCraney, the kind of broader acknowledgement that a well-regarded film can bring.

Choir Boy was originally commissioned by New York’s Manhattan Theatre Club and had its initial staging in 2012 as a co-production with English Stage Company at London’s Royal Court Theatre. Because it is such an idiosyncratically ensemble piece, in which every actor/singer has his moment, as well as joint ones in the choral pieces, the search for the right performers narrows down to a coterie of singer/actors with the ability to do both things well.

We get to know the boys at Drew through the usual in-house sparring and rough-housing and we learn to distinguish the traits that bind or separate them. Racial and identity issues are subliminally always present, emerging now and then in Mr. Pendleton’s class. Pendleton is a white teacher enticed out of retirement and enlisted to share his knowledge and experience with the boys in an unusual “life” class. Specifically: how to navigate the complexities of the adult world these boys are soon to enter. He approaches the task with directness and tentative care, mindful of the fact that he’s both a lot older than they are — and in the minority here. He needs to earn these boys’ respect by delivering the right healthy stimuli to their evolving minds. What he may not have expected is what he gets to learn from them in return.

The morality tale embedded in this plot, has scenes of considerable muscular frankness, touching on African American history, identity politics, sexuality and spirituality. Because leading this choir is a coveted hallmark of Drew’s reputation as an elite school, friction simmers then erupts between choir leader Pharus and the bully-prone Bobby, the headmaster’s nephew who feels that his family connection should buy him privilege when it comes to who gets to lead the choir. 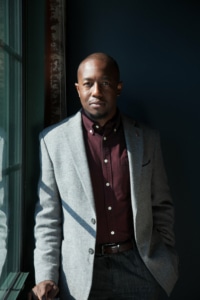 This rivalry in this play is its most memorable wrinkle: the seamless beauty of the connective singing, choral and solo, that links one scene to the next. It also is the feature that provides continuity, sharpens differences, expounds emotion, brings the boys together — and moves the story along.

Jamil Jude, the Artistic Director at the Kenny Leon Theatre in Atlanta, GA, and the director of this Choir Boy in Denver, had staged the play at the Guthrie Theatre in Minneapolis in 2014. He therefore had an earlier experience locating performers able to handle these roles. “It’s challenging,” he said, when we had a chance to talk, “because the show requires a lot of acting chops, so it needs strong actors who also can sing.”

Casting for this Denver production had not been completed at the time we had this conversation. Was he looking for actor-singers who might have been in some previous productions of the play?

“Kind of,” he said. “We’re casting out of Denver and since the play has been around for a while, and the roles are so rich, young black artists are aware of it and, to some degree, search out the opportunity to be cast.

“Given that the world we’re in is post-George Floyd and post-Ahmaud Arbery, a world that has seen black masculinity so openly attacked, what I love is that the play creates a space that doesn’t feel voyeuristic.”

Then as an afterthought, “I’ve been in that crucible, so I’m very much invested. My generation was not kind.

“This play shows us another way to be.” 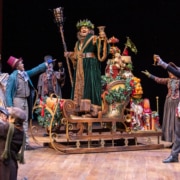 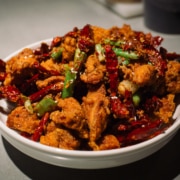 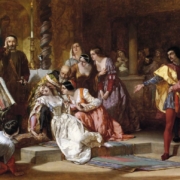 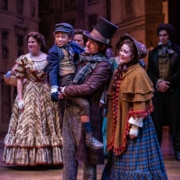 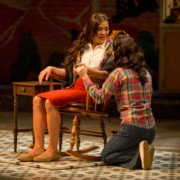 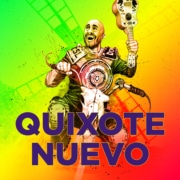