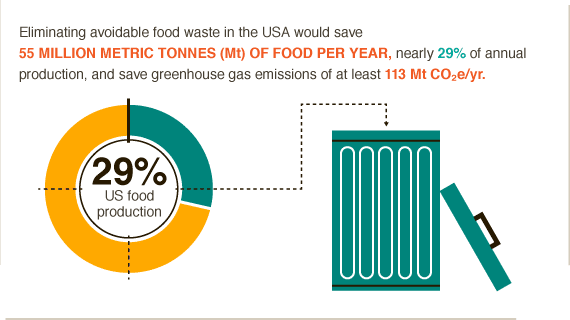 When art imitates life, you get Hadestown, the Broadway blockbuster coming to Denver August 30-September 11. Set in the underworld of Greek mythology, Hadestown touches on a variety of subjects, but one is hard to ignore both on stage and right at home.

The show opens to an increasingly industrialized world, where the sun doesn’t shine and the heat steadily increases offering no relief for the laborers. As the producers describe, Hadestown “is becoming an (under)world of oil drums and automobiles, electric grids and fossil furnaces.”

Similarly, recent headlines warn us that “The Arctic is Warming Four Times Faster Than the Rest of the Planet” from Scientific American, “Risks of death rise as climate change causes nighttime temperatures to climb” by Medical Xpress, and “Beyond net-zero: We should, if we can, cool the planet back to pre-industrial levels” from Phys.org.

The Environmental Protection Agency shares that greenhouse gases trap heat in the atmosphere, making the planet warmer. Of those greenhouse gases in 2020, 24% were attributed to industrialization and another 27% from transportation.

Much like creator Anaïs Mitchell explores in Hadestown, stories, religions and practices of past civilizations have warned us about the impact of individuals on the climate. In ancient Greece mythology, Hades was king of industry and Hadestown was his kingdom. He kidnapped and married Persephone, goddess of agriculture, forcing her to spend half of her time in the underworld. Yet when Hades selfishly wants Persephone by his side for longer and longer, her absence jeopardizes the return of summer. 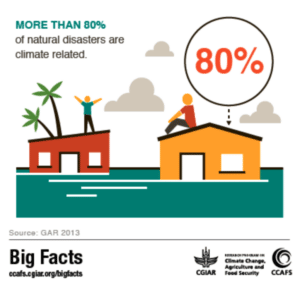 With the earth’s crops, grains, food and fertility at risk, Persephone’s mother, Demeter, implored Hades to release Persephone from the underworld.

Our own Mother Nature is making that same plea today. According to the U.S. Department of Agriculture, climate change is “affecting crop and livestock yields worldwide, which will lead to changes in food and fiber consumption, prices of agricultural commodities and farm incomes.” We’re already seeing that temperatures have increased by about 1.8° F over the last 115 years and are projected to continue increasing. Just last week the First Street Foundation released a study that predicts an “extreme heat belt” in the U.S. by 2053, stretching from Texas to the Midwest whereby more than 100 million Americans would see days with heat indices above 125 degrees. Additionally, shortly after the Industrial Revolution began, annual precipitation patterns in the U.S. began to change — more in the northern and eastern regions, less in the southern and western regions. As these shifts become more extreme, food and forage production will decline in regions experiencing drought, such as Colorado. 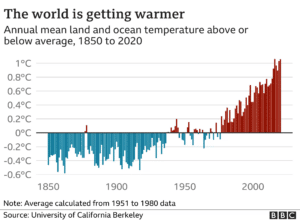 Clearly, the parallel Mitchell is trying to make between Hadestown and the world in which we live is that we all have a responsibility to be stewards of this planet. As reported by the BBC, “Temperature rises must slow down if we want to avoid the worst consequences of climate change. [Scientists] say global warming needs to be kept to 1.5C by 2100.” But if nothing is done, “scientists think global warming could exceed 4C in the future, leading to devastating heatwaves, millions losing their homes to rising sea levels and irreversible loss of plant and animal species.”

As Hadestown shares, Mitchell “draws our eye to the unfortunate reality of our shifting climate through the power of myth and storytelling.” Her lyrics in “Epic I” sum up how Persephone’s presence in the mortal world is essential the environment — flowers, crops, animals and people. 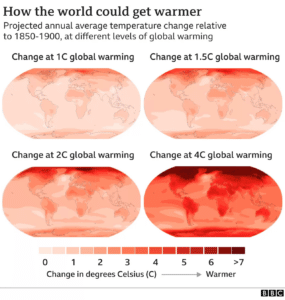 The lady loved him and the kingdom they shared
But without her above, not one flower would grow
So King Hades agreed that for half of each year
She would stay with him there in his world down below
But the other half, she could walk in the sun
And the sun, in turn, burned twice as bright
Which is where the seasons come from
And with them, the cycle
Of the seed and the sickle
And the lives of the people
And the birds in their flight

Without our own modern-day version of Persephone, what do we do? First, be inspired by seeing Hadestown and read up on climate change, climate justice and themes in the show at Hadestown Education Online.

Then, consider other options such as:
• Plant trees
• Eliminate single-use plastics
• Consider reduced-cost solar panels
• Get ready for Denver’s free compost program
• Live car-free, use an electric car or look into local e-bike rebates
• Switch from a gas heating system to an electric heat pump
• Buy energy efficient appliances when they need replacing and look into Denver’s energy rebates
• Google it! There are tons of easy, affordable and impactful ways to “live it up on top.”

Coloring Pages for Rudolph the Red-Nosed Reindeer: The Musical