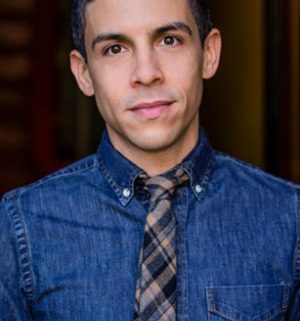 In this video interview with John Moore from the DCPA’s 2014 Colorado New Play Summit, Matthew Lopez says what makes the new-play development program unique here is “the start-to-finish approach of the process.”

Matthew Lopez has made a significant impact on the national theatre landscape in the past year, and probably nowhere more decidedly than right here in Denver. In January, he had simultaneous plays running: The world premiere of the human comedy The Legend of Georgia McBride at the Denver Center for the Performing Arts, and an uncommon Civil War drama called The Whipping Man at Curious Theatre.

The Colorado Theatre Guild bestowed nine Henry Awards on The Whipping Man, including Outstanding Production. That story followed a returning Jewish Confederate soldier in desperate need of help from his family’s former slaves in the immediate aftermath of Civil War fighting. The Legend of Georgia McBride, about an Elvis impersonator who conquers his fears and preconceptions when he enters the vulnerable world of drag performance, won two Henry Awards, including Outstanding New Play.

Today, the DCPA announced the appointment of Lopez as its first-ever Playwriting Fellow for the 2014/15 Theatre Company season.

“I’m delighted to be returning to the DCPA this season to continue what has already been a happy and fruitful collaboration,” Lopez said. “The Theatre Company’s commitment to playwrights and new plays isn’t just boilerplate. Writers know the difference between companies who claim to support new work and those that actually do. The Theatre Company is most decidedly on the right side of that divide and I am excited by the opportunity to deepen my relationship with this wonderful theatre.”

During his six-month fellowship, Lopez will serve as part of the Theatre Company’s artistic team. Lopez will bring the playwright’s voice into the production process for upcoming  world premieres of Benediction and Appoggiatura, assist with play selection for the 2015-16 season and serve as the Playwright Host for the 2015 Colorado New Play Summit.

“We are thrilled to welcome Matthew back to Denver,” said Producing Artistic Director Kent Thompson. “He is a remarkable talent and was the perfect choice to serve as our inaugural playwriting fellow. We look forward to adding Matthew’s  unique voice to our artistic discussions throughout the season and know he will help us take the Colorado New Play Summit to new heights.”

MATTHEW LOPEZ IN DENVER: THE  SERIES TO DATE:
Part 1: Why take the Playwriting Fellowship? The hunger for new work
Part 2: Lopez to students: Be citizens. Be informed. Have opinions.
Part 3: Is sweetness a risk in the American Theatre?
Part 4: Lopez’s role in the 2014 Colorado New Play Summit

Matthew Lopez is the author of The Whipping Man, one of the most widely produced new American plays of the last several years. The play premiered at Luna Stage in Montclair, NJ and debuted in New York at Manhattan Theatre Club. That production was directed by Doug Hughes and starred Andre Braugher. The sold-out production extended four times, ultimately running 101 performances off-Broadway and garnering Obie and Lucille Lortel Awards. Matthew was awarded the John Gassner New Play Award from the New York Outer Critics Circle for the play. Since then, it has received over 40 productions worldwide. His play Somewhere has been produced at the Old Globe, TheatreWorks in Palo Alto and most recently at Hartford Stage Company, where his play Reverberation will receive its world premiere in 2015. His newest play, The Legend of Georgia McBride, premiered earlier this year at the Denver Theatre Center for the Performing Arts. His play The Sentinels premiered in London at Headlong Theatre Company in 2011. Matthew currently holds new play commissions from Roundabout Theatre Company, Manhattan Theatre Club, Hartford Stage, and South Coast Rep. Matthew was a staff writer on HBO’s “The Newsroom” and is currently adapting Javier Marias’ trilogy “Your Face Tomorrow” for the screen.

Matthew Lopez working on his script “The Legend of Georgia McBride” in the lobby of the Ricketson Theatre during the production process in January. Photo by John Moore.