Do you remember your favorite childhood cartoon? Or the smell of freshly baked bread in your grandma’s kitchen? Maybe you still know all the lyrics to a classic song or keep scrapbooks filled with memories. We all find nostalgia in different things. For Valerie Igoe, it’s musical theatre. 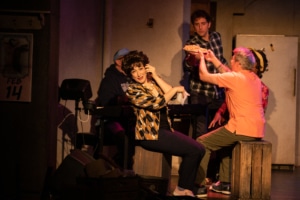 As a local actor, Igoe has been cast in productions all over the Denver metro area. A recurring theme in her projects? Deeply nostalgic musicals. From the over-the-top 80’s throwback Rock of Ages to the female-driven Beehive! The 1960’s Musical, Igoe revels in the escapism these shows provide. “You can just go escape and think about something else. Enjoy it, have fun and laugh, and don’t be so worried about what else is going on in the world,” explained Igoe.

She also has a knack for finding the joy in the mundane – a cheerful attitude that likely stems from her passion for her work and sharing it with others as a performer. Currently, Igoe plays “A Lot of People” in the DCPA Cabaret production The Other Josh Cohen. “There’s something magical about walking up from the DPAC parking garage and being in the performing arts atrium with all the people bustling around. It’s fun to be downtown in the hustle and bustle of the arts scene,” said Igoe. 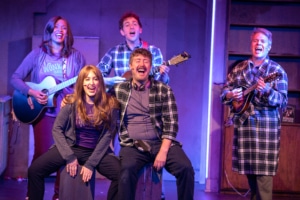 Igoe boasts that she’s the only Jewish cast member in The Other Josh Cohen, a show with many comedic Jewish themes and references. One of Igoe’s over a dozen roles is Josh Cohen’s mother, a character she based on her own grandmother. “It was a challenge to discover who these different characters are and to find physical differences and acting differences between them,” said Igoe, “Some of them I didn’t truly discover until tech!”

The Other Josh Cohen fits right in to Igoe’s escapist musical theatre repertoire. “I just think there is something so important about doing silly shows and providing escapism for the audience,” explained Igoe. And The Other Josh Cohen is a 90-minute reprieve from the outside world. “It’s such a nice story for right now in that good can come from the bad and change your mindset. Allow good things to happen to you,” said Igoe. Well, anyone who has made their way into a seat at The Garner Galleria Theatre for this production has certainly found a good thing.

Ticket tip: visit The Garner Galleria Box Office one hour before the show for half-price student and senior rush tickets (subject to availability). Prices vary by show and ID may be required. 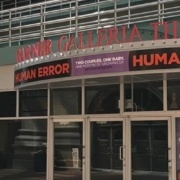 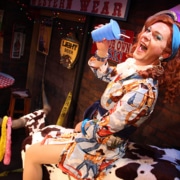