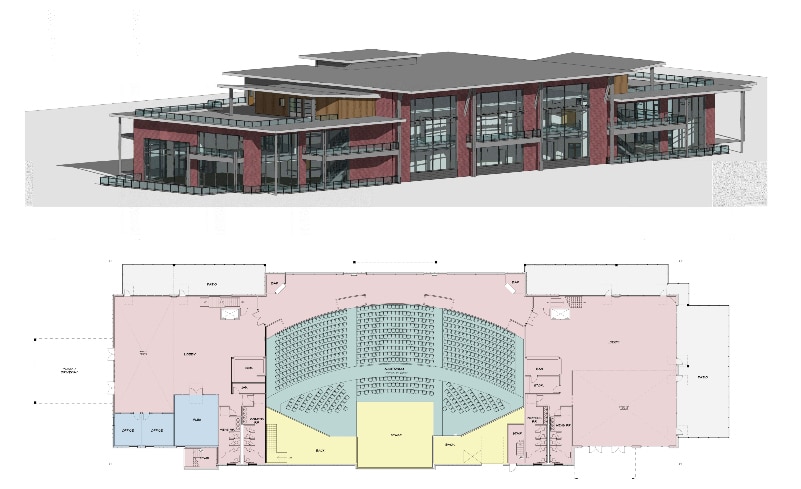 Renderings of the new Boardwalk By Candlelight Theatre in Fort Collins, opening in 2021. Courtesy Dave Clark.

Theatre in Fort Collins will come full circle in 2021 when the newly announced Boardwalk by Candlelight opens in central Fort Collins. Not only will the new theatre fill the void brought by the closure of the Midtown Arts Center in August, it will be built on land owned by the siblings who opened Midtown as the Carousel Dinner Theatre way back in 1991.

The $10 million, 800-seat Boardwalk will be a home to live theatre, concerts, conferences, weddings, events and theatre education.

“This new theatre will be the hub of the arts in Fort Collins,” said owner Dave Clark, who in 2008 opened the parent Candlelight Dinner Playhouse 17 miles south of Fort Collins in Johnstown.

In August, Clark negotiated a merger with Midtown that essentially bought him the opportunity to absorb Midtown’s 4,000 subscribers into the Candlelight. But the deal essentially amounted to a “buy and close,” given that Midtown served 40,000 audiences a year.

Read more: Midtown will close after merger with Candlelight

Since then, Clark has heard loud and clear that the people of Fort Collins want a Broadway-caliber (and sized) theatre operation within city limits, he said.

“People were clearly disappointed, and so I thought, ‘Well, we need to build them another one,’ ” said Clark.

The new theatre will be built on an empty lot on the corner of Boardwalk and Mason streets, just two blocks from where sisters Sandra Holter and her sister, Vandi Holter Deines, opened the Carousel Dinner Theatre back in 1991. In 2011, Kurt Terrio bought the Carousel and moved into the Midtown Arts Center, which has since been bulldozed. It will be turned into housing for low-income and homeless residents.

“Dave Clark took a tiny idea and he turned it into a giant one.” – Jalyn Courtenay Webb

The Managing Director of the Boardwalk by Candlelight will be Henry Award-winning actor Jalyn Courtenay Webb, who also will operate her highly successful Divabee Productions and Academy by Divabee education programs for students ages 5-18 out of the Boardwalk. Amy Madden will serve as Marketing Director.

Webb also said the Northern Colorado community was shaken by the loss of Midtown “and it seemed inconceivable not to have something like that here in town,” she said. Her immediate goal was finding a new home for her education programs, she said. But once she started talking to Clark, the plan kept getting bigger and bigger.

“Dave took a tiny idea and he turned it into a giant one,” she said.

Clark, of Loveland, is the owner of Clark Construction, which built the Candlelight in 2008 as a 350-seat, 22,000-square-foot gem of a dinner theatre at Johnson’s Corner, about 40 miles north of Denver. The new theatre will not serve dinner. There will be only one performing space, but Clark said it will be flexible to accommodate intimate productions.

Webb and Clark said it is too soon to say what kind of theatrical programming will be staged in the Boardwalk. Candlelight is proudly home to family fare, and atthe time of the merger he said not to expect the Candlelight to expand into edgier fare. But he did say “the Boardwalk will be home to all kinds of different things.”

Construction will begin in late spring with an anticipated opening in the spring or summer of 2021.

The formal design plan and other details will be revealed at a press conference on Friday.

John Moore was named one of the 12 most influential theatre critics in the U.S. by American Theatre Magazine in 2011. He has since taken a groundbreaking position as the Denver Center’s Senior Arts Journalist. 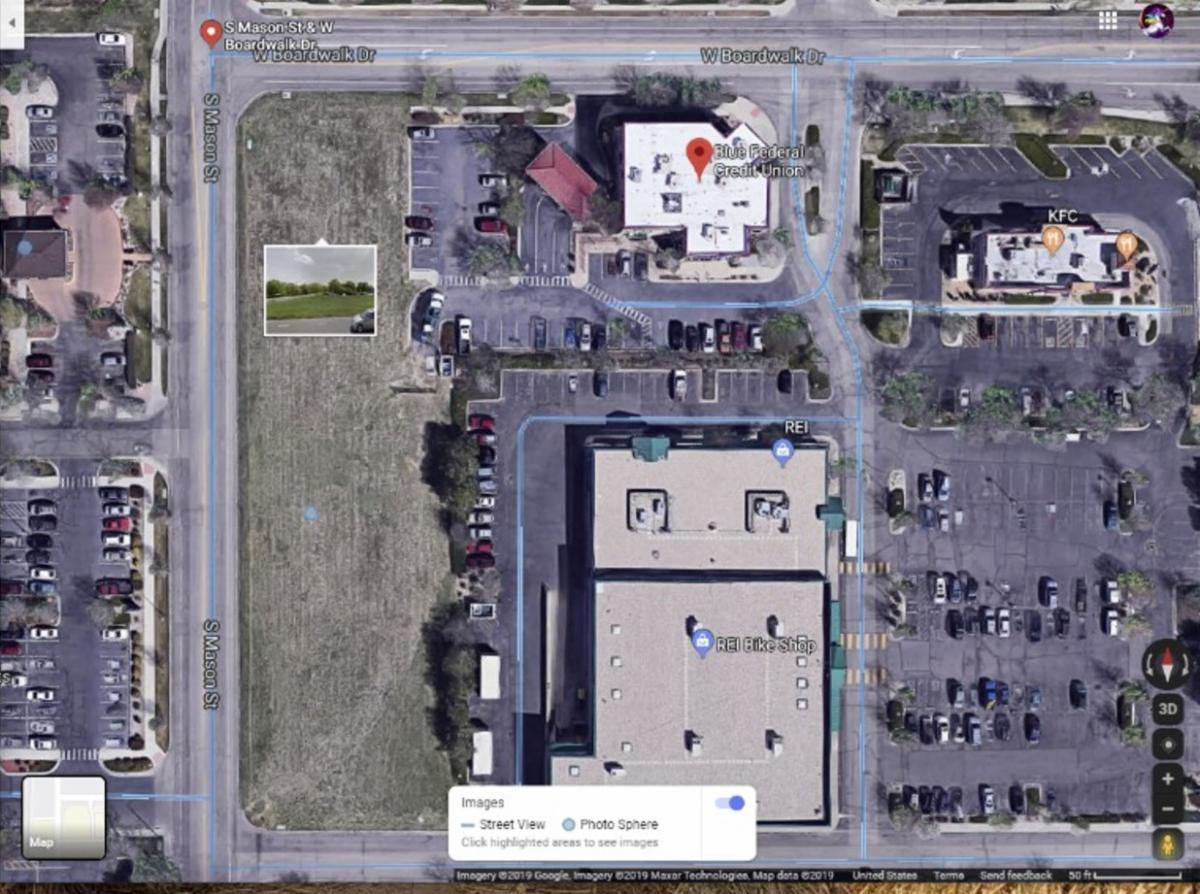 An aerial view of where the Boardwalk by Candlelight will be built in Fort Collins.