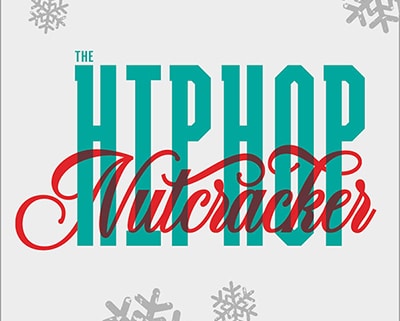 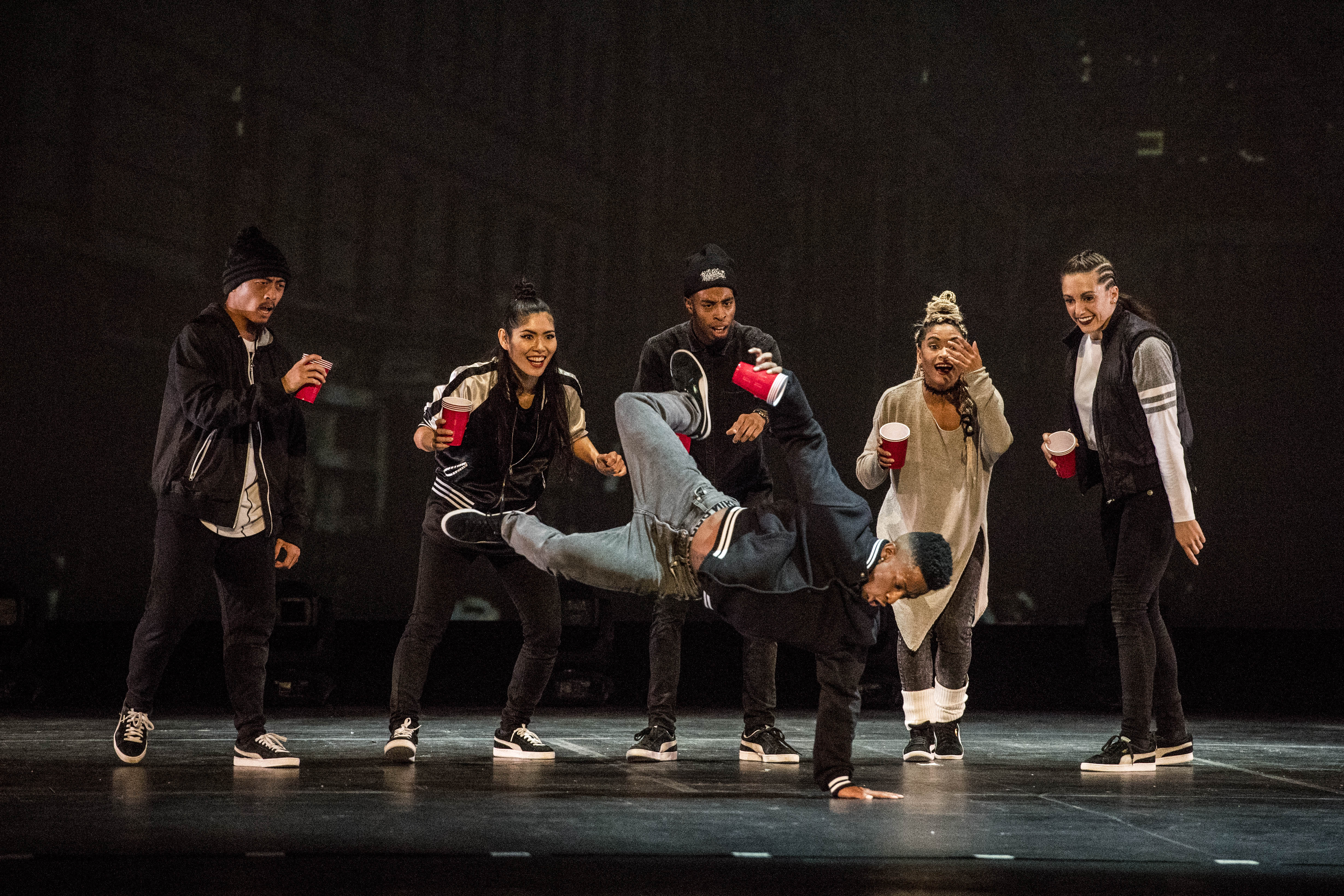 See if you can recognize these core elements of hip hop when The Hip Hop Nutcracker returns to The Buell Theatre Nov 19-20.

A technique used by DJs to rewind the record to a particular place or to intentionally make a sound.

B-Boying/B-Girling represents the dance element of Hip Hop culture. B-boy is derived from “break boy”. One of the most direct influences on B-boying may have been James Brown’s 1969 hit “Get on the Good Foot.” In film footage, James Brown does a dance called the Good Foot for the song. The Good Foot was a fast athletic and easily lent itself to dance battles between two opponents. Dancers who adapted the Good Foot style would dance in the “break” of a song.

A major genre of hip-hop dance that is highly energetic and utilizes complex and acrobatic moves, fancy and quick footwork, stylish poses called freezes, and the use of both hands and feet to propel the dancer on the dance floor. Usually, highly improvisational, dancers (also called b-boys or b-girls) battle with each other in a circle to determine who is the better dancer.

A person who plays records for a live audience. In hip-hop, deejays are hugely important because they developed the bedrock foundation for rap music. Back in the day, deejays mixed and sampled other records to make new songs, and they also pioneered the use of record turntables as a musical instrument. Turntable techniques, such as moving a record back and forth under a record player’s needle – which is called scratching – became integral parts of early hip-hop music. DJ Kool Herc is widely acknowledged as the father of hip-hop. He developed unique turntable techniques in the 1970s while throwing block parties in the Bronx.

A term for breakdance moves done on the floor with hands and feet touching the floor often.

Each count is one beat in the rhythm of the music. Each set of eight beats is an eight count.

Short for master of ceremonies or MC. The host or announcer at a party or event. At early hip-hop parties, emcees would introduce the crowd to the deejay and make announcements. Their role eventually morphed into pumping up the crowd during these events to performing rhymes along with a song’s beat. MCs in hip-hop became another term for a rapper, someone who recites rhyming verses to a beat.

A type of breakdance move where the dancer – who’s usually low to the floor – quickly assumes an acrobatic move and stays there for a couple of seconds. There are variations such as baby or chair freeze.

A dance move that involves the dancer spinning on their head with their torso perpendicular to the floor. Dancers usually wear a knit hat to facilitate spinning. They also use their arms and legs (raised out into the air) to control or speed up the momentum.

Founded in Chicago by Homer Hans Bryant of the Chicago Multicultural Dance Center; a combination of hip hop or ballet where moves are done on point openly & freely as an extension of traditional classic dance that is nondiscriminatory and empowering

Developed by Don Campbell trying to imitate a local dance called the “funky chicken,” added an effect of locking of the joints of his arms and body, thus creating his signature dance. The group called Lockers was established to help develop the locking dance. Lockin’ mesh combinations of steps and moves to a freeze or a sudden pause. Lock combinations can consist of a series of points done by extending the arms and pointing them in different directions.

A French dance term borrowed from ballet; most of hip hop is performed in plie, meaning with the knees bent.

A French dance term borrowed from ballet; go up on the toes while dancing.

Foot movement performed from a standing position, relying upon a mixture of coordination, flexibility, rhythm, and most importantly, style. It is usually the first and foremost opening display of style, and it serves as a warm-up for transitions into the more acrobatic maneuvers.

Movement that mimics the motion of a wave

Popular breakdance move where a dancer pivots on the floor in a circle using their hands and torso on the ground while sweeping their legs in the air like a windmill. 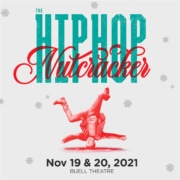 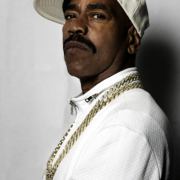 A Q&A with Kurtis Blow, the rap legend who puts the “hip” in The Hip Hop Nutcracker