Reprinted with permission of Fiddler on the Roof

What are the differences between working on this show and some of your other past projects? 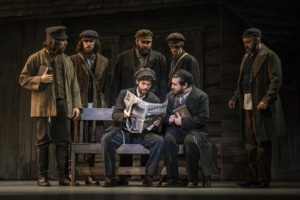 The Company of the North American Tour of FIDDLER ON THE ROOF. Photo by Joan Marcus

Bartlett Sher: Talking about Fiddler on the Roof is actually a pretty great challenge when it comes to being a director, because the show is deeply beloved and it has a very strong and rich history. It has been revived several times, and it lives within a tradition of literature that is much-beloved with very strong opinions about it. It’s a challenge in the sense that you want to summon the experience it evokes, and particularly now in history it’s a particularly interesting story to be coming back to. Fiddler takes on a series of these Tevye tales, and it follows the family through it. Our concentration is evoking the spirit of two things: One, of the pogroms and the intense world of where they grew up, and at the same time, the color and light and beauty and humor that’s in the actual spirit of the telling. So, it’s trying to marry those two things into making something fresh.

What kind of research have you done to prepare for the production?

I do a lot of research when I prepare for a show. I’ve read the Sholem Aleichem stories. I’m very familiar with the history that surrounds the Jewish diaspora throughout the twentieth century. I look at a lot contemporary politics and ideas and the experience of the Jewish community in the United States and around the world at this time. I look at the many ways Fiddler has been performed before and how other people have approached it. I think there are a lot of interesting things the system of matchmaking and how it sets up the plot, and how that wards against the ideas of love. I explore all of these elements that are part of building blocks of Fiddler, and then build my own block up from that. 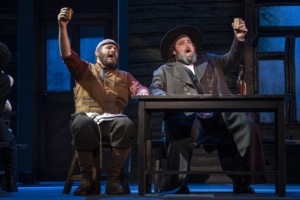 Jonathan Hashmonay (Tevye) and Andrew Hendrick (Lazar Wolf) in the North American Tour of FIDDLER ON THE ROOF. Photo by Joan Marcus

The more specific this production gets to the Jewish community, the more I hope that people see it as a universal story. Whether it’s a family with a Pakistani cab driver who have immigrated to New York, or whether they are refugees flooding out of war-torn and complicated circumstances all over the world right now, these people should understand something similar in the story of Fiddler on the Roof, and the struggles of a family to look after their children when they’re being oppressed. I hope that story can resonate so people understand that, for example, a Jewish community in New York shares a lot with an Islamic community in Tunisia, or a community in Africa. I would like grandparents and great-grandparents and grandkids and families who are Jewish to love this story, but I want it to be experienced even more universally than that.

Fiddler is a unique project for you because your family has a close connection to the people depicted in the musical. 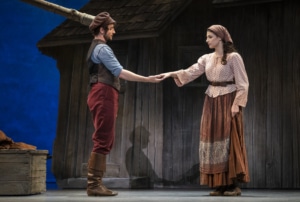 GraceAnn Kontak (Hodel) and Austin J. Gresham (Perchik) in the North American Tour of FIDDLER ON THE ROOF. Photo by Joan Marcus

My father was born in a shtetl in Lithuania, and when he was three years old my grandmother put him on a train and came up through Canada and all the way across to Southern California. My grandfather came through Ellis Island. So, I’ve always had a sort of connection to the tale, but it’s only an imaginary one. I don’t actually know what that was like. My grandparents spoke Yiddish, but I don’t have much of a memory of what that meant to me. In a way, I think that’s similar to a lot of people who read these tales. They think they should understand them better than they sometimes do. The stories are very powerful, but you can’t really explain why. It’s more in the spirit of them—the spirit of going forward, the spirit of enduring, the spirit of holding on, the spirit of living by your faith, the spirit of living by your family. This piece allows audiences to—in the same way as it did in South Pacific—discover their own past all over again, in the same way as I’m using the show to discover my past. There is a lot of joy in the journey, even though the journey is marked by suffering.

So many people know and love this show. How do you honor the tradition of the show while also making it appeal to 21st century audiences? 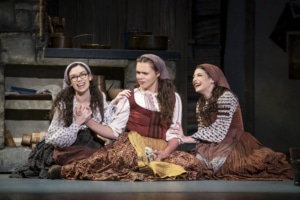 Yardén Barr (Chava) and Randa Meierhenry (Tzeitel) and GraceAnn Kontak (Hodel) in the North American Tour of FIDDLER ON THE ROOF. Photo by Joan Marcus

When you go to a revival of a show, you want two things at once: You want to experience what it was like when it was originally made and why people loved it so much, and you want to feel like you understand why it’s happening now. I have to deeply honor it, rediscover it, and push it forward.

The legacy of the show itself is built on the collaboration of Jerome Robbins, Sheldon Harnick, Jerry Bock, and Joseph Stein, but we’re living in 2015, so our audiences are slightly different. I have a different choreographer than Jerome Robbins: I am using Hofesh Shechter, who is Israeli born, Israeli trained, and he was in the Batsheva Dance Company in Tel Aviv. He knows this culture very intimately. He is going to re-explore Robbins’ work and re-shape it in his own way. He brings a very special point of view to it as a boy growing up in Israel and growing up in the tradition of these dances that go into the wedding, go into the Bottle Dance, go into “L’Chaim.” It’s in his body, and it’s in his contemporary world.

At the same time, [scenic designer] Michael Yeargan and I are trying to look at the original designs by Boris Aronson, which were very devoted to Marc Chagall. I’m looking at a lot of that art, but I’m trying to find a new way of interpreting that in the design, which may or may not honor the Chagall in the same way, but which may create that spirit of craziness that you experience in a Chagall painting. 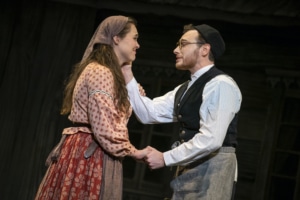 Randa Meierhenry (Tzeitel) and Daniel Kushner (Motel) in the North American Tour of FIDDLER ON THE ROOF. Photo by Joan Marcus

I feel like all of us as interpreters have to re-examine, re-think, re-connect with the material. Musicals are not museum pieces. They can’t just be re-set and repeated the same way they were 50 years ago. We have to reinvestigate them and find how the words ring true for us now, what the movement means to us now, what new artists can do to bring these things to life. These fresh reimaginings are what propel the musical theatre forward. That’s where we live and breathe. Audiences will get both experiences: You get “oh my God, that’s incredible” and “oh my God, that’s how I never imagined it.” That’s what happens in the opera, and it’s what happens in the theatre world with Shakespeare or Moliere or Chekhov. We go back, and we re-think these things for our time, and that’s the big task we have ahead of us in Fiddler on the Roof: What does it mean now? Why are we doing it now? What are we going to discover about ourselves as living, breathing people seeing the show in New York? What are we going to discover that this story tells us about where we came from and how life moves in this way?

What do you hope modern audiences will get out of this production?

Audiences will come to Fiddler and experience a full orchestra and the world and the village of Anatevka coming to life. In that exploration, they get to enjoy the thing that musical theatre does best, which is creating vivid, bold life within the community and lives of the family. I want to honor as deeply and magnify the work of Bock, Harnick, Stein, and Robbins. I think they’re great-grandfathers of my work, and I would like to create a production that lets people see how good their work is. 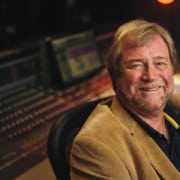 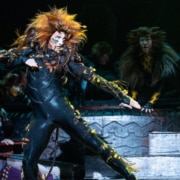 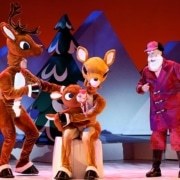 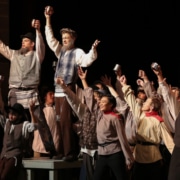