Who couldn’t use a good laugh these days? Denver has a robust calendar of hilarious standup and other comedy performances. 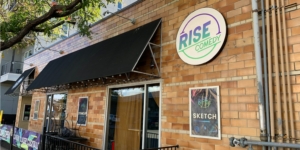 Whether you’re planning a date night, bachelorette fun, or just want to try something new, there is probably a showcase that will tickle the old funny bone nearby. Or, if you think you’re pretty amusing, check out a local improv class and become the next entertainer people are lining up to see and hear.

AND THEN WHAT HAPPENED? IMPROV!

Improv comedy is all about the interaction of a group as they keep building on a scene spontaneously, often by asking, “Yes, and….?” to keep the joke going.

Here are your local options to watch and laugh along at this style of comedy:

Formerly known as Voodoo Comedy Playhouse, RISE Comedy has bragging rights to the “longest-running improv comedy show in Denver” with their Hit and Run: Musical Improv® show. This is an hour-long Broadway style musical with live musical accompaniment — based entirely on suggestions from you, the audience. The show is every Friday.

The Bug Theater hosts improv nights, though this venue is not just for comedy. You might see the Halloween Improv Comedy Duel or Improv for a Claus here.

HAVE YOU HEARD THE ONE ABOUT THE COMEDIAN? STANDUP!

Standup comedy is typically a single person sharing their musings on various topics that most people can relate to, but with a silly twist.

See who you think is the funniest at these Denver clubs:

Denver Comedy Underground has weekly shows that feature comedians you might recognize from TV shows on Comedy Central or Netflix such as Mohanad Elshieky, Rachel Mac, Luke Mones, and more. 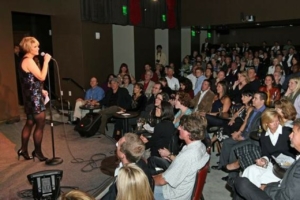 Comedy Works has it all, but one special program is New Talent Night – a showcase that features up-and-coming comedians and touring headliners on a budget-friendly night of $12 to see their standup routine. There are two locations: downtown Denver and Greenwood Village, so be sure to check the location when you are purchasing tickets for any program. If you want to see established performers such as Maria Bamford, Pinky Patel, Dan Mintz and others that have huge followings already, visit the online calendar (look for a blue S for the Greenwood Village location, and a red D for the Denver location when booking through the calendar).

The Jester’s Palace is a mix of music, magic, and comedy with events such as open mic night and the Mile High Stand Up Show.

It’s hard to classify The Grawlix, a group that performs regularly at The Bug Theatre: this a group of three performing stand up comedy. These three comedians have created a TV show, “Those Who Can’t” that you can see on HBOMax and truTV. Their best-known (aka famous) member might be Denver local Adam Cayton-Holland, who has appeared on late night shows like Conan and The Late Late Show with James Corden. 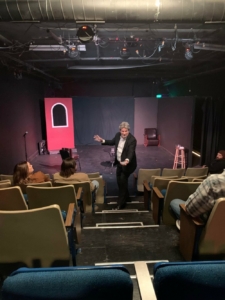 Photo courtesy of The Jester’s Palace

THE JOKE’S ON YOU! LEARN HOW NOW

If you’re cracking up your friends and family with your humor, see if this is gig for you to pursue.

Head up to Boulder and the Improv Collaborative for a class and improv play.

And, of course, see if there is an improv class on the calendar for adults or teens at the Denver Center. Seriously, no joke! 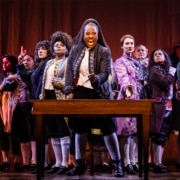 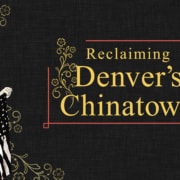 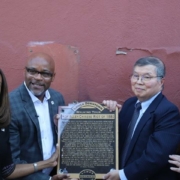 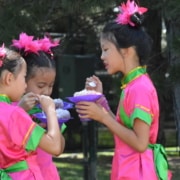 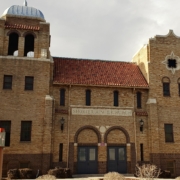