The Bright Lights of Denver 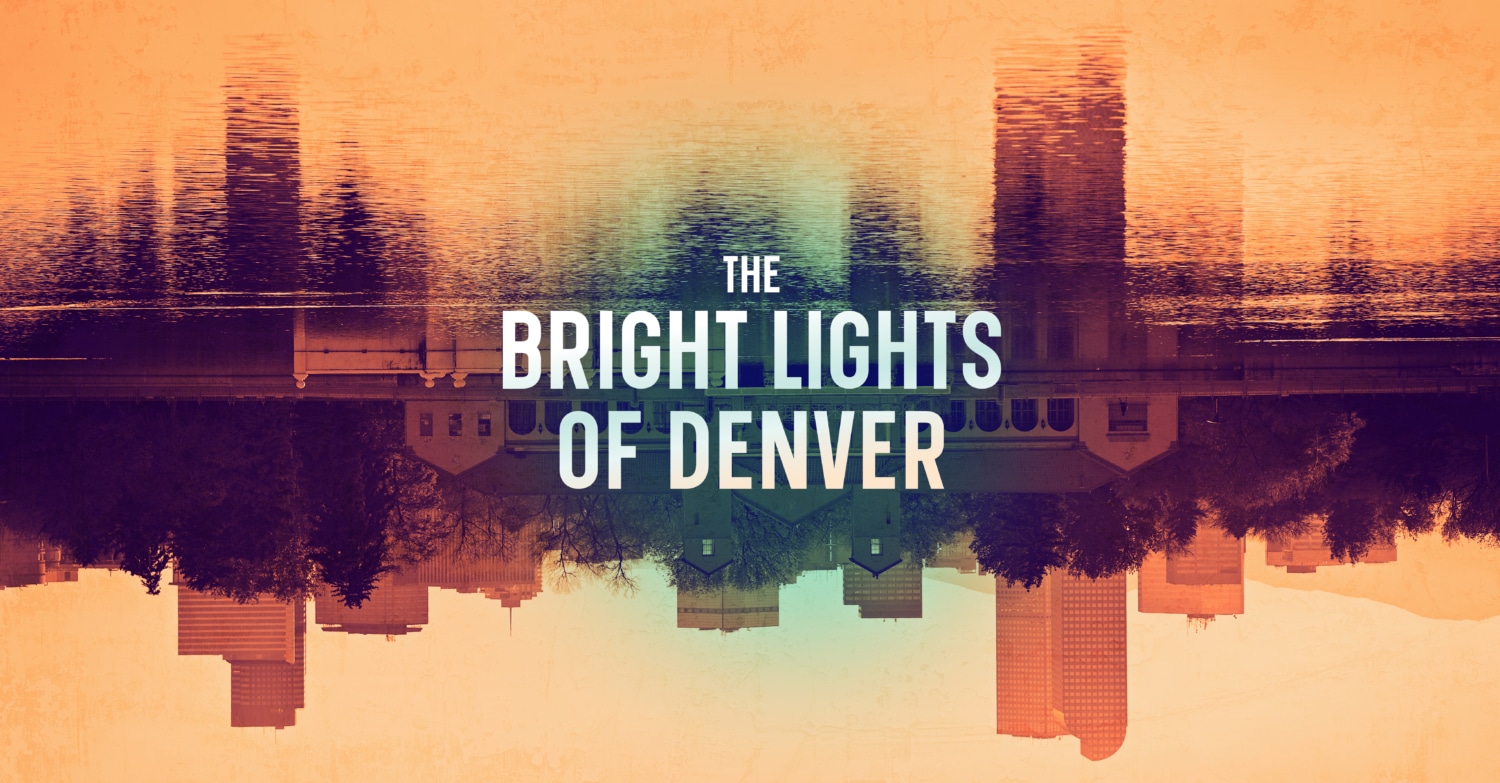 Aspiring novelist-turned-journalist Ryan Streeter begins diving into the history and allure of Denver for a new podcast. But when a simple encounter with a source ends in a  sudden disappearance, Ryan is caught in the middle of a Mile High mystery he could never have anticipated.

Created by Jessica Hindsley and Kenny Moten, The Bright Lights of Denver is a 4-part fictional story, combining the thrill of investigative podcasting, theatrical storytelling, and an optional city-wide scavenger hunt.

The Bright Lights of Denver is produced as a part of the DCPA’s Powered By Off-Center program, dedicated to powering the creative ideas of local artists, building creative partnerships, and supporting the Colorado artistic community. Learn more ➤

DISCOVER MORE OF THE STORY

Engage with the characters and discover new parts of the story through social media, live Q&A sessions, and by finding hidden content at historic landmarks throughout the city.

Unlock clues while you explore the city

Join The Bright Lights of Denver Facebook group or Instagram (@brightlightsdenver) to connect with other fans of the show and share information to help figure out what happened to Taylor.

Tune in for a Zoom Q&A

Check out our recorded Zoom Q&A sessions with Ryan and Preston to find out more about the case and explore listener theories.

Meet the Creators of The Bright Lights of Denver:

Kenny Moten is an award-winning creative director, writer, and vocalist who has performed on stages from New York to Los Angeles. Kenny began his career in the world of musical theatre, but his true passion lies in working behind the scenes. After years of performing onstage, Kenny served as the Artistic Director of Midtown Arts Center in Fort Collins, CO. Kenny also served as Creative Director of Imprint Group, one of Denver’s premier corporate event planning companies. He was awarded the International Special Event award for “Best Theatrical Production” for his work with Imprint on the 2017 and 2018 Beaux Arts Ball for National Jewish Health. Kenny continues to work with a wide spectrum of organizations and is regarded as a force in the creative community. He is also the Co-Creator of Heart of the Holiday, Motones vs. Jerseys, 12 O’Clock Tales, and Take to the Highway. His directing credits include: Caroline, or Change at Aurora Fox Arts Center, Smokey Joe’s Cafe at Midtown Arts Center, and Denver Actors Fund’s Miscast 2020. When he is not producing or creating innovative new works he is collaborating with the dynamic collective he began a few years ago: Narrative Creative Consulting.

Jessica Hindsley received her BFA in Acting and Directing from the University of New Mexico and has spent the last 17 years writing, performing, directing, producing, choreographing and teaching all over the Front Range and around the world. Locally her work has been seen at the Arvada Center, BDT Stage, The Vilar Center, The Lincoln Center, Lone Tree Arts Center, Candlelight Dinner Playhouse, PACE and many others. She is the original choreographer and a co-producer of Motones vs. Jerseys and co-creator and choreographer Heart of the Holiday, a new holiday musical, that opened in Fort Collins. In 2013 Jessica started Ophelia Rose Production Company and produced The Diamond Follies, a Vaudeville and variety show that played to sold out houses two years in a row. Outside of the theatre she has spent the last six years as a creative collaborator producing content and events locally and across the globe. Her love for thrifting and quirky, interesting things shifted to a business venture in 2016 with an online ecommerce business that has grown exponentially today providing an unexpected source of new and incredible stories waiting to be told.

The Bright Lights of Denver
Created, Written, and Directed by Jessica Hindsley and Kenny Moten

Produced by DCPA Off-Center in partnership with Historic Denver

The Bright Lights of Denver

Produced by DCPA Off-Center in partnership with Historic Denver

Run Time: Four 30-minute podcasts plus more stories to discover online and around the city