The DCPA Theatre Company’s performing spaces may be a bit smaller next year, but Artistic Director Chris Coleman promises a season that will be big in creative scope.

Coleman announced a 41st season this morning that was crafted by creativity and circumstance. It boasts an innovative, eight-play lineup led by the unprecedented pairing of Henrik Ibsen’s 1879 masterpiece A Doll’s House with Lucas Hnath’s newly imagined sequel, A Doll’s House, Part 2, to be presented in repertory in the same theatre. The Theatre Company is the producing regional theatre arm of the Denver Center for the Performing Arts. And the second full season under Coleman’s leadership brings with it a peculiar logistical challenge: The company’s flagship Stage Theatre, which typically hosts its most expansive creative undertakings, is undergoing a complete rebuild and will re-open in late 2020 as The Marvin and Judi Wolf Theatre. In the meantime, the Theatre Company will perform in the smaller Space, Ricketson and Jones theatres for a season of uncommonly up-close theatrical experiences.

“It has been inspiring to envision and create a season of significant theatrical events in our more intimate spaces as we approach this year without The Stage Theatre,” said Coleman. “Throughout the season, you’ll see Tony-winning plays, classics, Shakespeare and incredible new plays from playwrights changing the American theatre.”

The season kicks off on August 30 with Paula Vogel’s 2017 Tony Award-winning Indecent, which revisits an incendiary 1923 Broadway drama and the artists who risked their lives to perform it. In all, the season will feature eight productions including two world premieres from the 2019 Colorado New Play Summit — Tony Meneses’ near-future political drama twenty50 and Bonnie Metzgar’s time-traveling ghost story You Lost Me.

The eyes of the national theatre world are sure to be on Coleman’s repertory stagings of A Doll’s House (the original and Part 2), which no other theatre company has ever attempted together. “Audiences will have the opportunity to attend one or both, allowing them to see how the characters evolve from one play to the next,” Coleman said. “This is going to be really, really fun.”

While both productions will alternate performances, Coleman said the major roles in each play will be played by different actors, in part to allow for expanded casting opportunities.

Coleman says he never crafts a season to fit a pre-determined theme, but his 2019-20 lineup reveals at least one major commonality: He’s helping a greater variety of storytellers to be heard.

“The season is filled with plays about people who exist in the world but whose stories are not often told on American stages,” Coleman said. “For example, you have lesbian Jewish women in Indecent; a Mexican American immigrant running for Congress in twenty50; a full spectrum of voices speaking up in response to the Ferguson riots in Dael Orlandersmith’s Until the Flood; and you have a young, gay black man coming into his own in Tarell Alvin McCraney’s Choir Boy.”

When Coleman first saw Choir Boy in New York, he thought, “I haven’t seen this story on stage before.” It was an invitation into somebody’s journey to express himself, and I think it’s a beautiful way to end the season.”

Orlandersmith, a leading American actress, poet and playwright, will perform her solo play Until the Flood herself. It is believed that will be only the fifth solo mainstage production in the Theatre Company’s history – and only the second by a female actor.

“I think that I and many of the people on our team are interested in plays that feel like they have something to say today,” Coleman said. “I look forward to the conversations each of these productions will open up with the Denver community.”

For Colorado New Play Summit fans who saw the concert reading of Neyla Pekarek and Karen Hartman’s developing Colorado-based musical Rattlesnake Kate, Coleman took the unusually bold step of announcing that the Theatre Company is fully committed to its future life. “We’re devoted to getting Rattlesnake Kate ready for a production down the road,” Coleman said. You Lost Me (world premiere) Renewing and new subscribers have the first opportunity to reserve tickets. Subscription packages are now available online at  denvercenter.org or by calling 303-893-4100. Subscribers enjoy savings up to 31 percent off single-ticket prices, free ticket exchanges, payment plans, priority offers to added attractions, discounted extra tickets, dedicated VIP hotline and the best seats at the best prices. Single ticket on-sale date will be announced at a later time. Patrons with a 2019-20 DCPA subscription package will have priority access to purchase Hamilton tickets prior to the public on-sale. All additional details regarding Hamilton will be announced at a later date.

Due to the nature of live performance, all productions, prices and dates are subject to change. 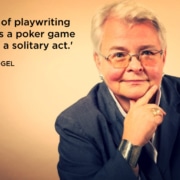 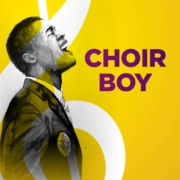 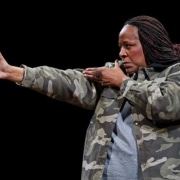 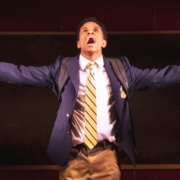