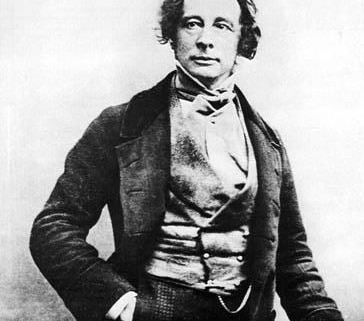 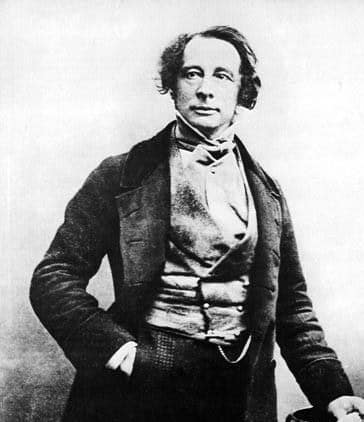 Charles Dickens , 1843 daguerrotype by Unbek in America, the earliest known photographic portrait of the author

Charles Dickens probably had more influence on the way that Christians celebrate Christmas today than any single individual in human history except Jesus Christ.

At the time Dickens wrote A Christmas Carol (1843), the observance of the holiday was in decline in many areas. Earlier in the century, the practice of singing Christmas carols had dwindled and the Industrial Revolution allowed workers little time “for fripperies like celebration of a Medieval, Christian and pagan festival in the middle of winter,” writes Richard Blystone.

When Dickens wrote A Christmas Carol, he was concerned at the way Victorian society was dealing with the problem of the poor. Thousands of children lived in abject poverty and were plagued with disease. In 1839, nearly half of all funerals in London were for children under the age of ten. Dickens introduces these children in the story through the allegorical twins, Ignorance and Want. The Ghost of Christmas Present shows them, wretched and primitive in appearance, with the warning: “This boy is Ignorance. This girl is Want. Beware them both, and all of their degree, but most of all beware this boy, for on his brow I see that written which is Doom, unless the writing be erased.”

Dickens was a major social critic of his time, though the reforms he advocated didn’t really come to fruition until after World War II, says Blystone. But the idea of generosity at Christmas is the one that comes forth from this story. In a way, the secular view of Christmas and its dwindling religious impact in the minds of many, harkens back to A Christmas Carol. There was not much religion in it, but a great deal of feasting and celebration— and a cracking good ghost story.

Stephen Nissenbaum in his book, The Battle for Christmas, argues that Dickens was responsible for another facet of holiday gift giving and charity. In the story Scrooge has little contact with the poor except for his relationship with Bob Cratchit. Cratchit is his clerk, not a laborer in a factory. He may be poor but he is literate; his appearance is clean, though he lacks an overcoat. Except for his eldest daughter, his family does not work outside the home. He does his job well and seemingly is not in danger of losing his position unlike many workers in the Industrial Revolution. But it is the way that Scrooge treats Cratchit and his ignorance of the clerk’s family life that illustrates the disparity among the social classes.

However, in his experiences with the Spirits, Scrooge sees the wretchedness of the Victorian age as well as the paucity of his own life and emotions. These scenes produce a profound change in him. After that night his activities and relationships are softened by family values; he recognizes his obligation to treat people more humanely. Indications of this change are sending the Cratchits a Christmas turkey, but he does not deliver it in person. He also makes a financial pledge to help the poor when he sees the gentlemen who approached him earlier, but he does not visit the impoverished. What does Scrooge do on Christmas day? He takes dinner with his family—his nephew, Fred and Fred’s young wife.

Thus, Scrooge’s conversion allows us to see the distinction made between different kinds of Christmas obligations. To members of his family he owes face-to-face participation; to the known poor he deals with daily he sends a present. But his debt to the unknown poor, the faceless sufferers of the industrial society, can be paid by a donation to a charitable agency. “If the reborn Scrooge were approached on the street,” says Nissenbaum. “He could now respond with a clear conscience by saying, in effect, ‘I gave at the office.’ ” Thus, by the 1840’s, Christmas giving was beginning to be divided into two different activities: gifts for family and friends became “presents” while gifts given to the needy were “charity”. The presents were usually luxury items of a frivolous nature given in person, while gifts to the unknown poor were necessities purchased and distributed by third parties—charitable organizations. Without recognizing it, perhaps Dickens helped establish our gift-giving priorities.

Colorado Gives Day is an annual statewide movement to celebrate and increase philanthropy in Colorado through online giving. More than 1,800 area. Non-profits benefited from donations from January 1-September 30, 2021. Make an end-of-year gift today at ColoradoGives.org. 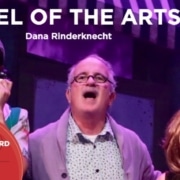