NOTE: A two-week engagement of Mean Girls at the Buell Theatre is scheduled for October 2021. We invite you to preview our upcoming shows on the NewsCenter.

For millions of us, high school was no laughing matter. More like downright grotsky. Until there was Tina.

Celebrated comedy writer Tina Fey found fetch in your mom’s chest hair when she wrote the catchphrase-rich screenplay for Mean Girls, which rocketed from teen cult fave to bona-fide box-office pink in 2004, grossing more than $128 million. Fey’s take on the well-worn subject of cliques who rule the school was different from its many pop-culture predecessors, her husband says, “because she’s funny – and she’s funny in a way that holds up.”

Fey adapted Mean Girls into a stage musical that has played for two years on Broadway and now comes to Denver as a touring production that has found widespread audience appeal because unlike, say, Stephen King’s Carrie, the nasty kids don’t end up fried in the high-school gym. They are redeemed. That’s because Mean Girls is about more than just the mean girls.

“Oh, there are many mean people in high school,” said Jeff Richmond, an Emmy-winning composer who married Fey in 2001 and wrote the music for the Mean Girls musical. “But there are also very sweet people, and very broken people, and very hurt people, too. And with this musical, we are trying to give all of them a voice and a sense of self-importance.”

The irony of the musical’s title, Richmond said, “is that the show is so joyful and so much fun. The title does hang on that one word – Mean – but there’s so much more to it than that.”

Fey based her film on the self-help book Queen Bees and Wannabes by Rosalind Wiseman. The story follows a homeschooled girl who joins a girl group called The Plastics, only to learn first-hand the price of sacrificing your true self for a spot at the top of the popularity food chain. Fey’s script produced one classic line after another, some that theatregoers now shout out during live performances. (“Gretchen, stop trying to make fetch happen!”)

Successfully adapting that proven source material to the stage largely depended on how the music of Richmond and lyricist Nell Benjamin would enhance the show’s overall message of acceptance. Their versatile score produced multiple anthems, among them “I’d Rather Be Me (Than Be With You)” and “Where Do You Belong?”

Richmond cites “I See Stars” as a song that strikes to the heart of Mean Girls. “That’s a song that says everybody is a star, in their own right, no matter what group you are in,” he said. “The song contains an important line that says: ‘I see you there. I see you.’ People in high school – or really anyone at any time in their lives – might feel like they disappear amongst all the noise and glitz of the world. Just being seen is important.”

When Richmond was in high school in Ohio, he was not an athlete. But he was funny, and he navigated adolescent tribulations using comedy as a defense. He found his way into choir and singing groups and marching band, all of which pointed him in the direction of a musical career that has run through “Saturday Night Live,” where he spent five seasons composing original songs for stars such as Jack Black, Queen Latifah and Catherine Zeta-Jones; “30 Rock,” with his wife; and now “Unbreakable Kimmy Schmidt,” where he is presently working on an interactive special set to debut later this year on Netflix.

If they had prepped together, Richmond said, he and Fey might have been high-school sweethearts. “Actually, no, that would have been terrible,” he self-corrected with a laugh. “We would have broken up by junior year for sure.”

It’s probably no coincidence that the motto of Fey’s Pennsylvania high school was, “Where Every One Is Royalty.” Like Richmond, Fey found the funny people at her Upper Darby High School. “She played tennis, but she wasn’t really an athlete, Richmond said. “She did drama, but she also loved being on the stage crew, and she loved any opportunity for writing. I think she found her way through high school with her caustic wit.”

Now a sweet 16 years since the Mean Girls film, Richmond isn’t surprised that the story is still speaking not only to a new generation of girls but to their parents and grandparents as well.

“There is just a very universal feeling about the whole thing,” he said. “Everyone knows how it feels to be bullied, and that transcends high school. Bullying certainly has gotten into our day-to-day culture, especially in the past 10 years. But Mean Girls asks, ‘If you’re bullying somebody, why are you doing that? Are you hurt also?’”

And Fey is asked by young people all the time for her advice on making it through high school.

“Tina will remind any kid that, yes, four years feels like eternity, but it’s really not,” Richmond said. “You will come out the other side ready to face life, and all those problems you had before will be behind you.

“There’s a line in the opening number where Damien says, ‘And no one died.’ For a while, we had that as the last line in the show. Because the whole idea is that you’re going to get through this. I actually liked high school very much, and I have to say: Life just keeps getting better as you get past all that. And you do get past it.” 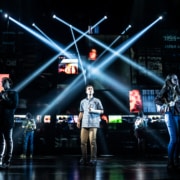 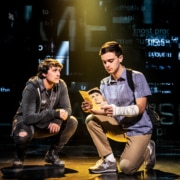 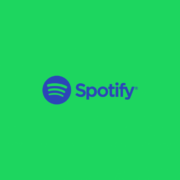 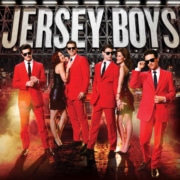