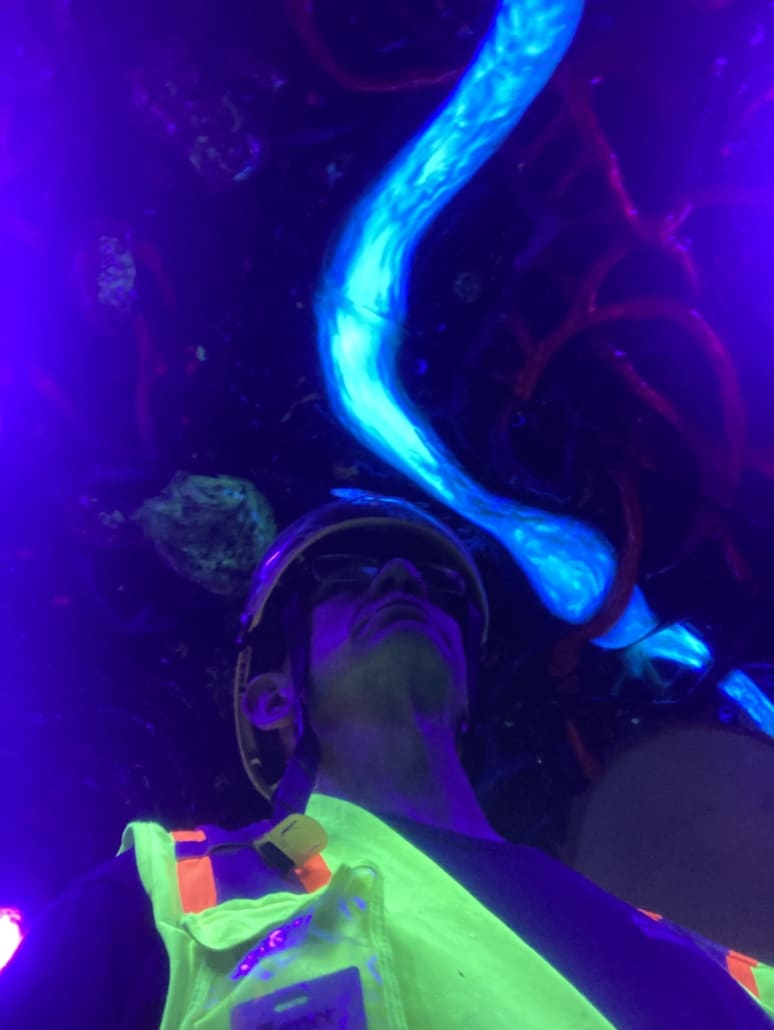 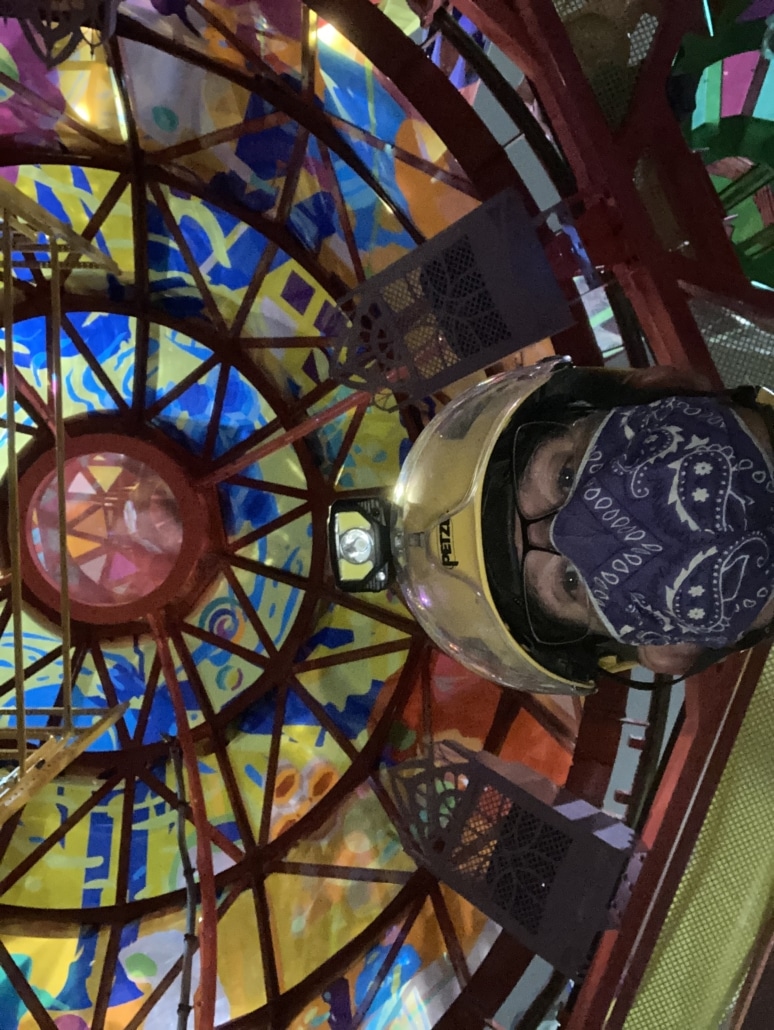 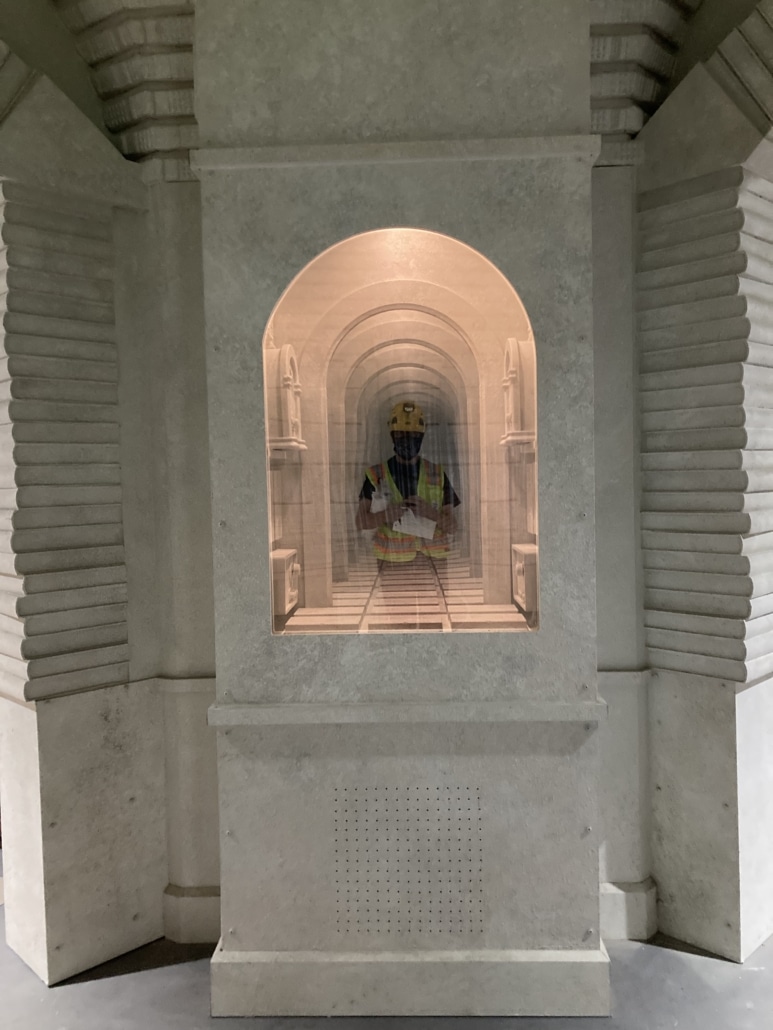 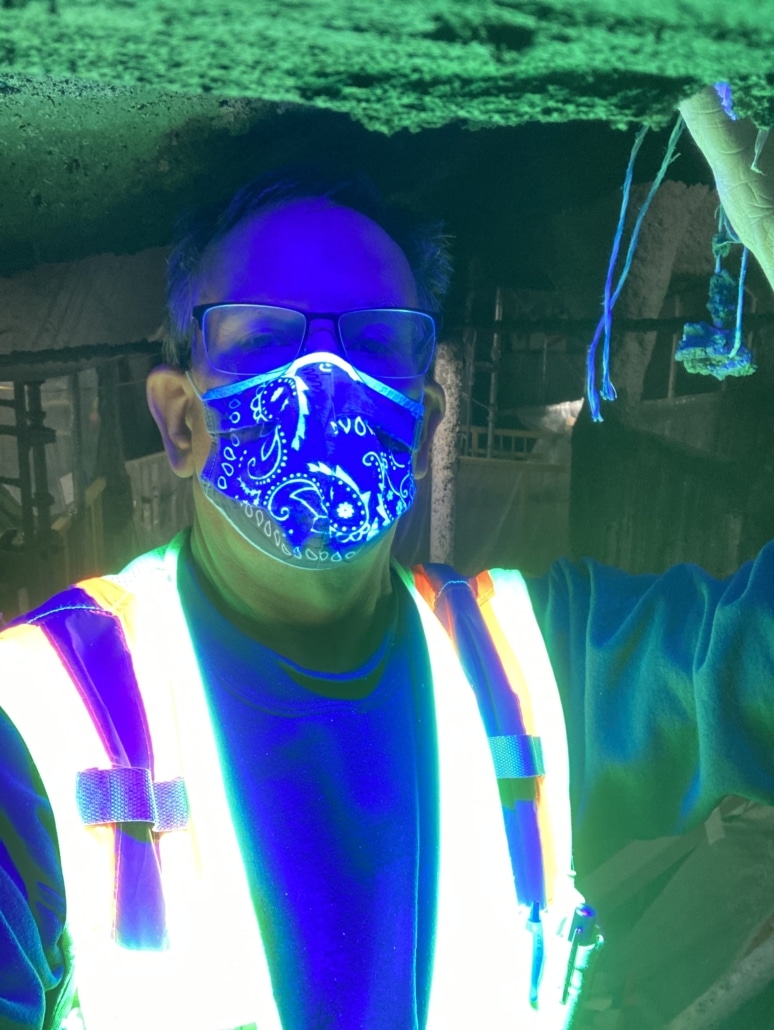 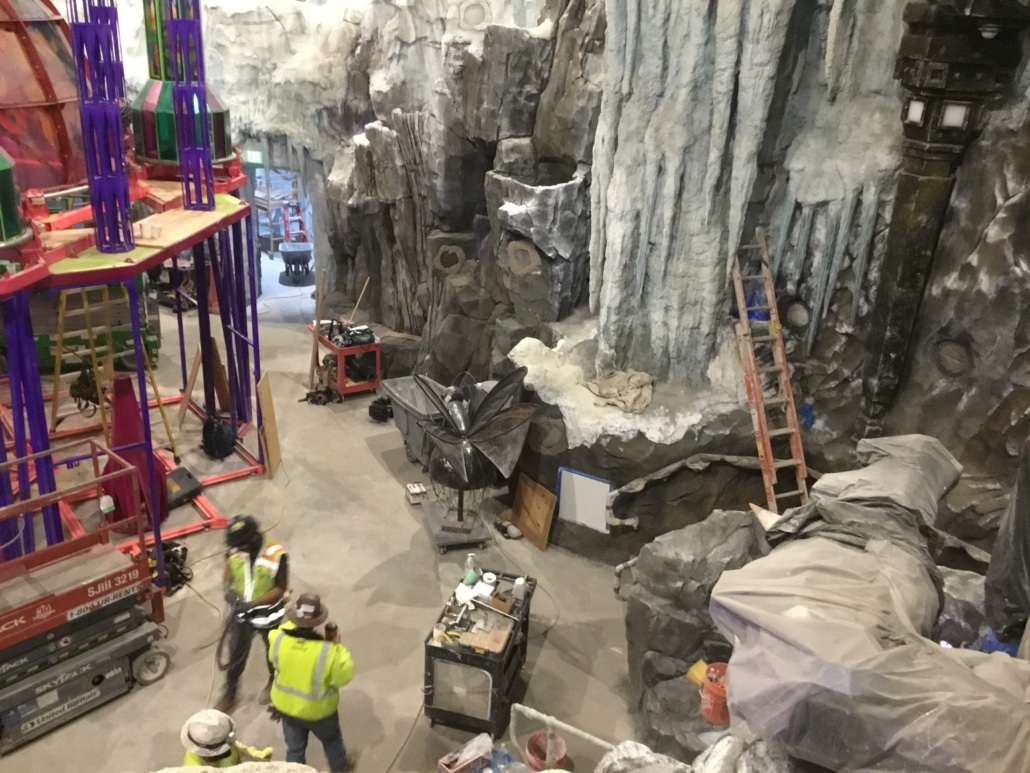 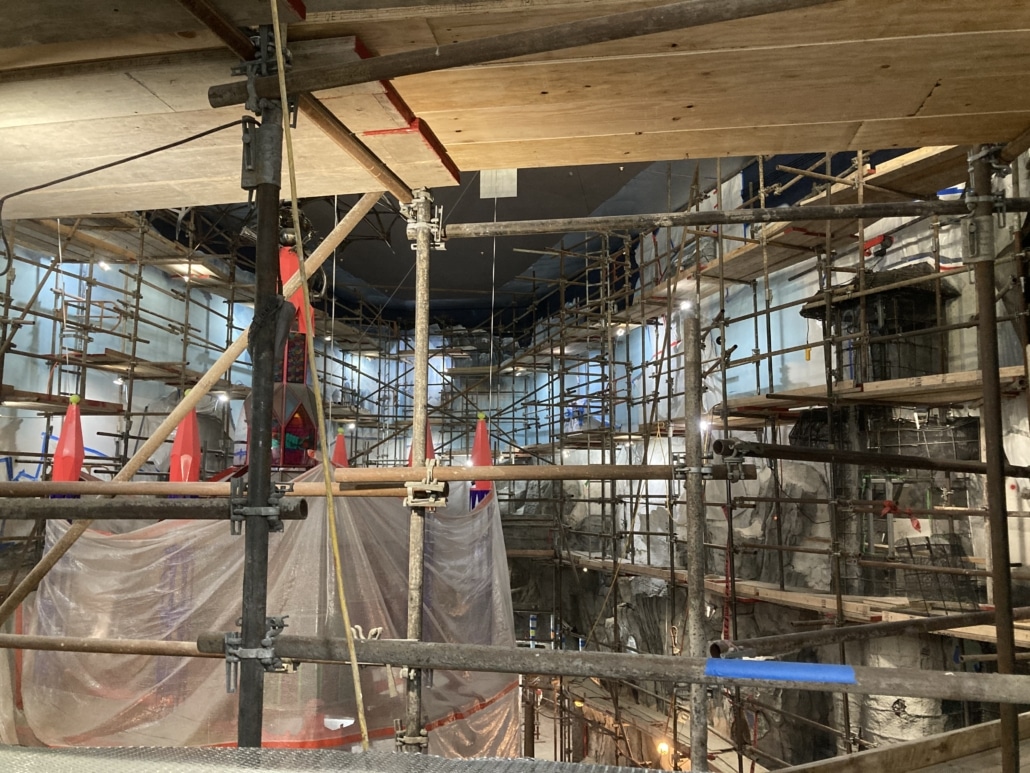 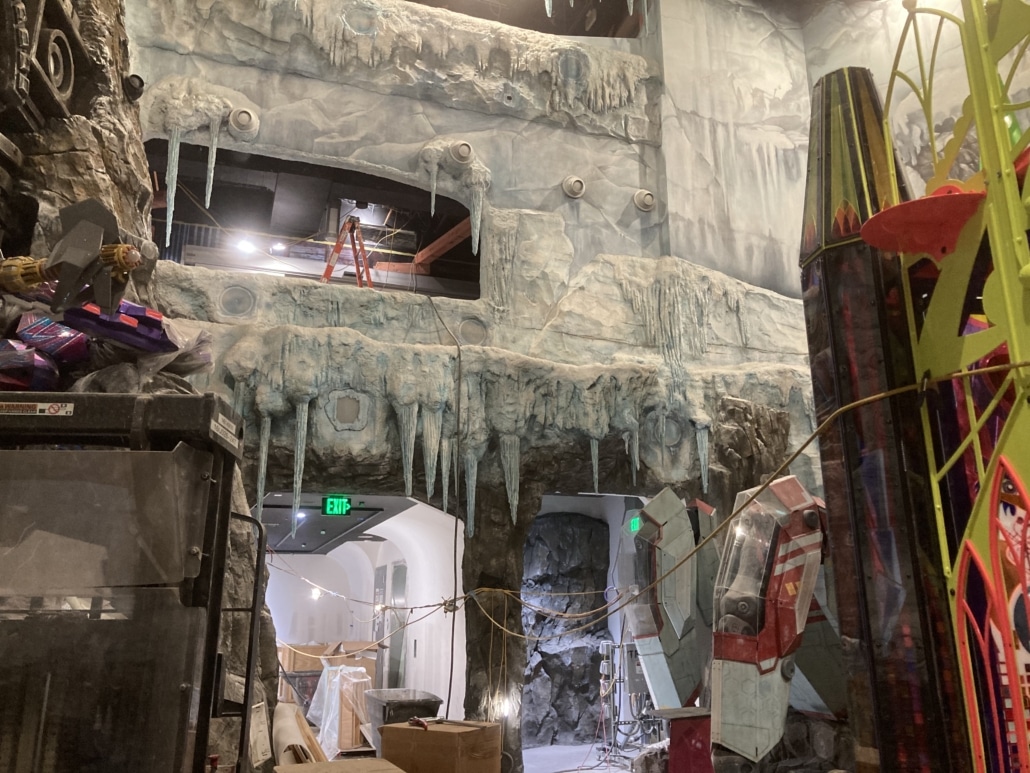 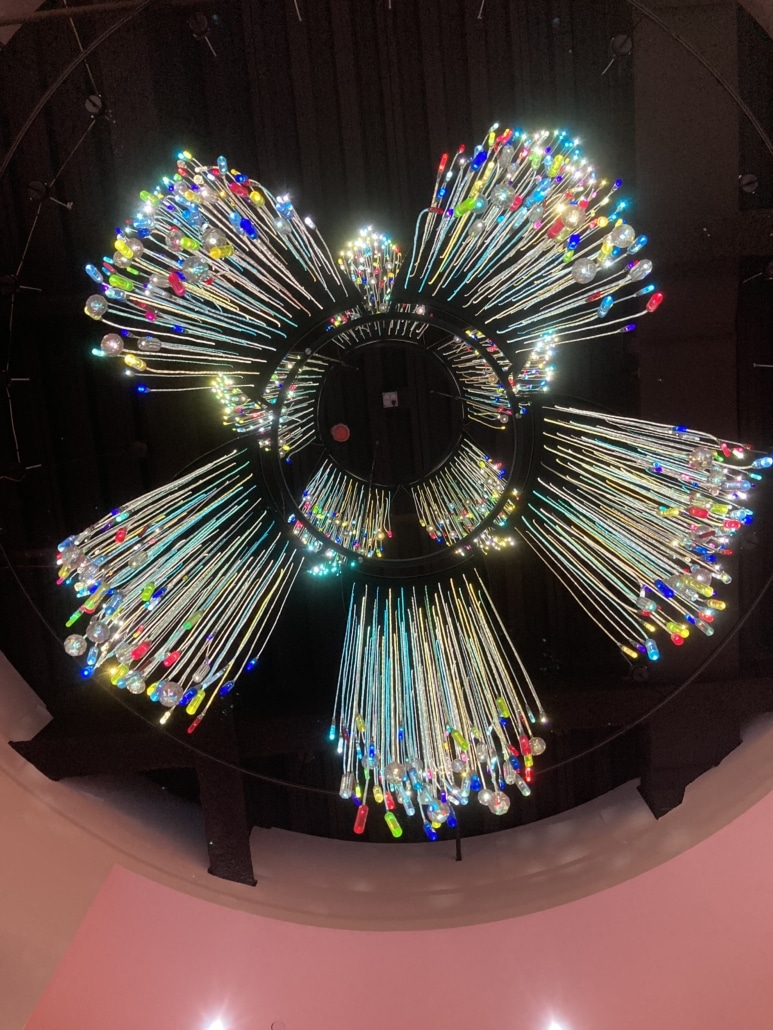 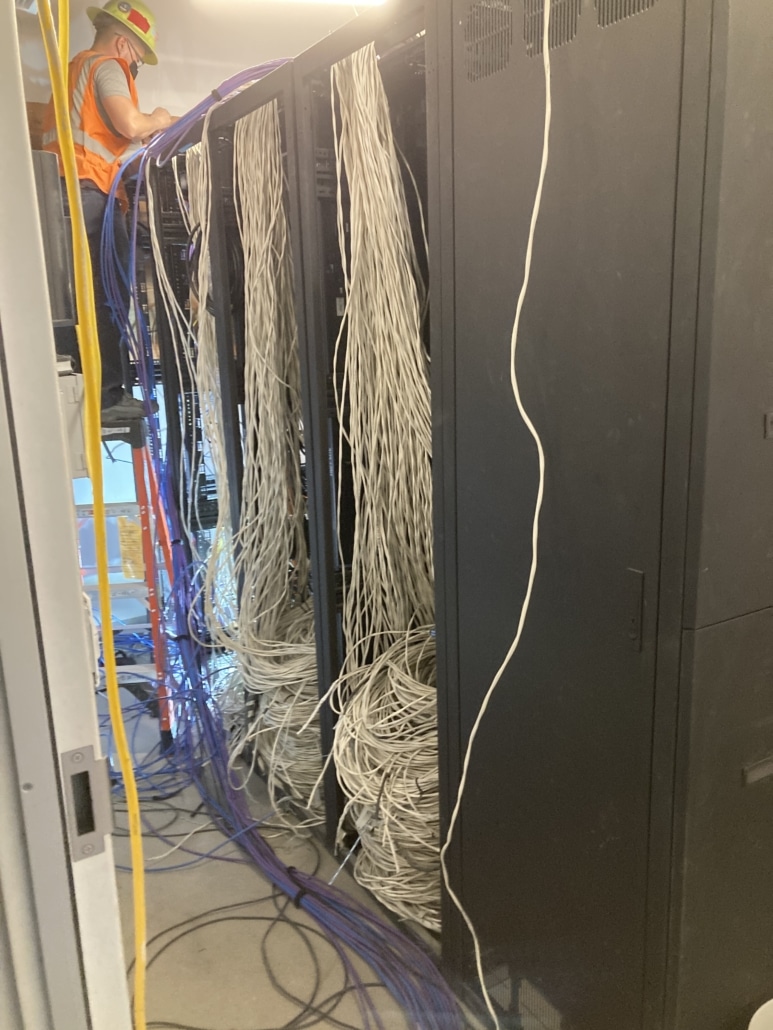 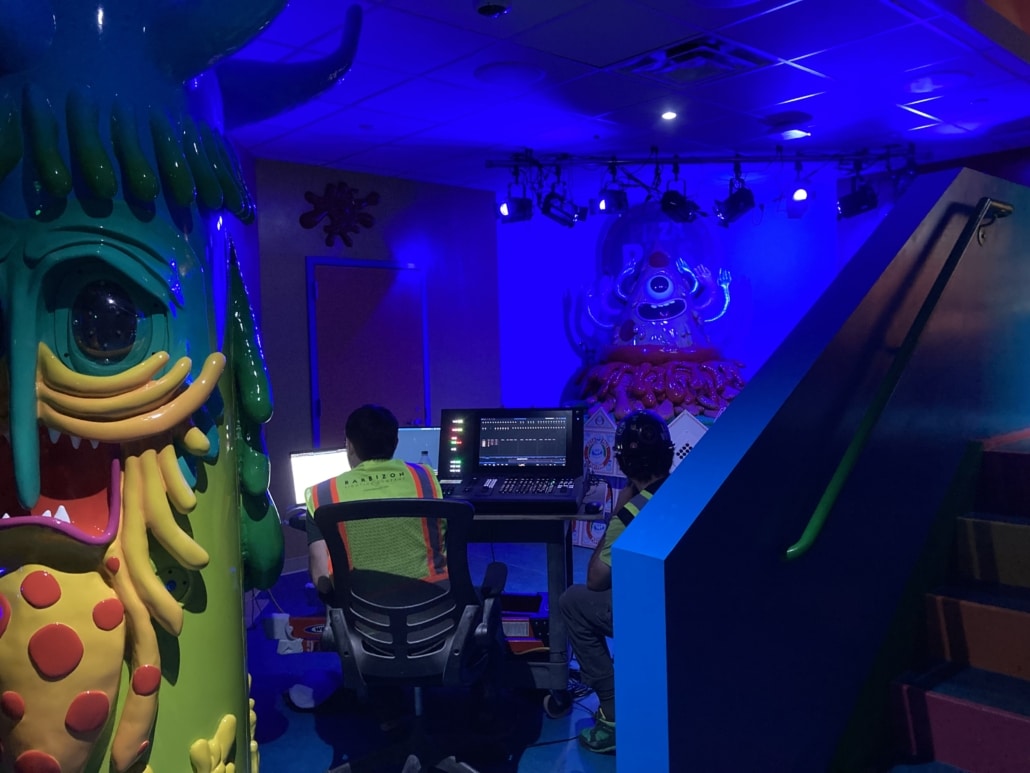 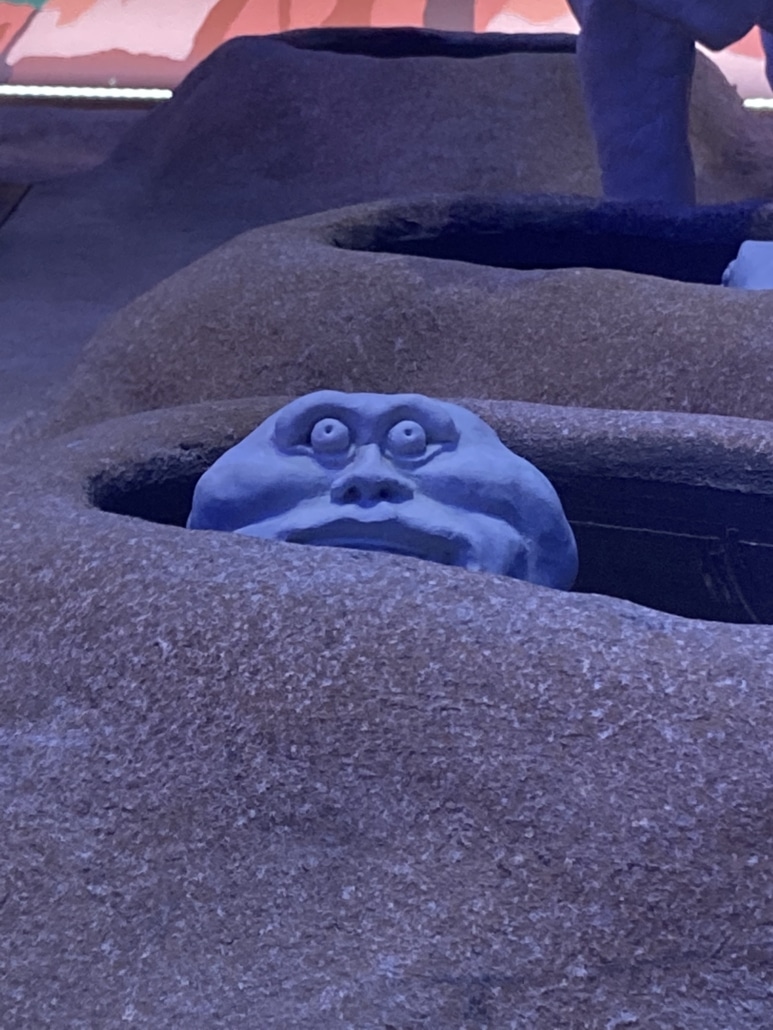 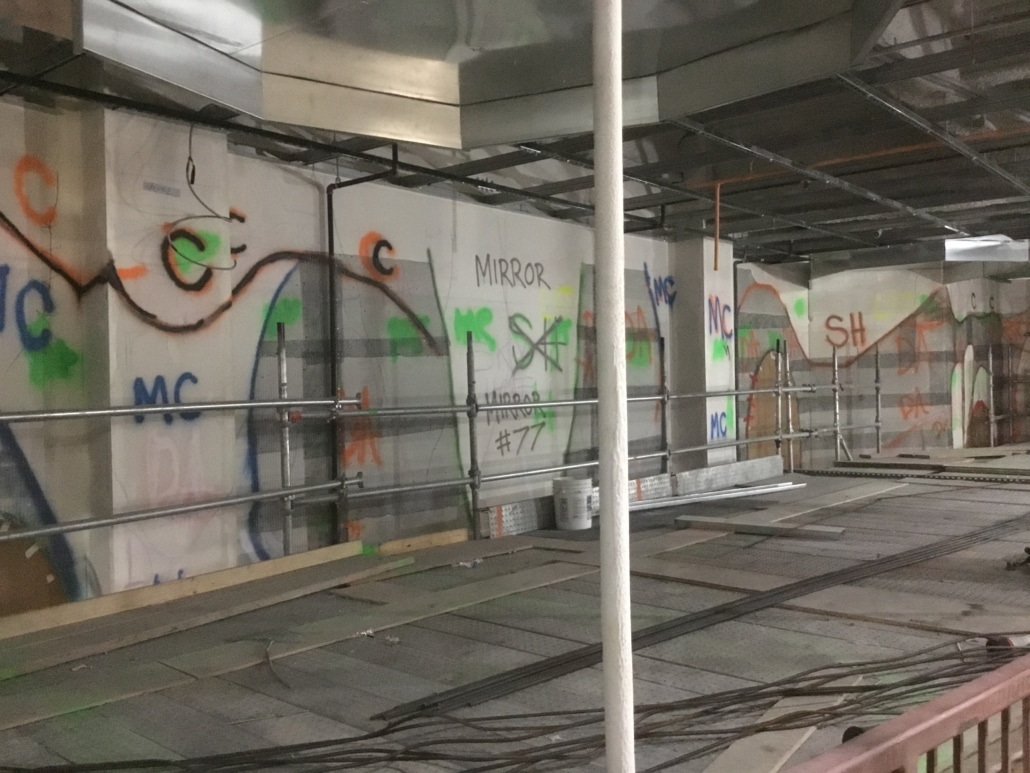 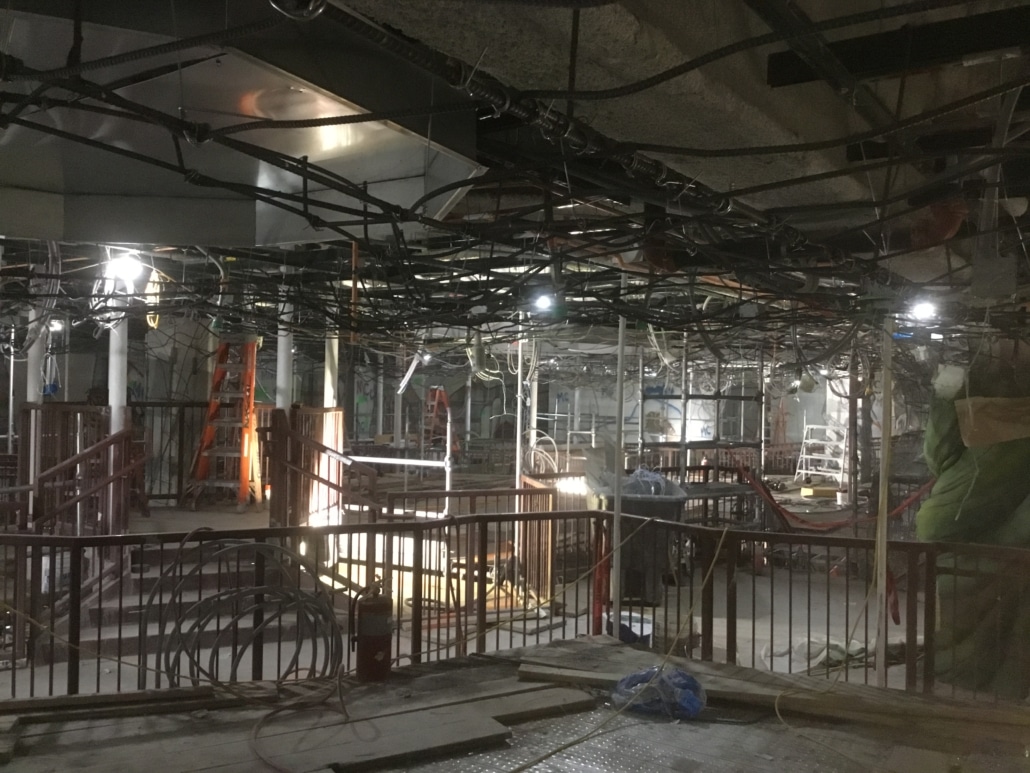 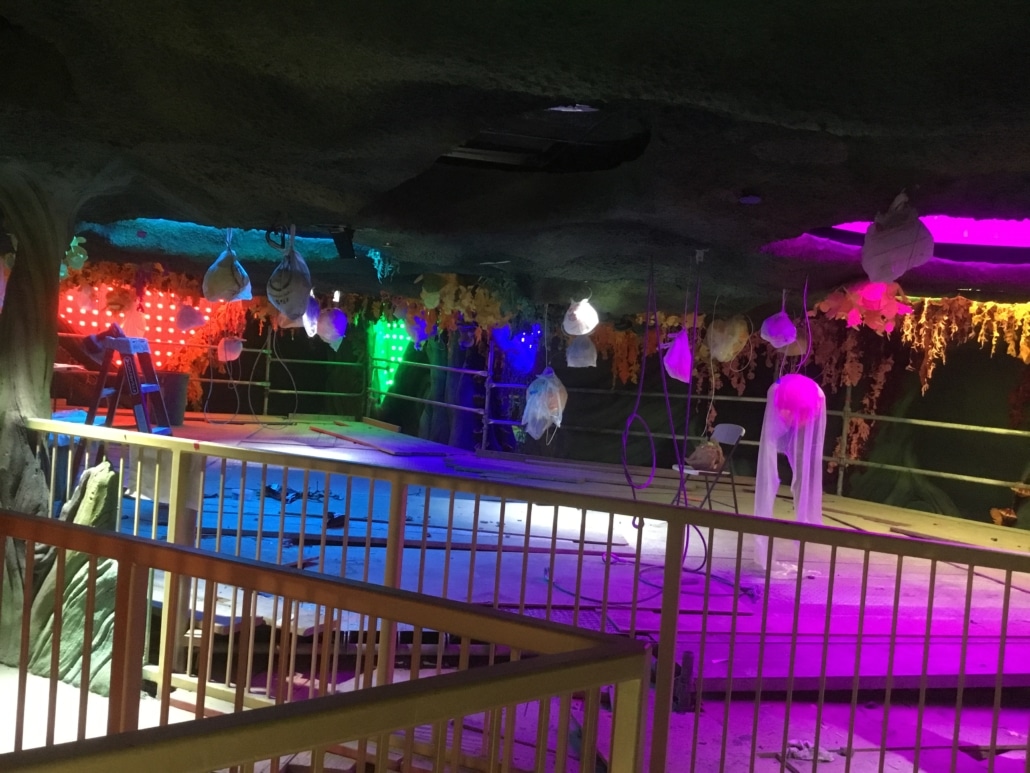 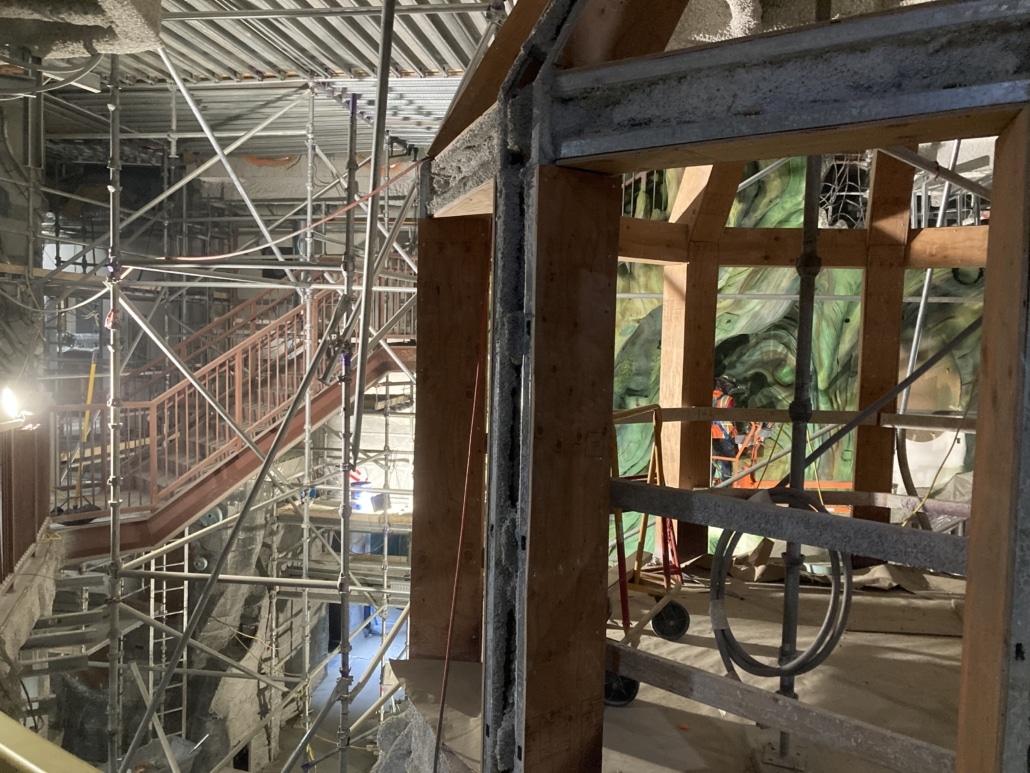 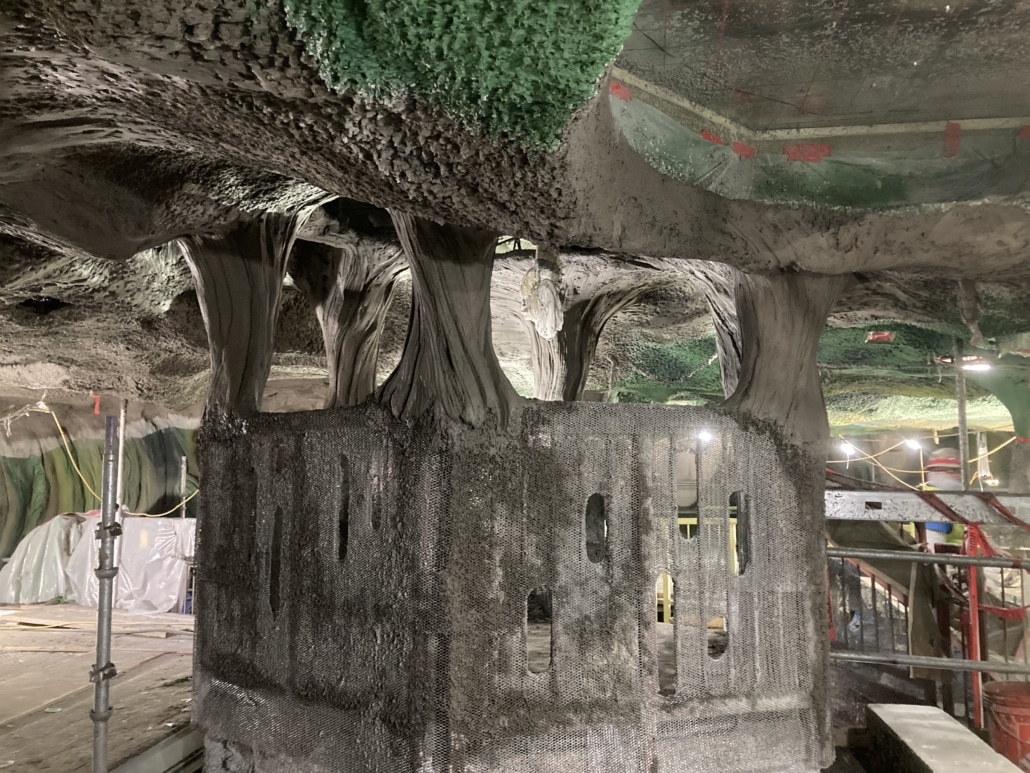 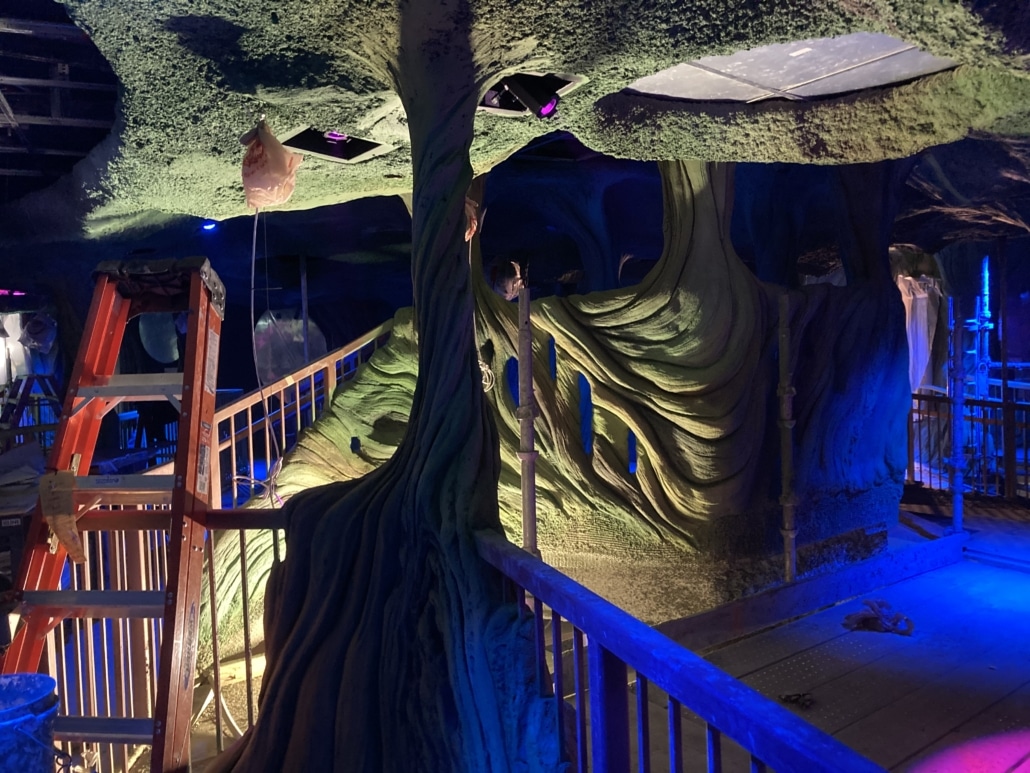 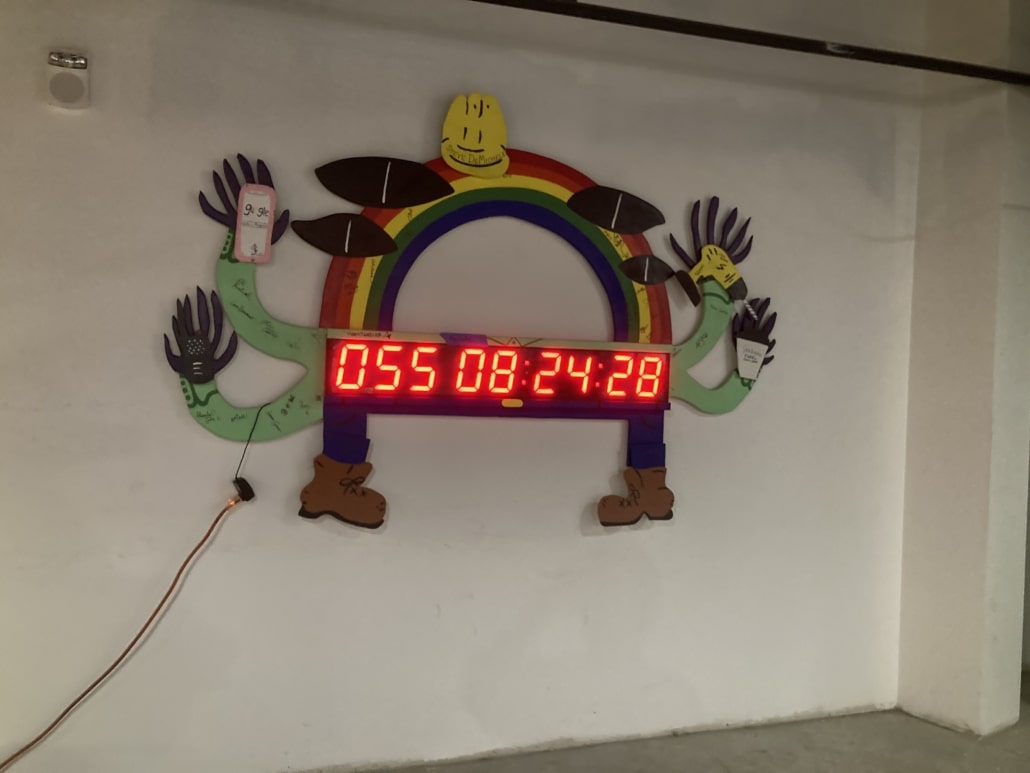 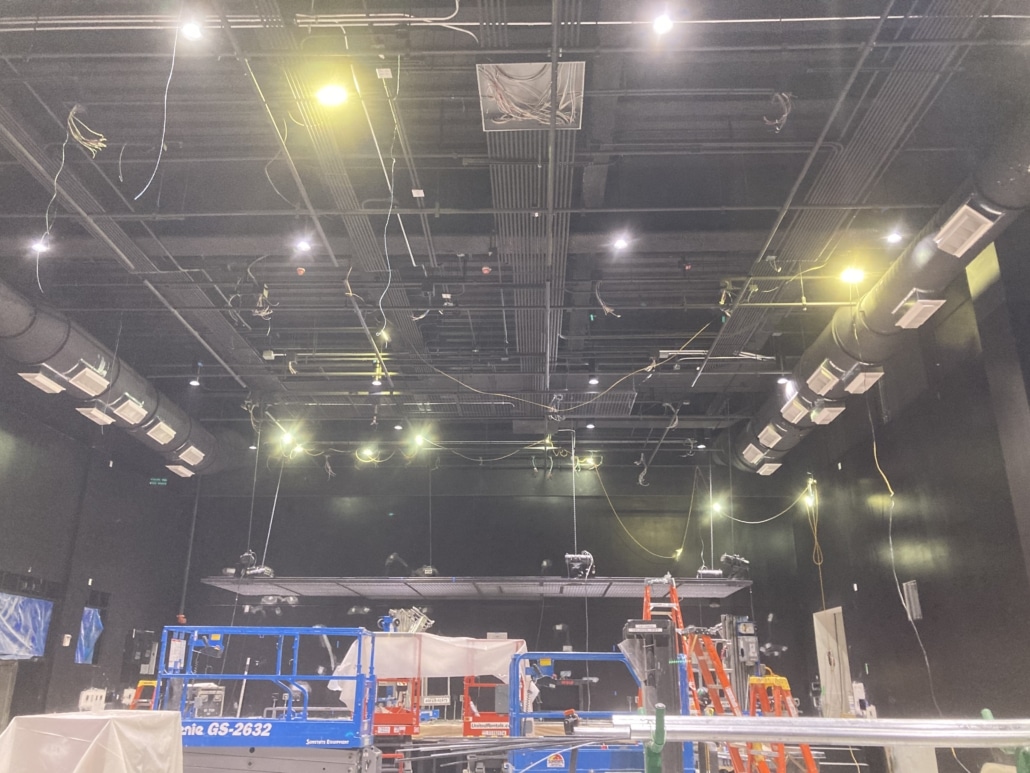 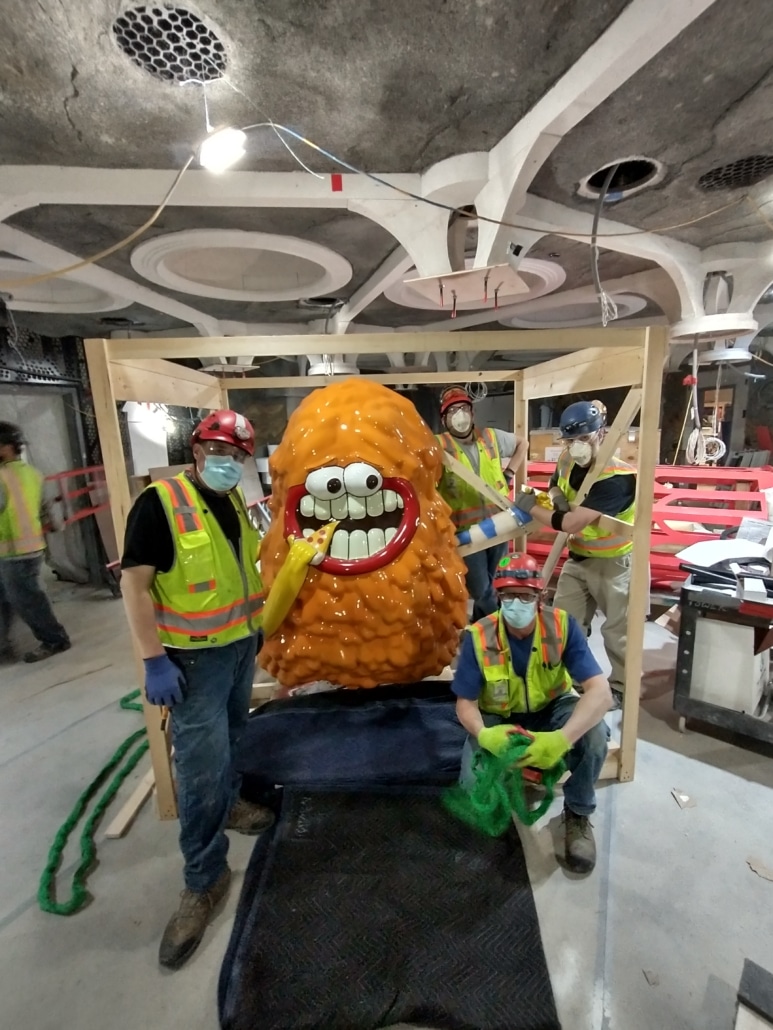 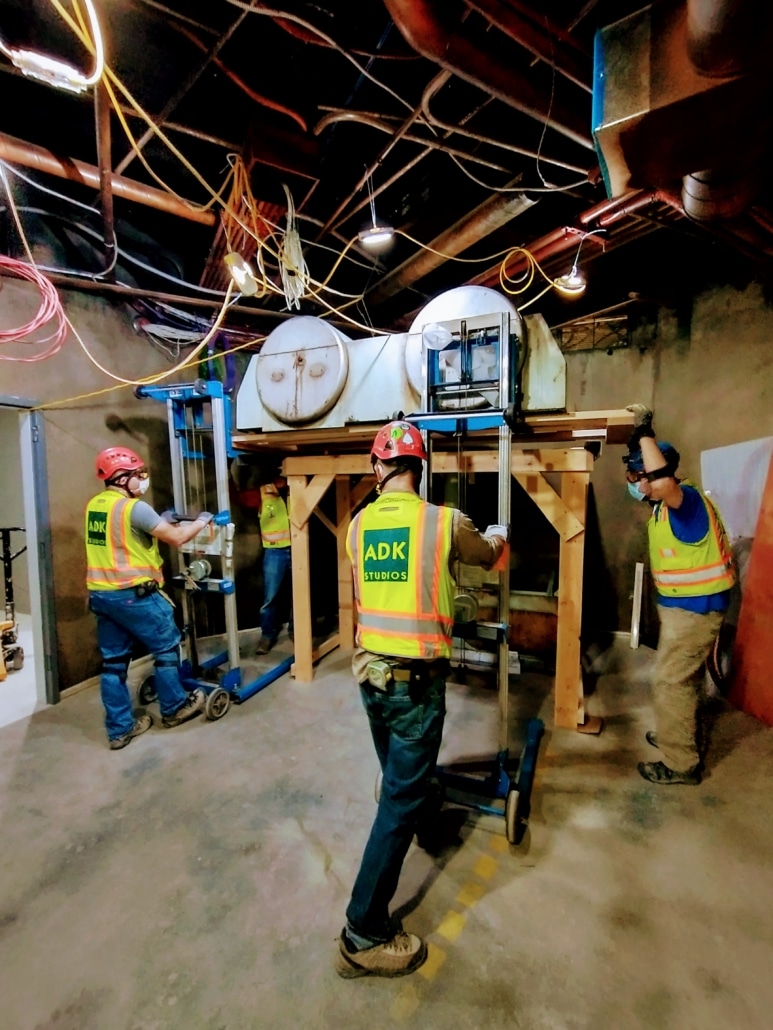 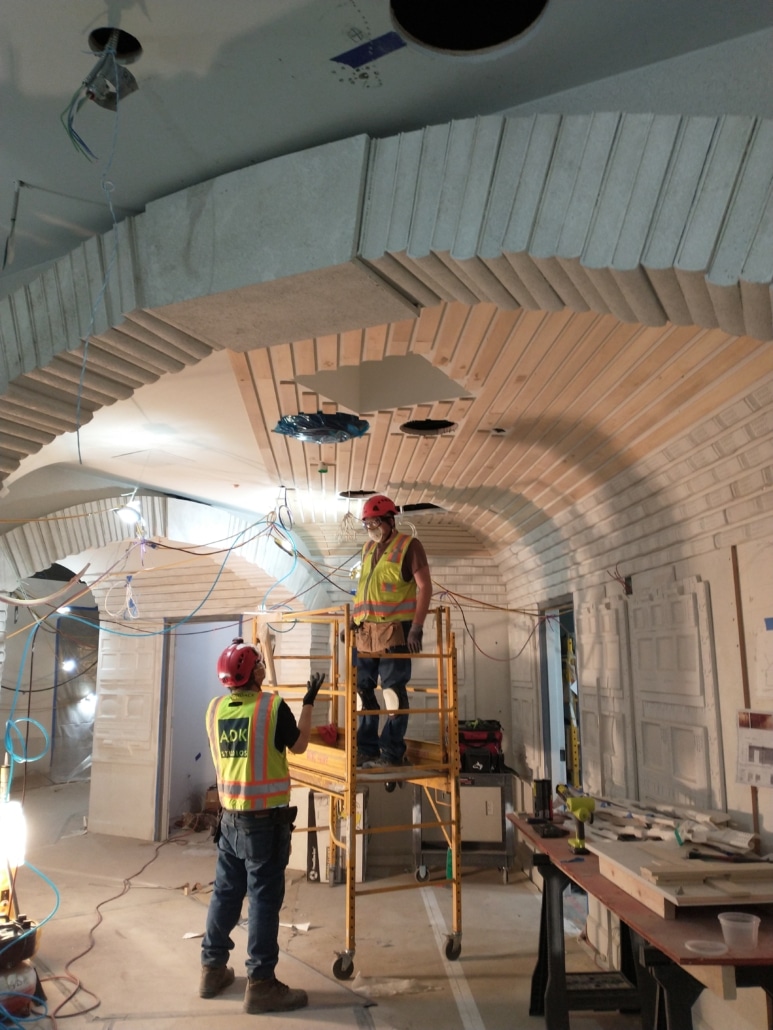 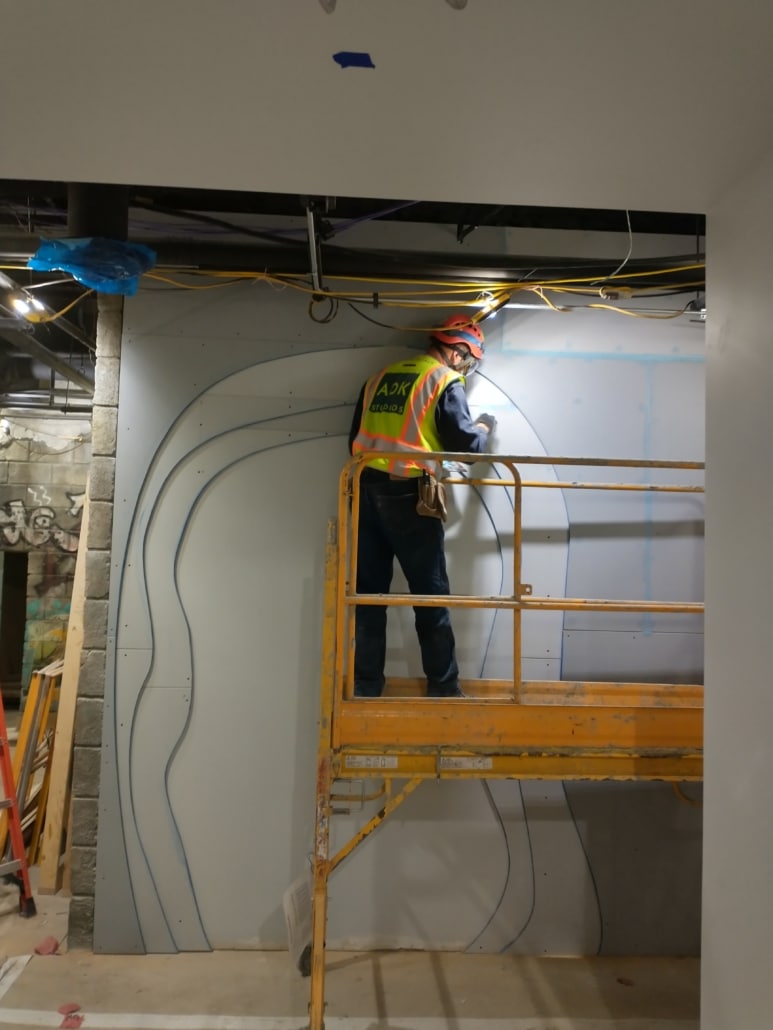 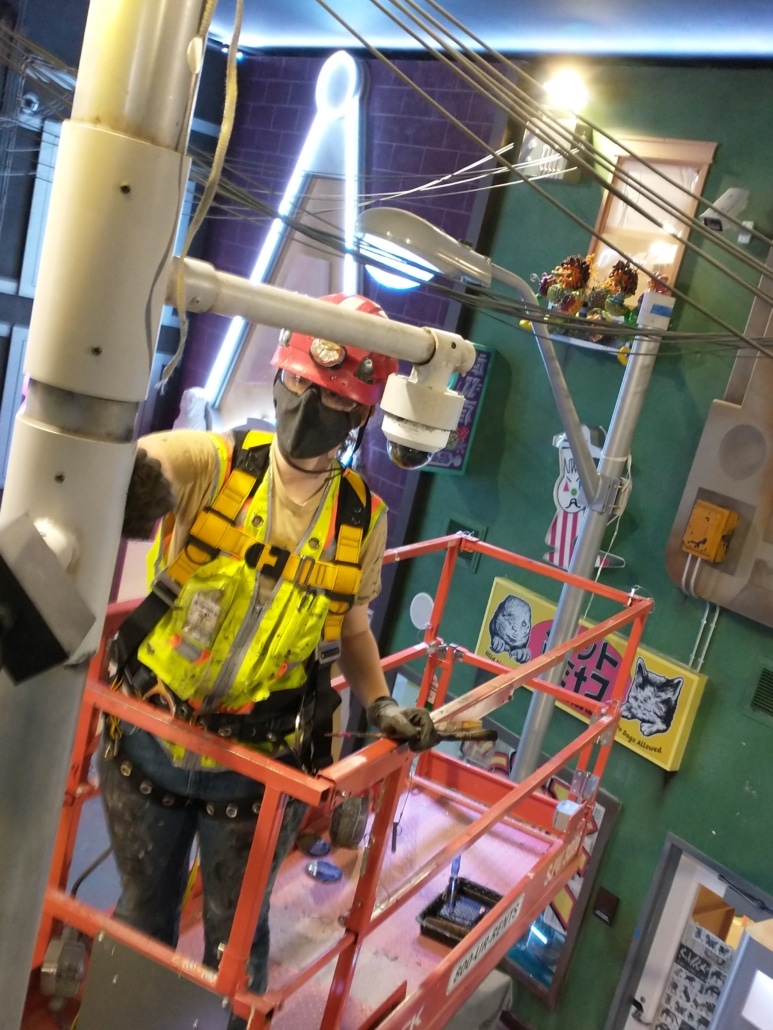 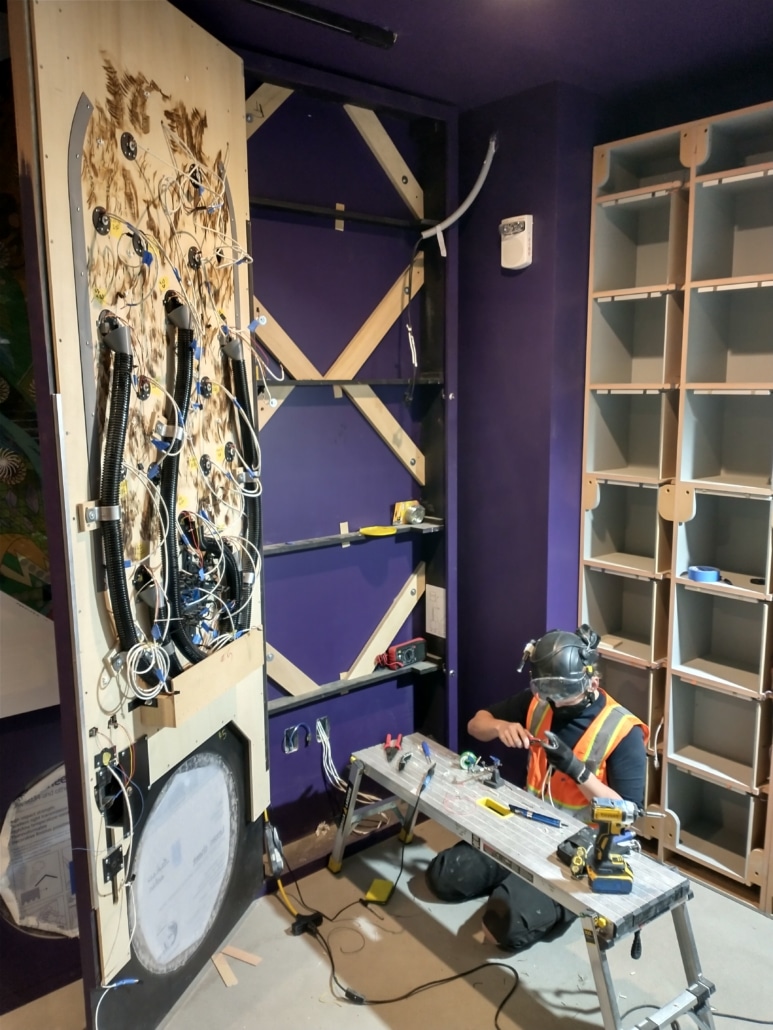 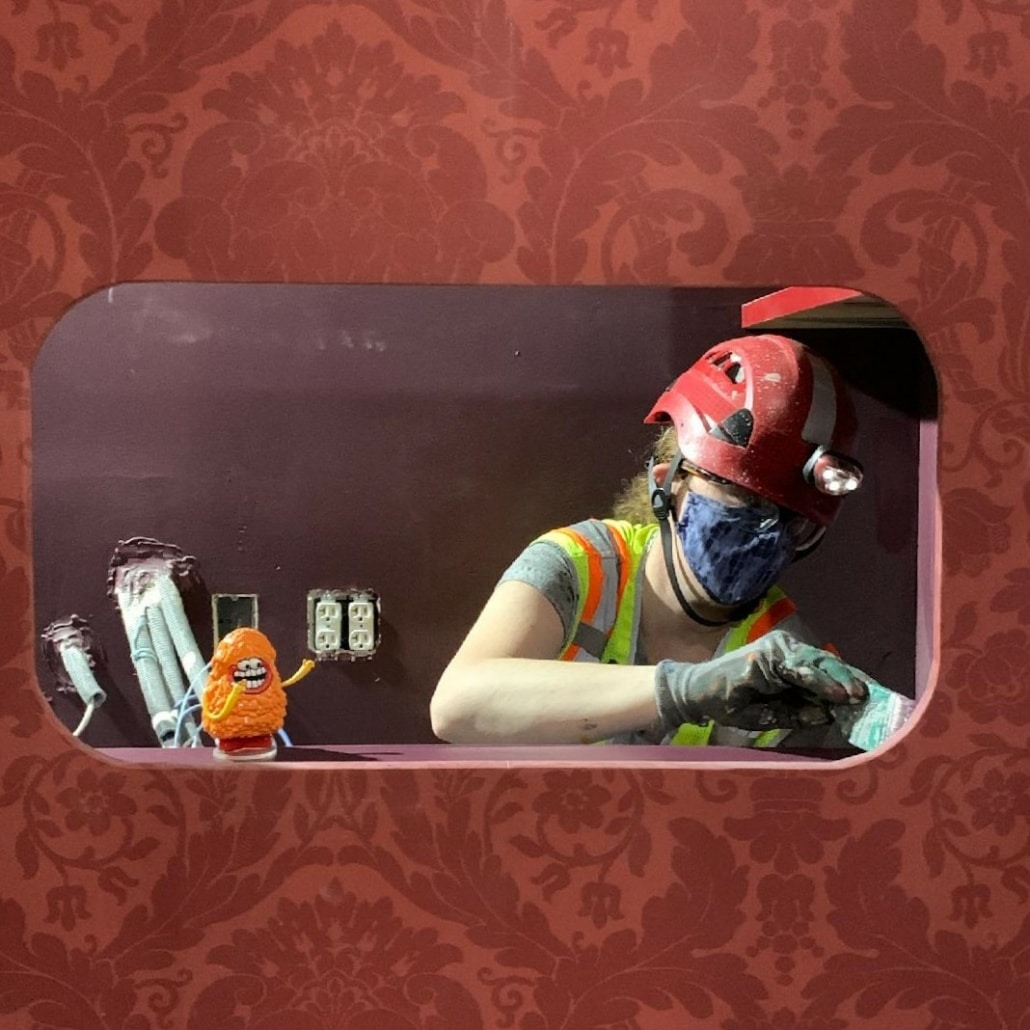 As the world began shutting down in the face of the Covid, the Denver Center for the Performing Arts — an economic driver for all of downtown in addition to a focal point of the local arts scene — was forced to follow suit. First a few shows were cancelled, then the entire lineup. Some 150 employees were either laid off or furloughed as the DCPA made the difficult decision to cancel the 2020/21 Theatre Company season, nixing nine planned shows. The Broadway touring shows were pulled next.

Fortunately for a handful of furloughed staffers, there was a nearby safety net: several DCPA employees went to work building Denver’s new Meow Wolf, an offshoot of the Santa Fe, N.M.-based immersive arts and entertainment experience. The permanent “maximalist environment” called Convergence Station was under construction, comprising works by local artists in some 70 installations— sculpture, painting, digital art, film and more — throughout a four-story building downtown.

“Coming from technical theatrical, the work that I did for Meow Wolf was very similar to my work at the DCPA,” Associate Technical Director Joshua Prues said.

Prues had been working on the installation for DCPA’s production of Choir Boy in the Space Theatre, planned for April, (now rescheduled for April 22 – May 29, 2022) as well as drafting construction drawings for the premiere of David Byrne and Mala Ganokar’s long-awaited immersive Theater of the Mind (dates TBD). After he’d been unemployed for most of the year, the Meow Wolf opportunity arose through a connection in New York.

“It was a lot like installing a set for a play or one of the DCPA’s off-site productions,” Prues said via email. “Creatively, working with the Meow Wolf designers was just like working for a set designer.”

He cited two major differences between his theatre work and the Meow Wolf assignment, namely Meow Wolf’s emphasis on audience interaction with the art, and the permanence of the installation versus the run length of a play. “Working at the Meow Wolf site was like building a theme park,” Prues said. “Because of the permanence and the interaction, we used different materials and installation methods.”

Prues was hired by Adirondack Studios (ADK) out of Argyle, N.Y., to be their site foreman at Meow Wolf. ADK otherwise would have had to send a crew from New York and have them quarantine for weeks. Prues pulled together a crew from DCPA.

“I was responsible for coordinating the installation of finished product or ‘theming’ in 12 different rooms. Our group also fabricated and installed rigging and scenic elements in the Stage Area. My main task was to work with Turner Construction for facility coordination and the Meow Wolf team for artistic goals. There was a group of seven of us that represented ADK and every few weeks we would be sent a truck load of finished art that we were responsible for unloading and installing.” His furlough from the DCPA was 16 months; he worked on the MW project for 7 ½ months.

“The work was incredibly important, financially and mentally,” he said. “I had been unemployed for 8 and a half months before starting to work on the Meow Wolf project. The opportunity could not have come at a better time.”

Charles MacLeod, Director of Lighting at DCPA Theatre Company, said his team had just finished focusing and pre-cueing Until the Flood, and installing lighting for Choir Boy. He was furloughed by the DCPA for 17 months and “was fortunate to be involved with the ongoing Wolf Theatre (formerly The Stage Theatre) and Singleton Theatre (formerly the Ricketson) renovations at the time, but on an extremely limited basis.”

From December 2020 through July 2021, MacLeod served as on-site project manager and site coordinator at Meow Wolf.

“I was the coordinator/integrator between Barbizon Light of the Rockies (the lighting control and fixture vendor), Tower Electric (the contractor) and Meow Wolf  (the owner).”

MacLeod found the work “very similar to the immersive pieces we do for Off-Center.” The difference was the much larger scale and budget. The position had problem-solving opportunities similar to the DCPA, but no creative control, unlike his work at the DCPA.

Prues recalls that “every day I was learning something new…The pandemic created challenges in our working environment that changed regularly. The process of installing finished product while the building was still being built created many challenges and taught me a lot.”

Bob Orzolek, Associate Technical Director at the DCPA, was about to go into tech rehearsals on Choir Boy when he was furloughed. “We got sent home for what we thought was going to be a few weeks at the end of April 2020.”

In January 2021, Orzolek was one of the handful hired by subcontractor Adirondack, brought on for a six-week build that ended up lasting six months. He installed Meow Wolf’s reflective passage, a roomful of mirrors, and a series of interactive dioramas. “We also did the room with pizza goops on the wall, an orange pizza monster. And we had a lot of really small projects, the movie theater, the swinging doors, red wallpaper, pachinko machines…”

The job involved “an interesting dynamic,” Orzolek said, between artists, installers and contractors. “Even at the DCPA we’re not artists, we’re very much technicians, but you have to have flexibility, to adapt to what a director discovers in rehearsals and make adjustments. You can’t get too married to the project because it’s very likely going to change. Meow Wolf is really interesting; they have the regular construction trades (think plumbing, electrical) workers not accustomed to making changes. And then the people like us doing installation who have a more artistic background. Then there are the handlers, the liaison between artists, installers and contractors. It was very difficult.”

“We had to respond to their needs as we were doing the installation,” working around the 15 or 20 different vendors,” Orzolek said. “You had to adapt to the creatives. It was a lot of maneuvering.”

MacLeod raves about the camaraderie he encountered. “Our group worked very hard during our time at Meow Wolf. We also joked, laughed, problem-solved, created, collaborated, and tried to be good partners to everyone working on-site during some tough times. Working with the Meow Wolf team and the artists involved was especially inspiring because they had so much passion for what they had spent years creating.”

For MacLeod, “the hardest part was starting my day at 4am. Theatre folk are usually night owls.”

Orzolek, who has been working at DCPA for some 40 years along with his wife, scenic designer Lisa Orzolek, is now back working on upcoming DCPA productions of Rattlesnake Kate, Edward Albee’s Who’s Afraid of Virginia Woolf?, In the Upper Room and Theater of the Mind.

“It was a lot of fun doing work for Meow Wolf,” he said, “but I much prefer live theater and our process.”