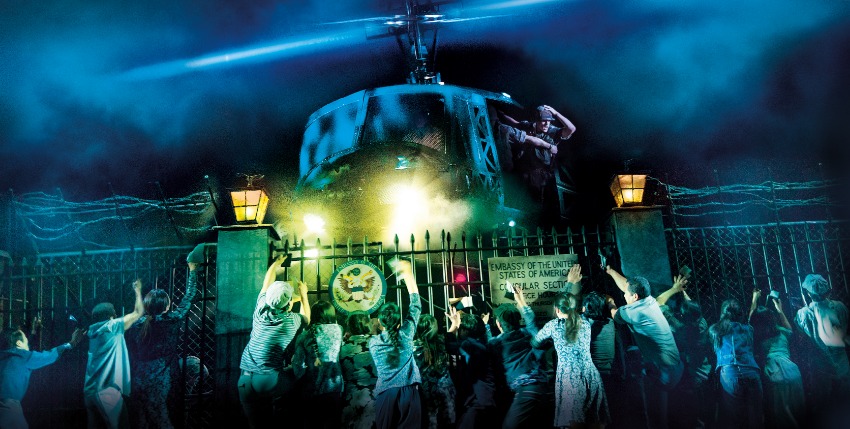 The helicopter lands in ‘The Nightmare’ in ‘Miss Saigon.’ Photo by Matthew Murphy and Johan Persson. 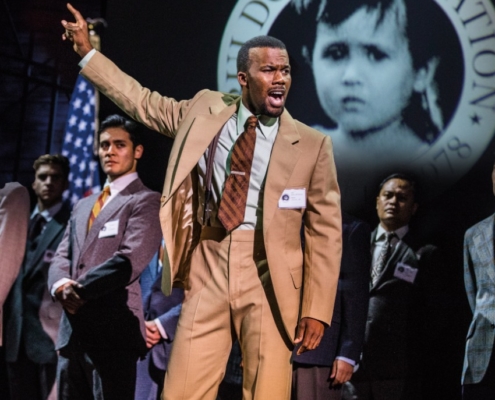 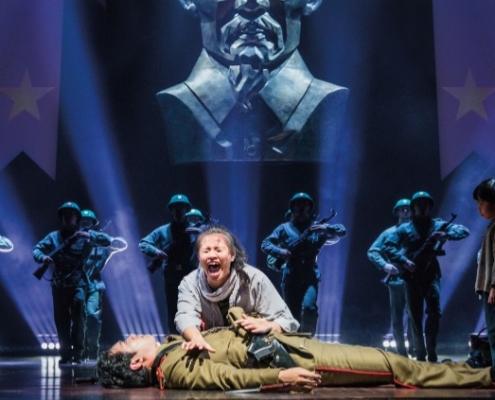 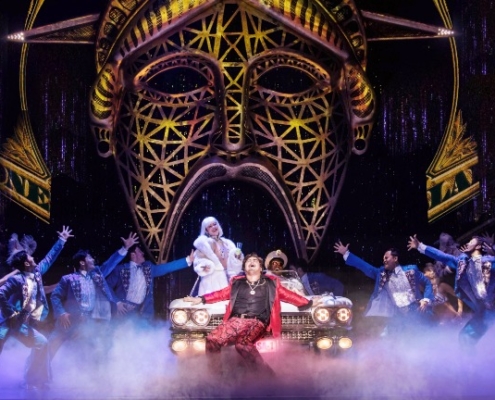 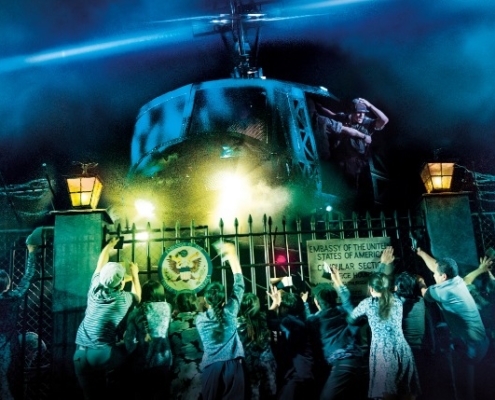 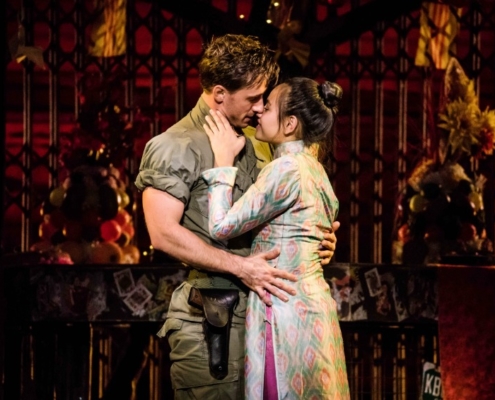 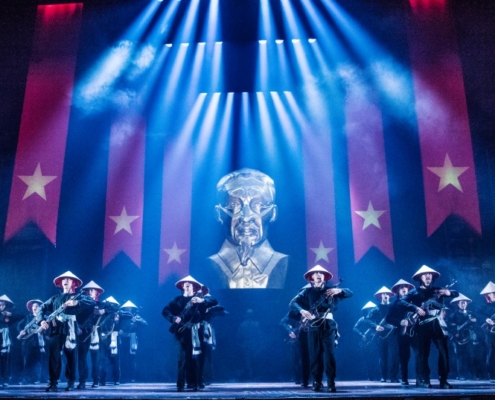 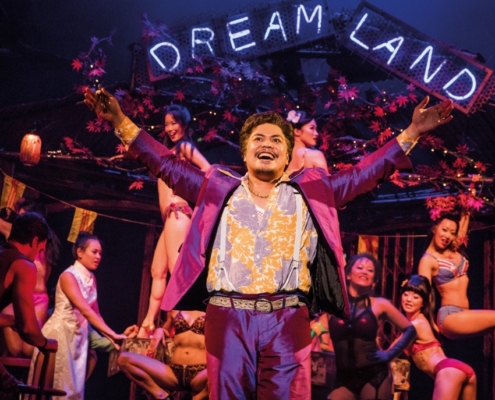 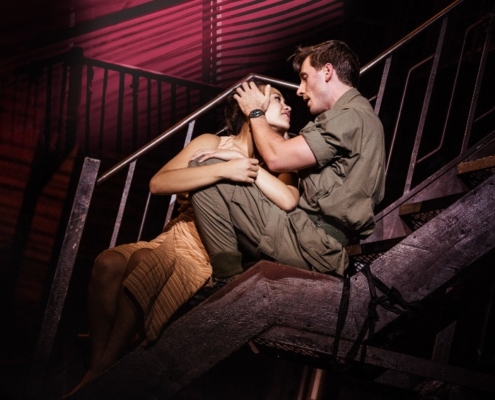 Photos by Matthew Murphy. Click on any photo to see a larger version.

The following information was provided by the national touring production of Miss Saigon: 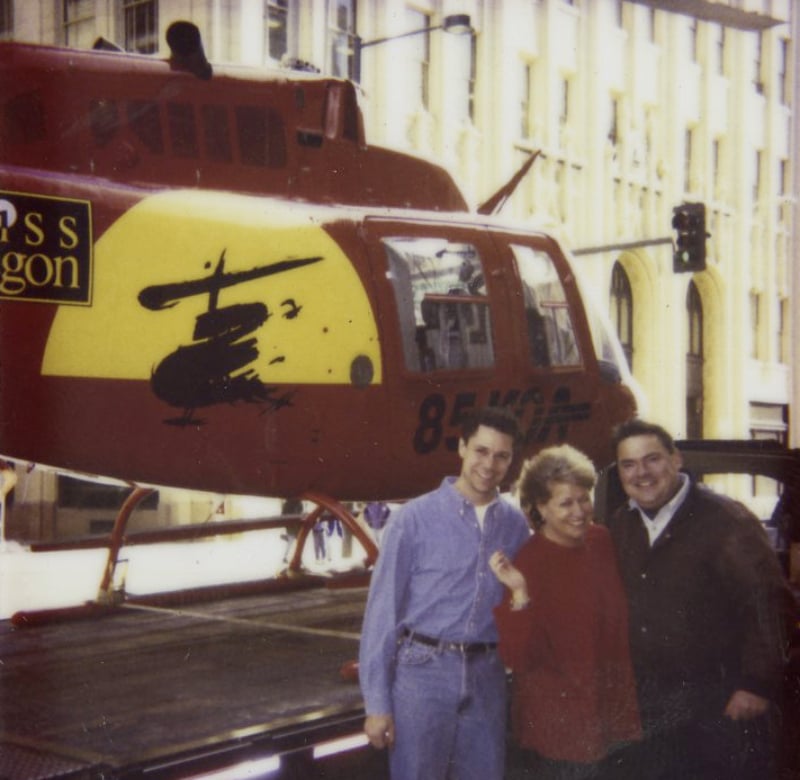 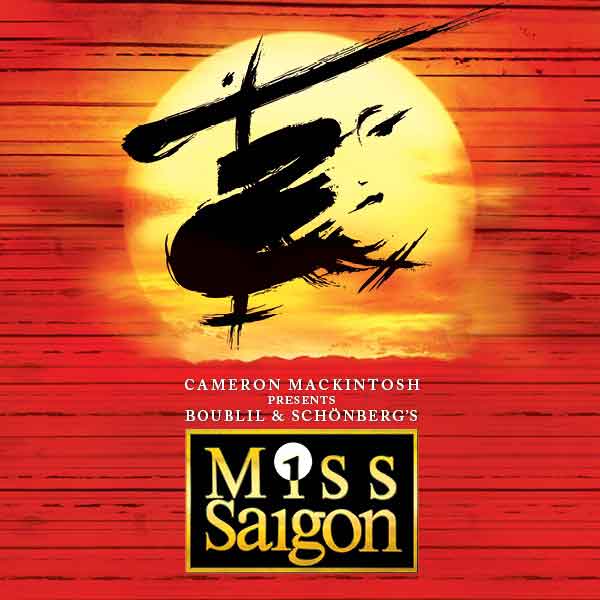 This is the story of a young Viêtnamese woman named Kim who is orphaned by war and forced to work in a bar run by a notorious character known as the Engineer. There she meets and falls in love with an American G.I. named Chris, but they are torn apart by the fall of Sài Gòn. For three years, Kim goes on an epic journey of survival to find her way back to Chris, who has no idea he’s fathered a son. Featuring stunning spectacle and a sensational cast of 42 performing a score that includes “The Heat is On in Saigon,” “The Movie in My Mind,” “Last Night of the World” and “American Dream.” 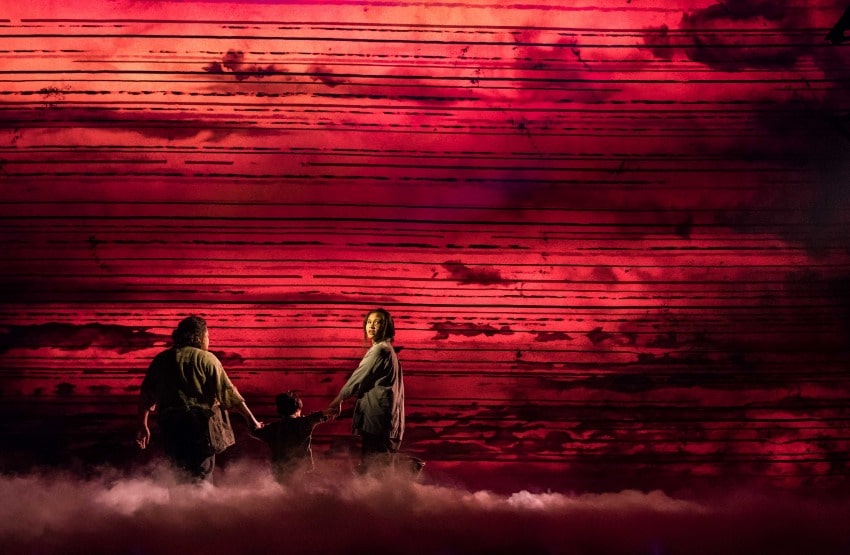 Red Concepción as The Engineer, Jace Chen as Tam and Emily Bautista as Kim in ‘Miss Saigon.’ Photo: by Matthew Murphy. 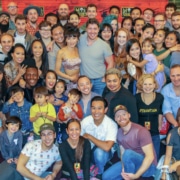 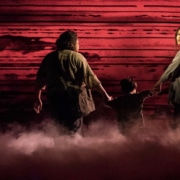 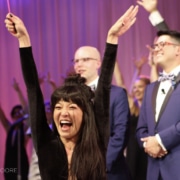 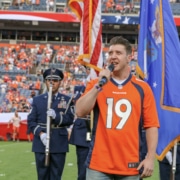