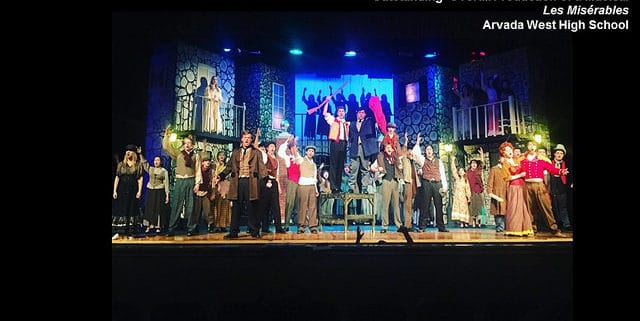 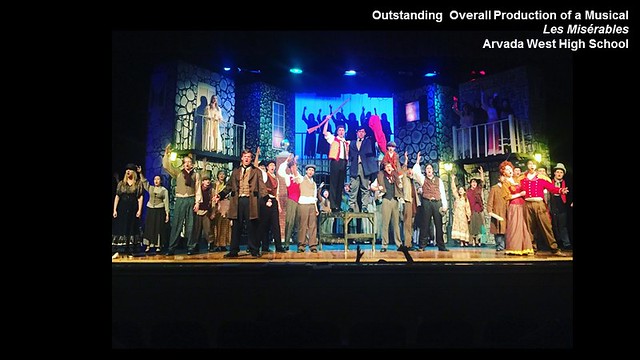 Finalists for the fourth annual Bobby G Awards were released this afternoon. The awards program, which culminates in a Tony Awards-style ceremony and performance on May 26 at the Buell Theatre, celebrates outstanding achievement in high-school musical theatre in Colorado. This year the program was expanded to include 40 schools across Colorado, up from 30 the year before.

Three schools garnered 10 nominations each: Mountain View High School in Loveland (Anything Goes), Arvada West (Les Misérables) and Boulder Fairview (Guys and Dolls). Those three are all up for Outstanding Production of a Musical, along with Denver School of the Arts’ Spring Awakening and Cherry Creek High School’s How to Succeed in Business Without Really Trying.  All five schools will be invited to perform at the May 26 Bobby G Awards ceremony, as well as the 10 individuals nominated for Outstanding Actor or Actress. (Pictured right: Savannah Wood of Mountain View High School.)


In all, 16 schools earned at least one nomination, not including this year’s Special Achievement winners, which were announced today:

The Bobby G Awards, overseen and hosted by the Denver Center for the Performing Arts, are Colorado’s regional representative within the larger National High School Musical Theatre Awards, otherwise known as “The Jimmy Awards.” The winners of Colorado’s Outstanding Actor and Actress awards not only will be invited to attend the Jimmy Awards on June 27 at the Minskoff Theatre in New York, but to participate in a week-long series of intensive classes and workshops with Broadway actors, directors and designers.

Adjudicators, made up of professional working theatre artists in the Denver area, attended the participating schools’ musical theatre productions. Using the standards set by The Bobby G Awards training and criteria, as well as their own professional experience, these adjudicators completed extensive evaluation forms, offering schools detailed feedback on various elements of their musical productions. Participating schools receive each adjudicator’s comments, praise and constructive criticism as a way of recognizing accomplishments and motivating future growth.

With today’s announcement, tickets are now on sale for the 2015-16 Bobby G Awards ceremony, which will include performances by students from across Colorado on the Buell Theatre stage. The evening is an opportunity for the students to commune and mutually support one another’s work. Click here to purchase tickets.

Today’s announcement produced several return nominees, including Danny Miller of Arvada West, who was nominated as Outstanding Actor for his role as Valjean in Les Misérables. In 2014, Miller was nominated in the same category as a sophomore for playing the title role in The Phantom of the Opera.

Reserve your seat for the May 26 Bobby G Awards celebration!


Other repeaters from 2014-15 include Cherry Creek’s Jim Miller, who’s nominated both for Direction and Costuming How to Succeed…. Last year, Miller won the Costuming award. Karen Cassel, a co-nominee for choreographing Wheat Ridge High School’s Joseph and the Amazing Technicolor Dreamcoat, won the award last year for Fairview’s Anything Goes.

Jack Hagen of Cherry Creek High School (How to Succeed …) has now been part of three straight nominations for Scenic Design. Mountain View’s Costuming team of Jen Bleem, Jerri Hartshorn and Cindy Sipes were nominated last year. Among those who have been nominated twice over the past three years are Cherry Creek High School’s Yasmin Farsad (Lighting Design), among others.