Of course, Alexander Hamilton never visited Denver. The city wasn’t even founded until 54 years after his death. But if Hamilton did come to Denver today, what would he visit? 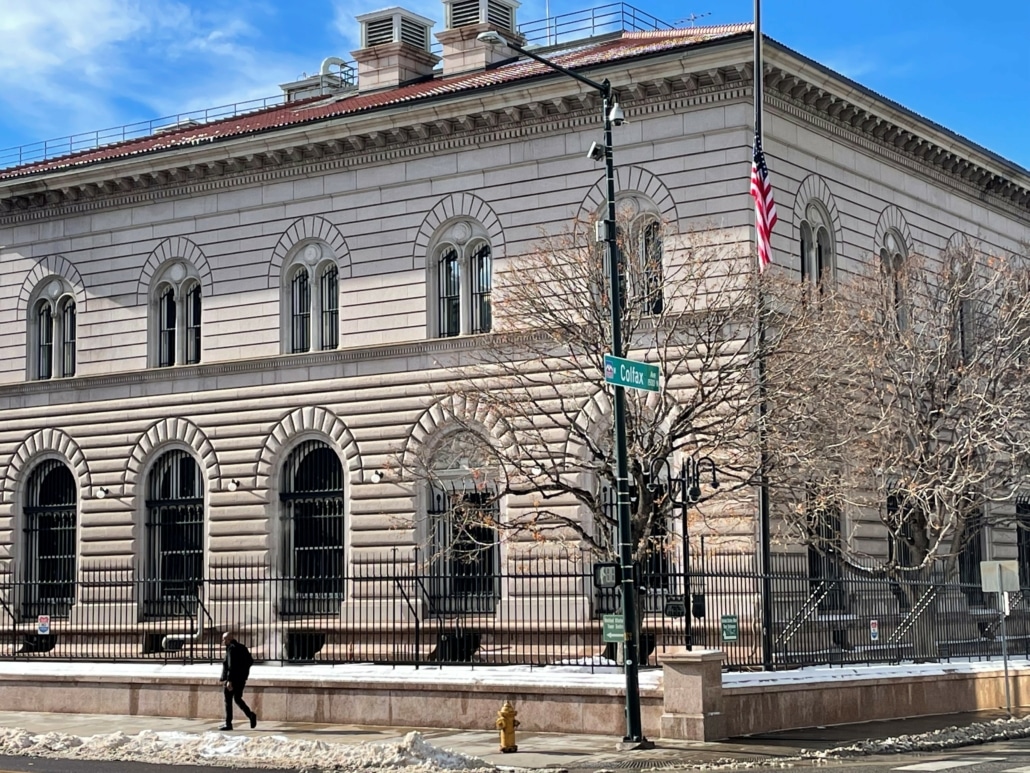 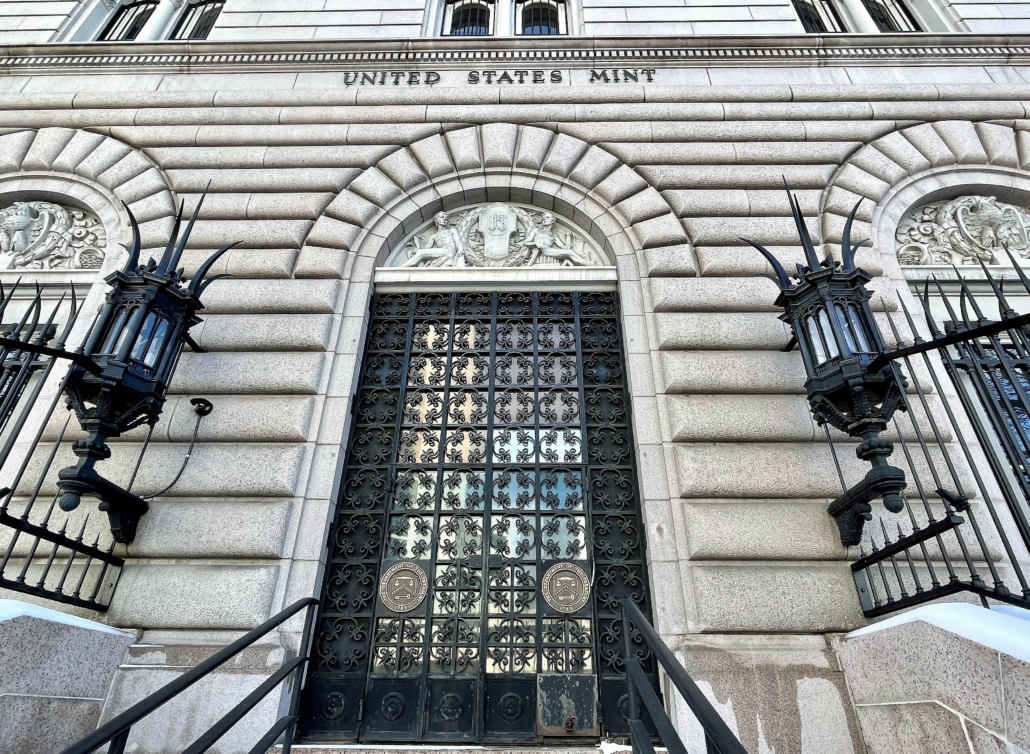 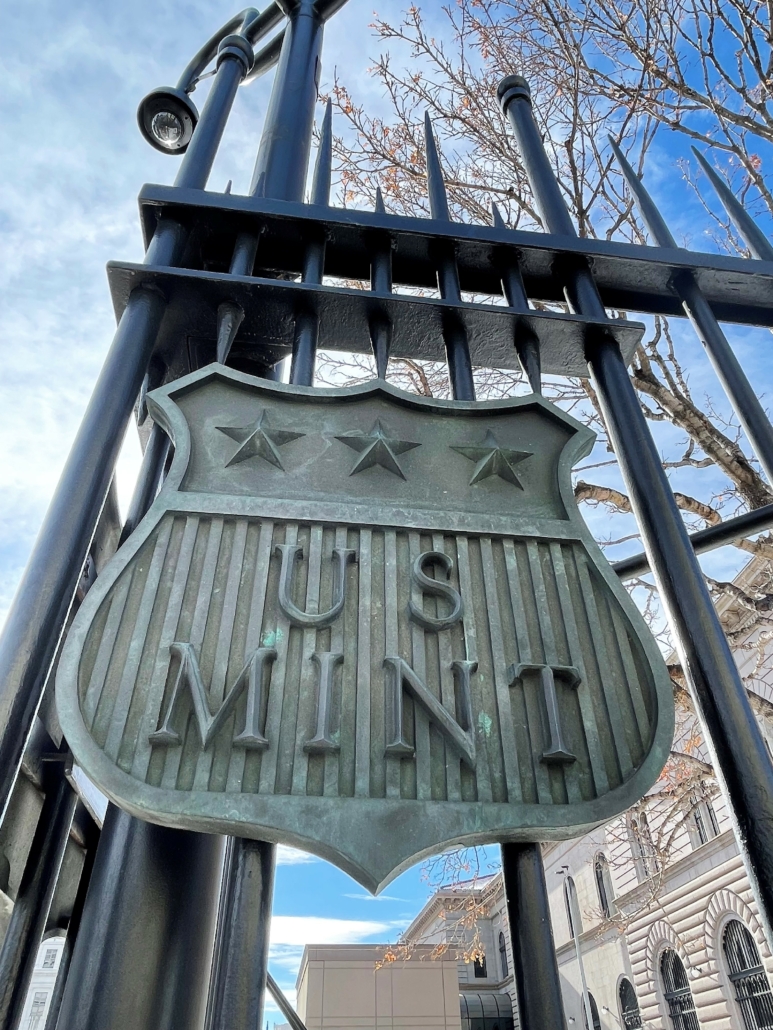 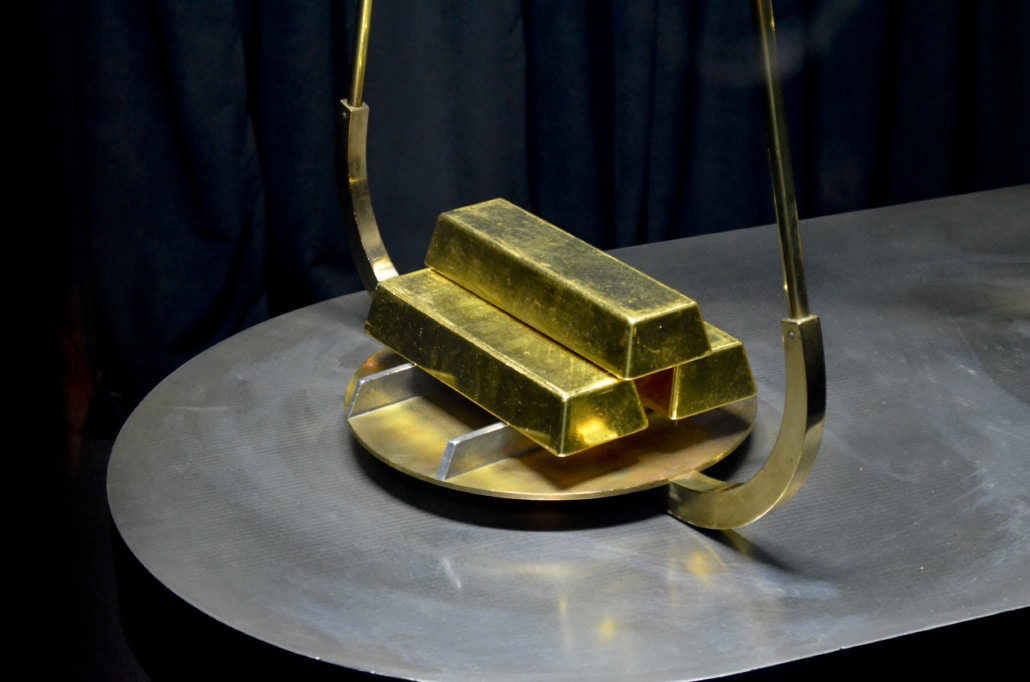 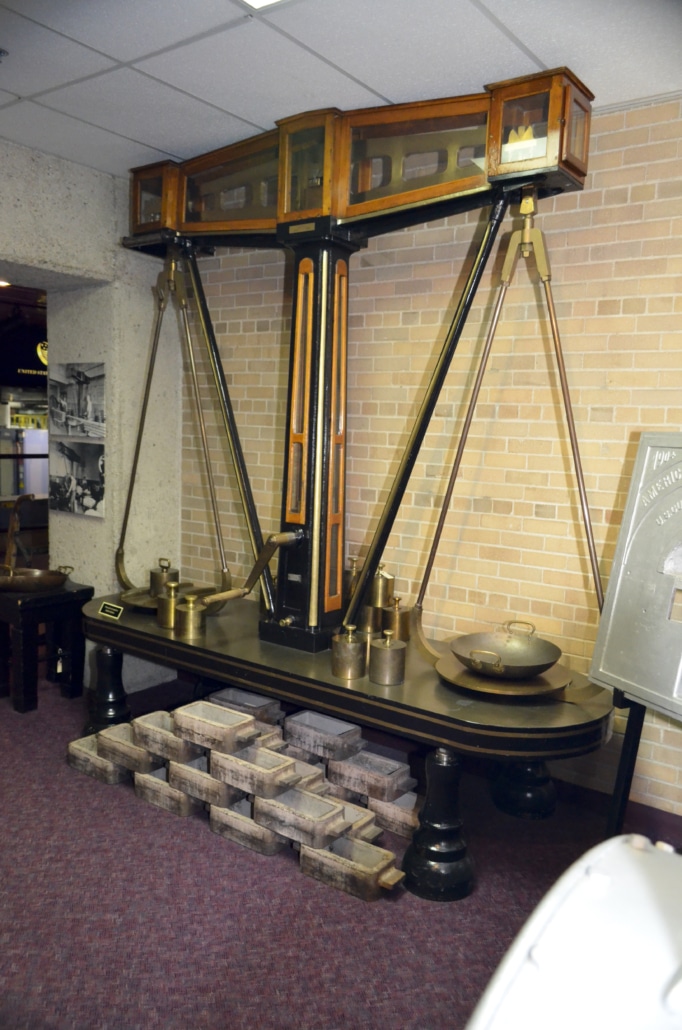 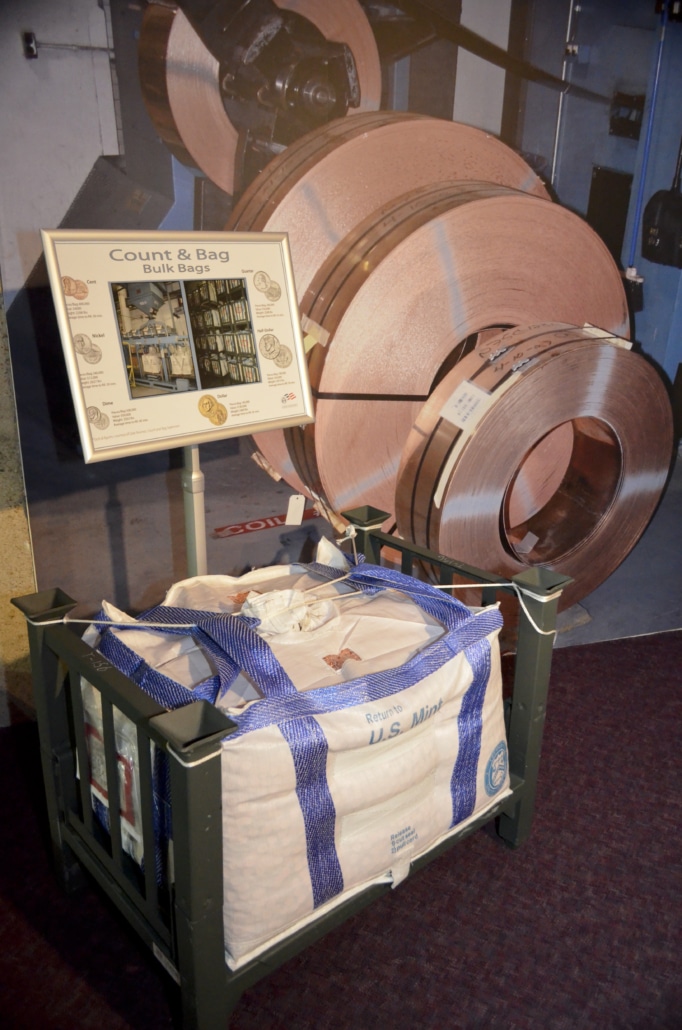 Since Hamilton was the author of the Coinage Act which in 1792 authorized the establishment of the U.S. Mint, he would certainly be fascinated to see how the Mint has come along. The first U.S. Mint in Hamilton’s day in Philadelphia produced 11,178 copper coins a year. In 2021, Denver had the largest mint in the nation, producing 6.95 billion coins, including 3.7 billion pennies. The copper pennies would have especially pleased Hamilton because he was insistent that the mint produce coins in copper as well as silver and gold. He wrote that copper coins would help the poor “by enabling them to purchase in small portions and at a more reasonable rate the necessaries of which they stand in need.”

But the frugal Hamilton would be staggered to learn that today it costs 1.76 cents to make a penny! More than 100,000 pennies are lost or go out of circulation in piggy banks every day. The Mint makes up for the loss on pennies by producing quarters for 8.62 cents. In profit from seigniorage — the difference between the face value of a coin and the cost of producing it — the U.S. Mint made $550 million profit in 2020. 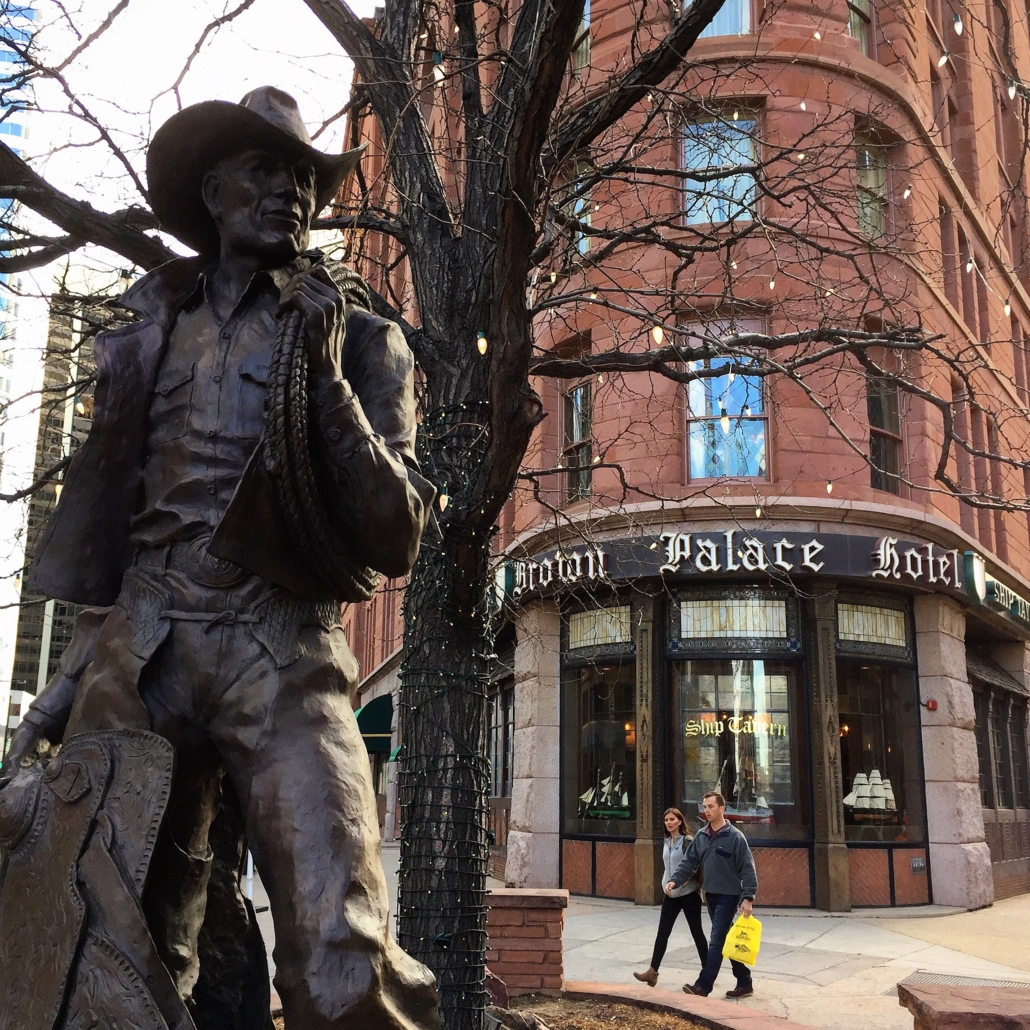 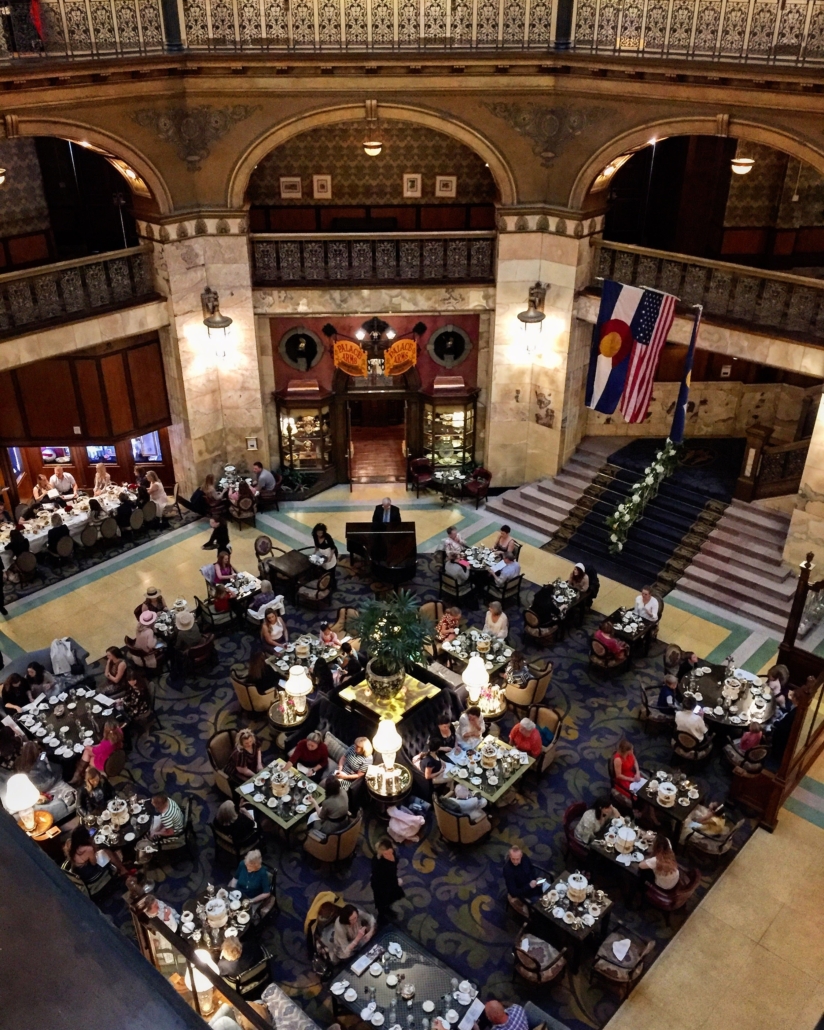 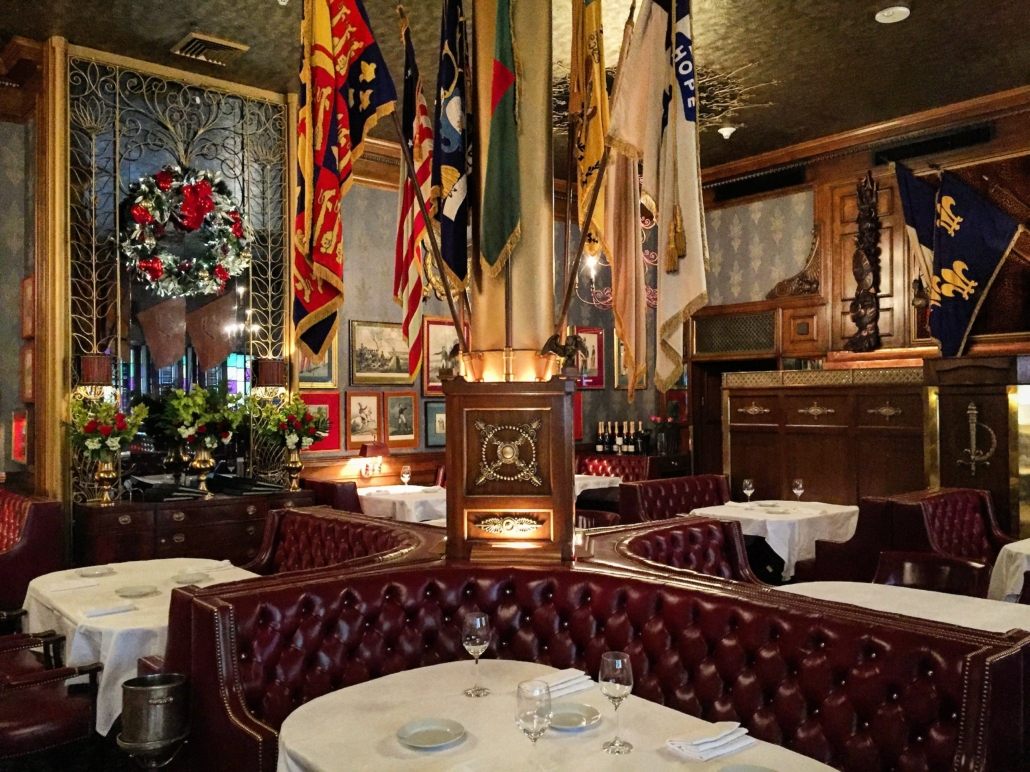 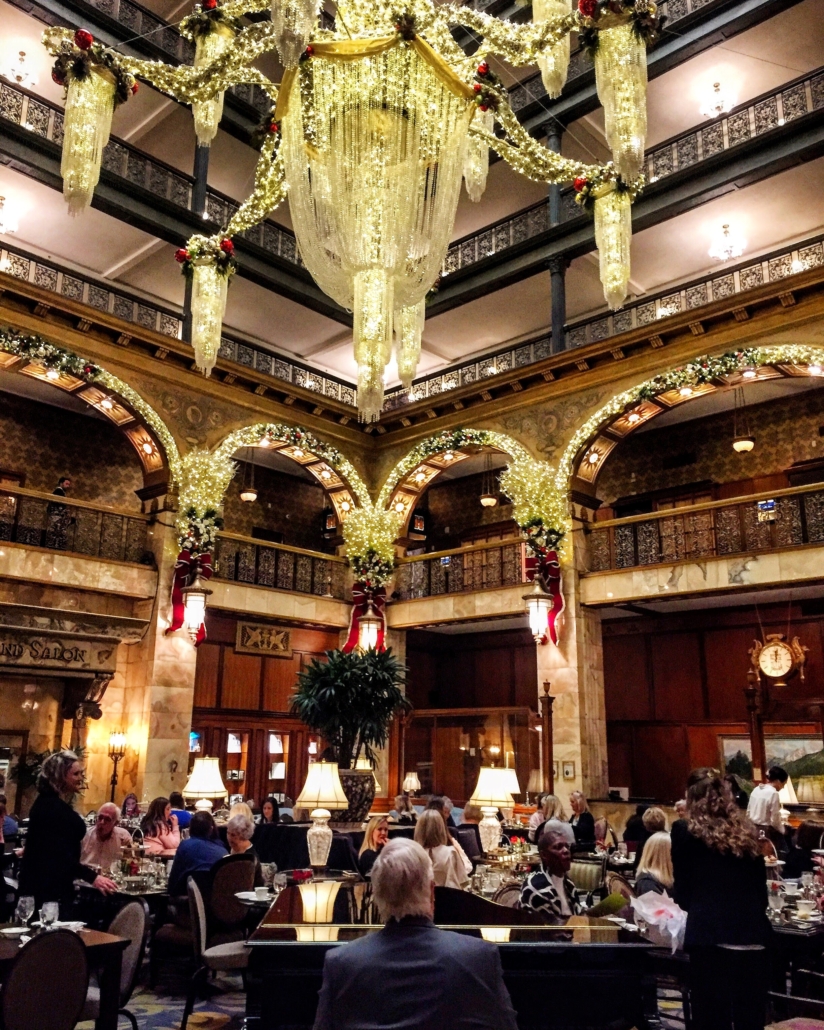 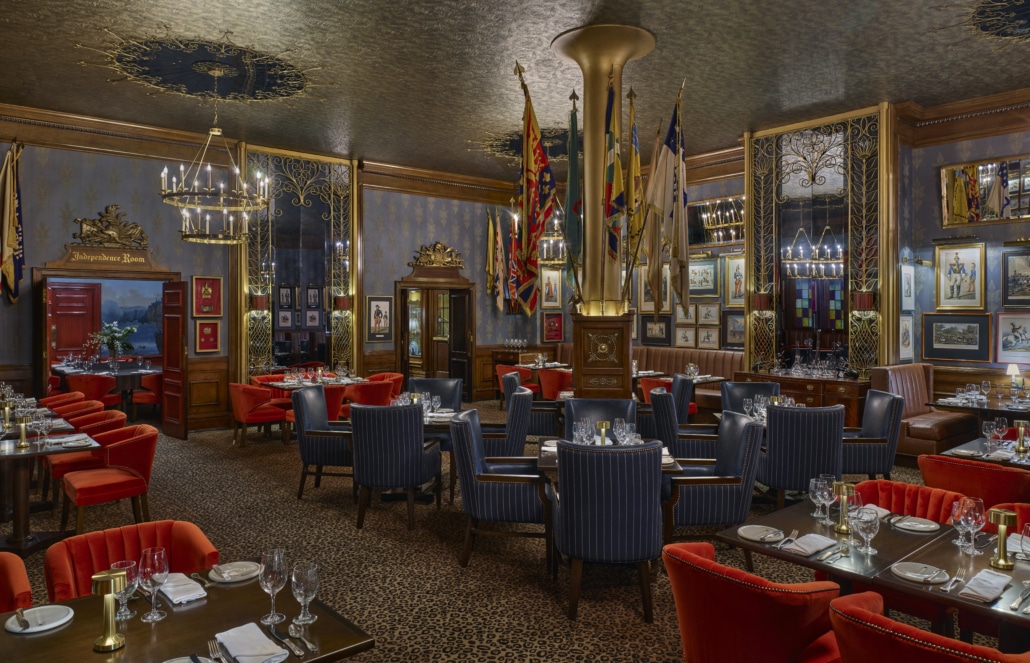 Unfortunately, the Mint is currently closed by COVID restrictions, but Hamilton would need to walk only a few blocks from it to the hotel where he would undoubtedly stay, the Brown Palace. The center of the hotel’s signature restaurant, the Palace Arms, is decorated with a collection of flags from the American Revolution, while the walls are covered with prints and antiques from the Napoleonic period. Hamilton knew of Napoleon, and despised the dictator he would become, predicting as early as 1797 that France would become “the terror and the scourge of nations.” Still, the Palace Arms would hold some fascination for him with its flags, army uniforms, rich red leather booths, gold Napoleon eagle, and eerily, a set of flintlock dueling pistols once owned by Napoleon and his second wife, Josephina. 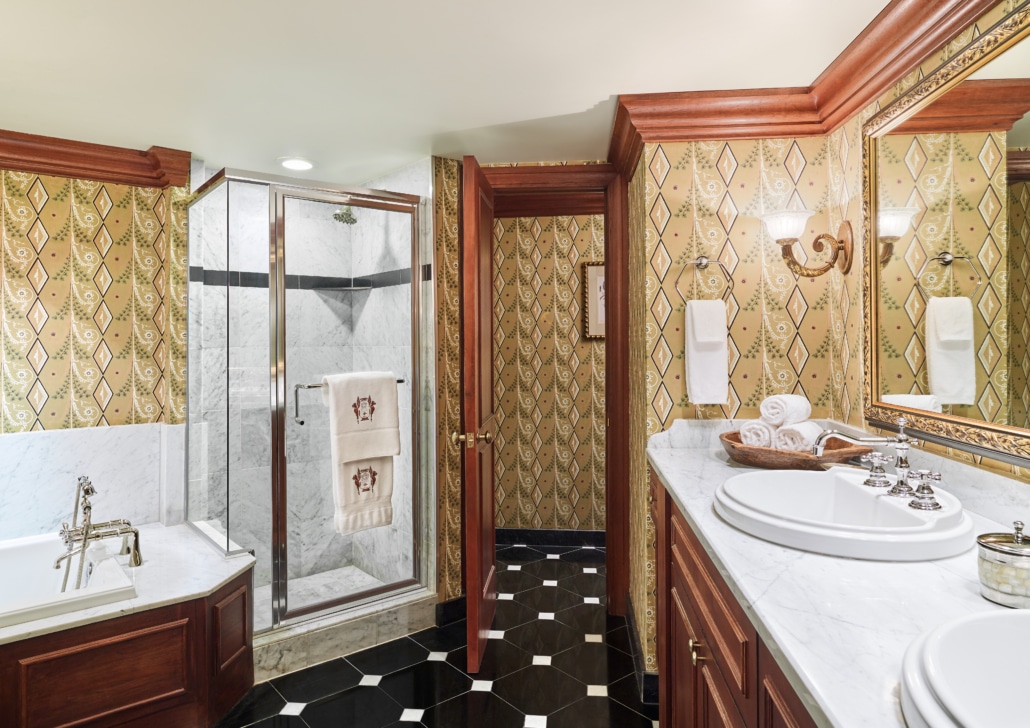 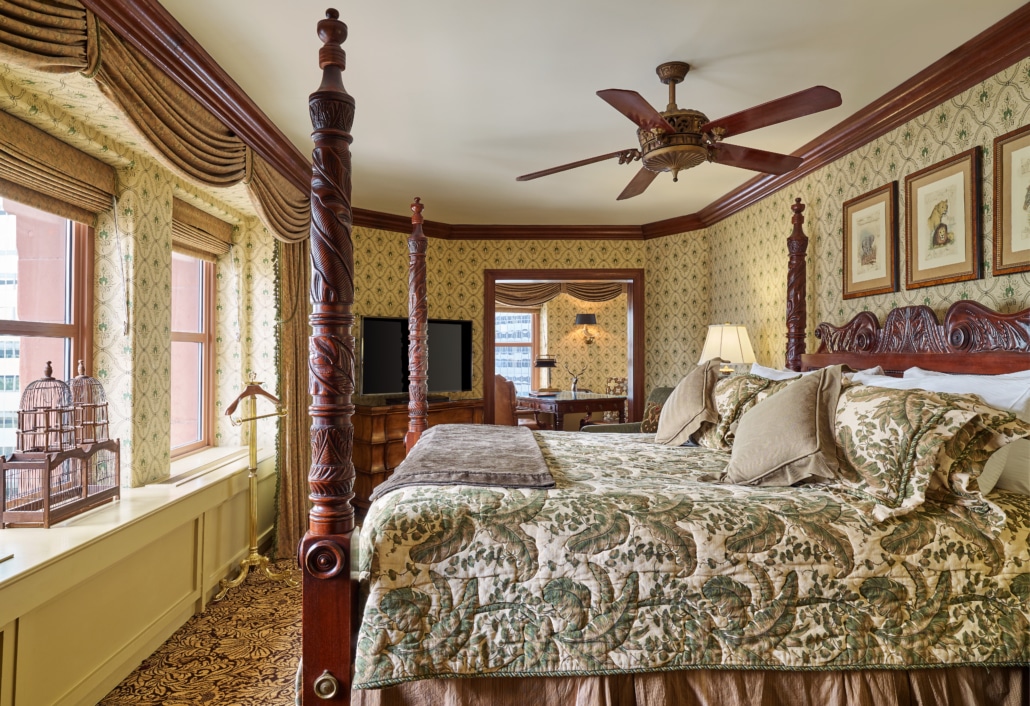 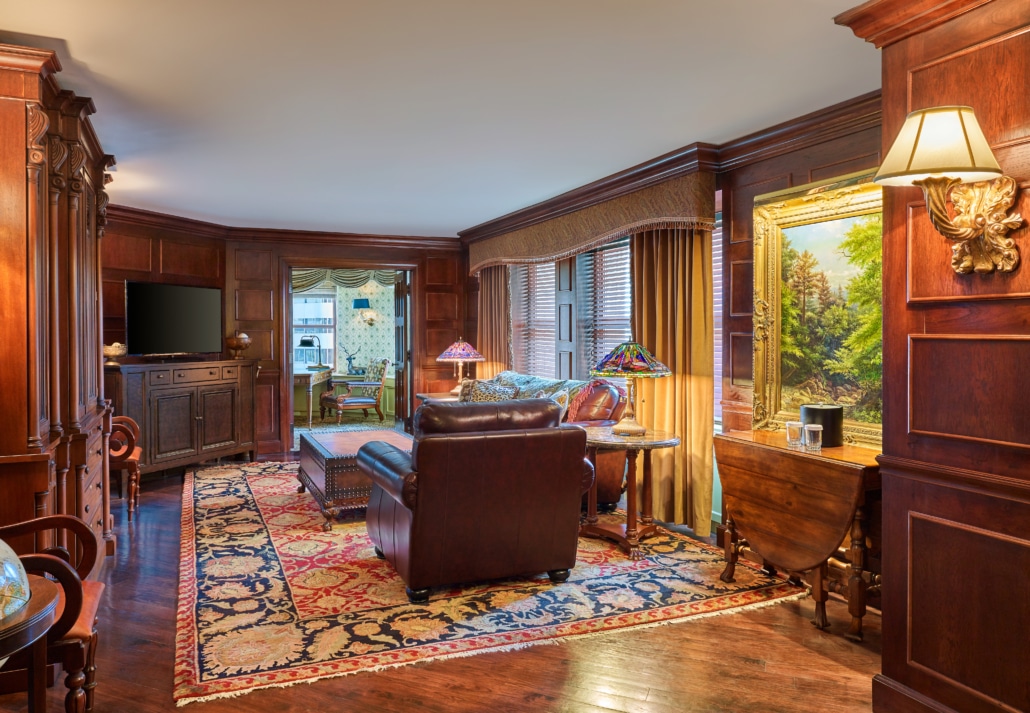 Naturally, Hamilton would stay in the hotel’s Eisenhower Suite. From his time serving with George Washington, Hamilton would understand that military and government leaders often have to move their homes around, and so it was with Dwight D. “Ike” Eisenhower. Ike and Mamie were married in Denver in 1916 and spent their honeymoon in what is now Eldorado Canyon State Park. Ike loved to fish and considered Denver and Colorado his home. While President in 1953-55, he spent up to six weeks each summer in Denver, turning his Brown Palace suite into what was called the “Western White House.” The presidential plane that took him to Colorado was called “The Columbine,” after the state’s flower. Today, Hamilton would enjoy a suite that looks much the same as it did when the Eisenhowers stayed here with rich blue carpeting and a cherry wood table with seating for eight underneath a crystal chandelier. There’s even a dent in the mantle accidentally made by Ike while practicing his golf swing.

Sadly, Ike suffered a heart attack in Denver in 1955 and because of the altitude, was advised by his doctors to never return. On leaving the Mile High City for the last time, Ike said, “So I leave with my heart unusually filled with gratefulness, to Denver, to the people here, to the locality — in fact to everyone who has been so kind.” 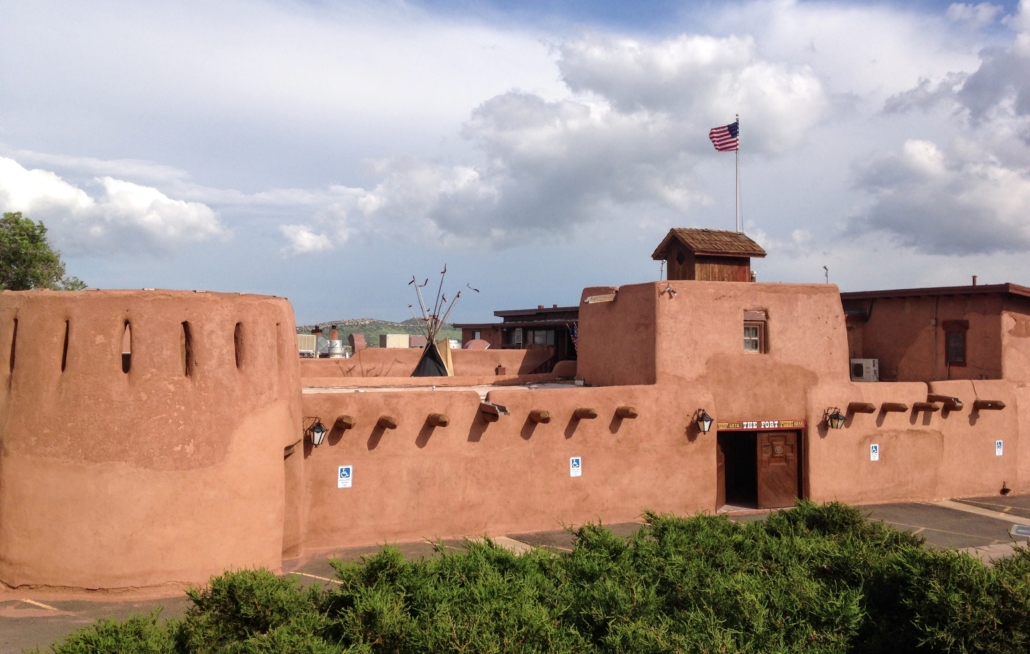 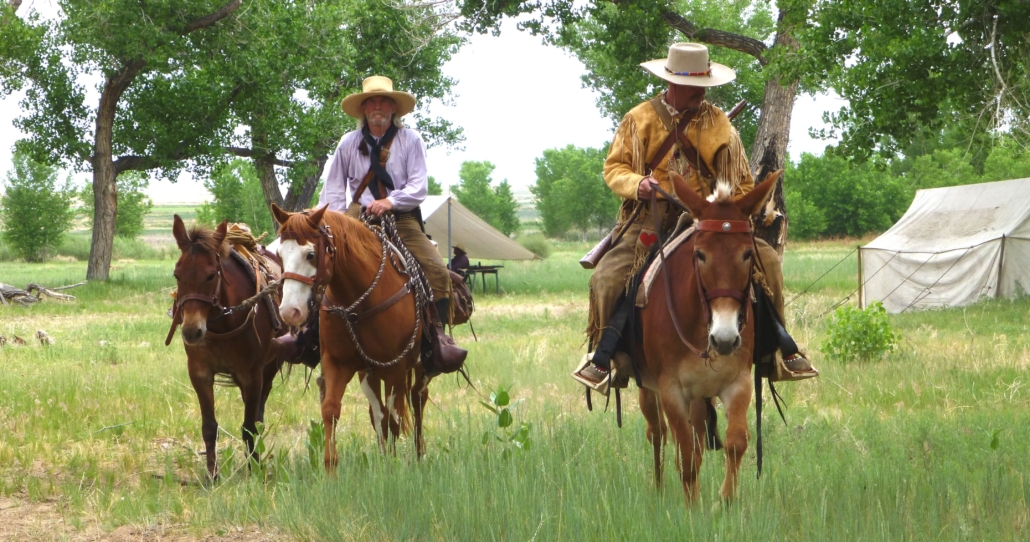 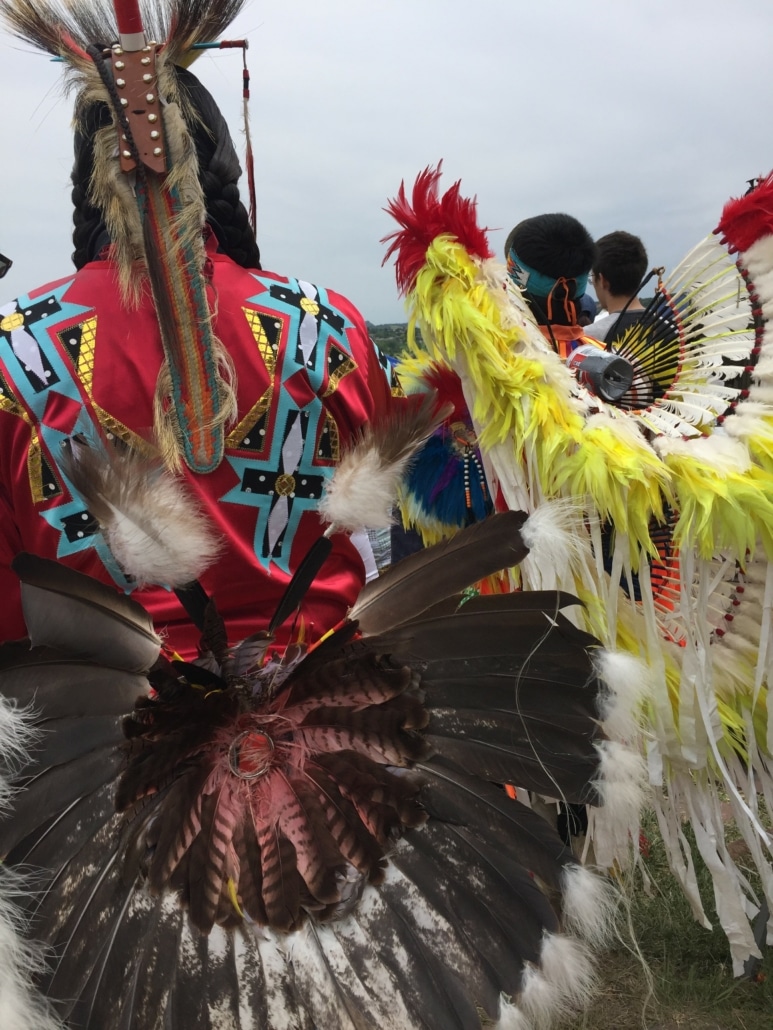 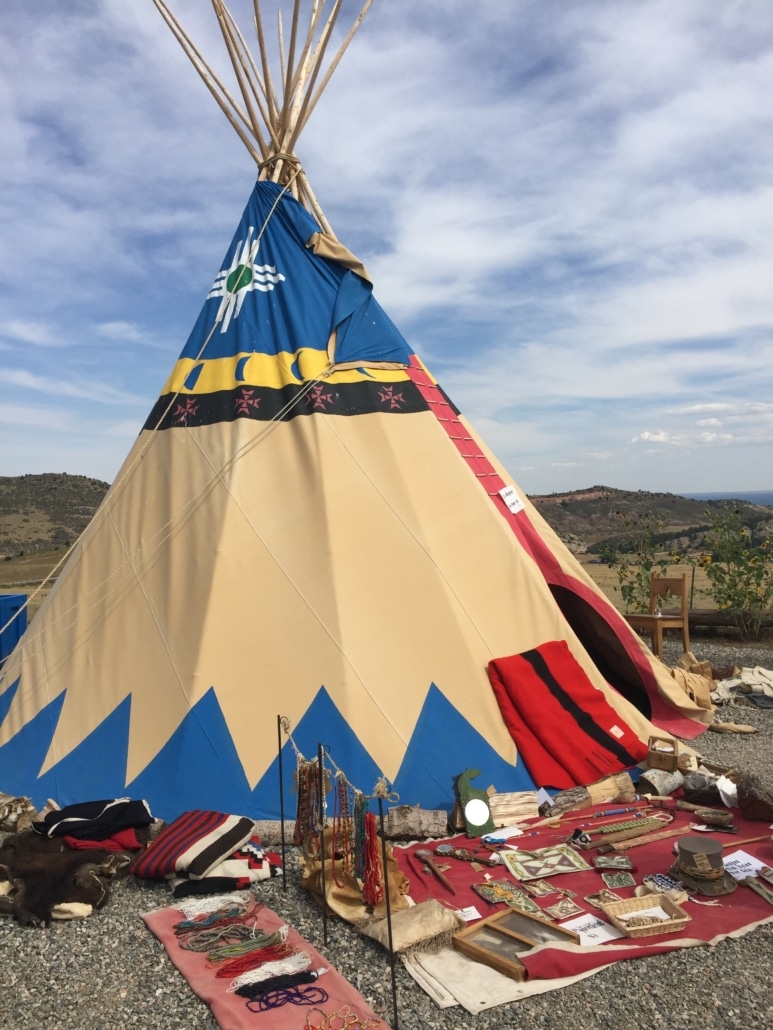 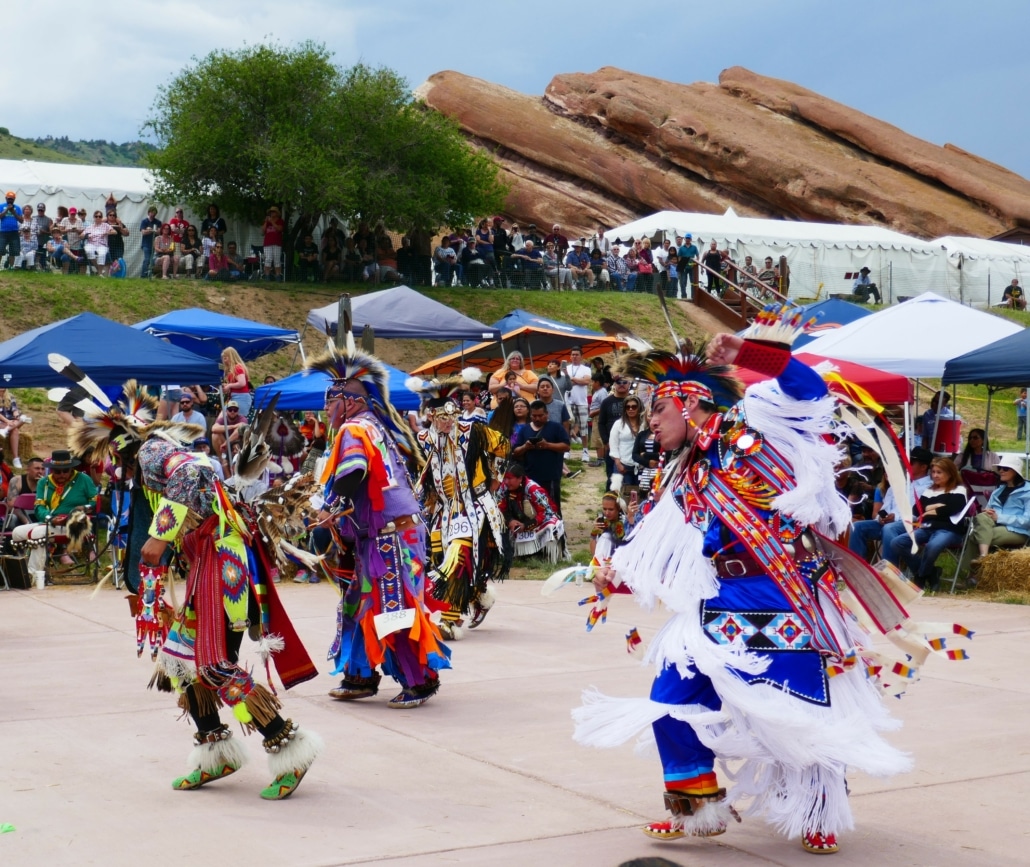 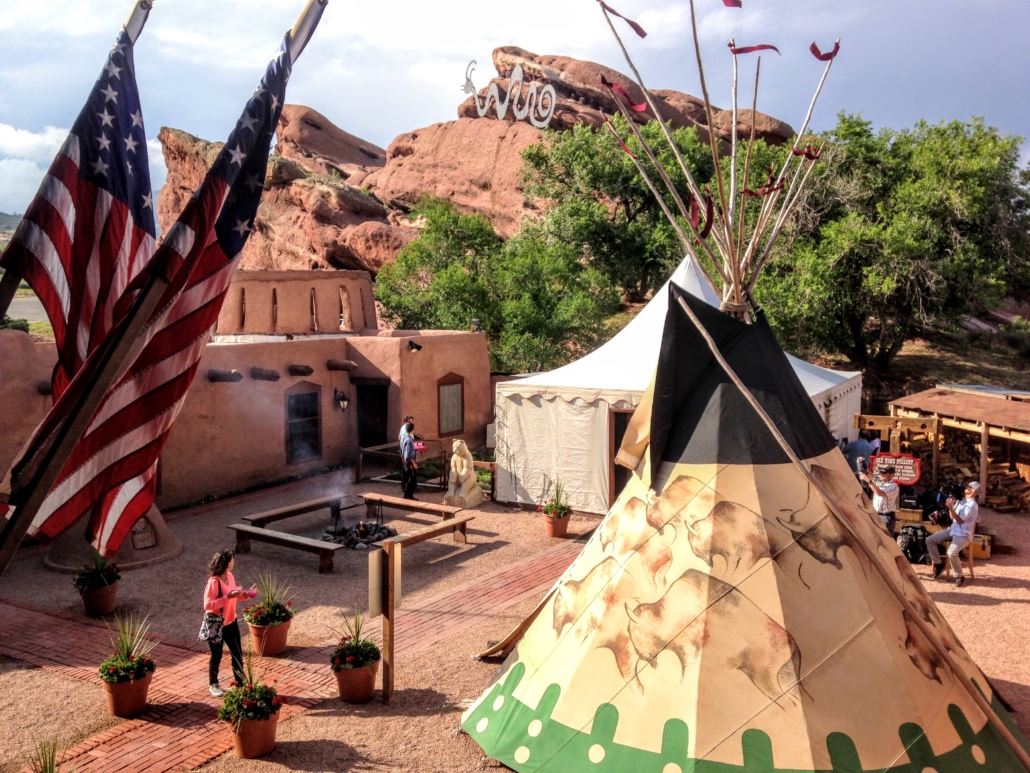 For his dinner, it is known that Hamilton had a fondness for beef. Since he always fancied himself a military man who came up from the artillery, a restaurant called The Fort (that also has a working cannon) would certainly appeal to him.

Hamilton would also be fascinated by any news of the Louisiana Purchase, which in 1803, doubled the size of the United States. The Lewis & Clark Expedition sent out to explore the new land did not return until after Hamilton’s death, so he would certainly be curious about what they discovered in the West.

The Fort restaurant is a reproduction of Bent’s Fort, which was built in 1833 as a fur trading post on the Santa Fe Trail beside the Arkansas River near present day LaJunta, CO. At the time, this was the border with Mexico. The romantic adobe fort with a tower and high walls was referred to by people who saw it as a “castle on the plains.” Over time, the actual fort disappeared into ruins, but in 1961, Sam’l P. Arnold decided to rebuild it from the original plans on a high point overlooking Denver. It took 22 men to make 80,000 mud and straw bricks (each weighing 40 pounds) to re-create the adobe fortress, which eventually became a restaurant specializing in foods of the Old West. Now run by Sam’s daughter, Holly Arnold Kinney, the Fort was the restaurant picked by President Bill Clinton to host dinner during the Summit of the Eight in 1997, where the leaders of the world including the Clintons, England’s Tony Blair and Russia’s Boris Yeltsin dined on buffalo, elk, quail and beef, all no doubt washed down with shots of the Fort’s authentic mountain man trade whiskey: fine bourbon deliciously flavored with red pepper, tobacco and black gun powder.

Amidst wood burning fireplaces, with adobe walls adorned with flintlock muskets, maps and Native American weapons, in a room where political history was made, and sitting before a plate of delicious beef or buffalo, it’s certain that Alexander Hamilton would feel at home and raise a toast to the 21st century in Denver.