The Colorado Shakespeare Festival has announced casting for its 60th anniversary season in the summer of 2017, and it includes not only a female Hamlet, but one familiar to DCPA Theatre Company audiences. Lenne Kingaman, who played Juliet in Romeo and Juliet and two roles in Appoggiatura, will be mulling the meaning of her existence on the University of Colorado’s intimate indoor stage.

And DCPA veteran Robert Sicular will be playing Julius Caesar. He’s performed in 11 Theatre Company productions from 1994-2012, most recently Heartbreak House, The Liar and The Taming of the Shrew. Anthony Powell (All the Way) directs.

“I’m super excited about the cast we’ve put together,” Producing Artistic Director Timothy Orr. “We worked really hard to assemble a group of local favorites — some of the best in Colorado — as well as actors from California and New York who we’ve been trying to get out here for several years.”

Carolyn Howarth is directing a contemporary version of Hamlet in a fresh way that should unlock more of the enduring mysteries of the play, Klingaman said.

“To be a woman sinking my teeth into a role that is so iconic, but from a female perspective, is going to allow us to open up the characters and the relationships in the story in a way that will help us find our way to an even more universal portrayal of the character and the play as a whole,” she said.

For centuries, women have been going through the same juggernaut of earth-shattering experiences Hamlet went through, Klingaman said. Audiences just have not been allowed to see that play out on a stage until now.

“To be a woman and to get to tackle those issues of power and mortality and duty and love will be extremely thrilling,” Klingaman said. “But I am also excited about what it does to every relationship in the play”

It should be noted that Ophelia still will be played by a woman (Emelie O’Hara).

“Our understanding of masculinity and femininity today is so different from Shakespeare’s time,” she said. “Some of our ideas of what might be feminine today are now more in line with might have been considered masculine in Shakespeare’s time. I want to open up a more fluid conception of gender and masculinity and femininity. It’s not just a question of one or the other.”

University of Northern Colorado theatre professor Shelly Gaza will make her Colorado Shakes debut as Kate in a New York-centric, post-war The Taming of the Shrew. Scott Coopwood, a Marin Shakespeare Company and Portland Center Stage regular, will play Petruchio.


Gaza’s Kate is a plucky Air Force pilot who’s just returned to New York City from a tour in World War II, and Coopwood’s Petruchio, older and wiser in this production, must grapple with the fact that he’s fallen in love with his strong, stubborn match.

“I can’t believe I get to work with Sean and Michael in the title roles,” said Orr, who will direct. “Comedically, these guys can tear the roof off a theatre.”

HAMLET, indoors
June 23-Aug. 13
Shakespeare’s masterpiece, often considered the greatest play in the English language, returns for CSF’s 60th season. When Hamlet’s world is ripped apart by his father’s sudden death and his mother’s hasty remarriage, the young prince’s mind wrestles with his heart in a tormented quest to uncover the truth. Staged for the first time inside the intimate University Theatre, this is Hamlet as you’ve never seen it before.

THE TAMING OF THE SHREW, outdoors
June 11-Aug. 13
CSF kicks off its 60th season with a zany comedy set in swinging 1940s New York City. Enter Kate, a plucky pilot who’s just returned from the fray of World War II, and her stubborn match, Petruchio. On the vibrant streets of Little Italy, the two duke it out in a battle of wits, dance the night away and discover, against all odds, a mutual respect that’s almost like being in love.

ROSENCRANTZ & GUILDENSTERN ARE DEAD, indoors
July 21-Aug. 13
In this hilarious and mind-bending comedy by the Oscar-winning screenwriter of Shakespeare in Love, Hamlet is brilliantly retold through the eyes of two minor characters. Rosencrantz and Guildenstern, two bewildered schoolmates sent to pull Prince Hamlet out of his descent into madness, grapple with fate, free will and the game of life. CSF’s production brings its full Hamlet cast on stage to inhabit Stoppard’s ingenious parallel universe of wit and wisdom. 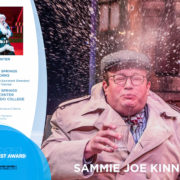 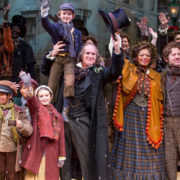 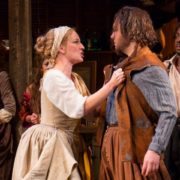 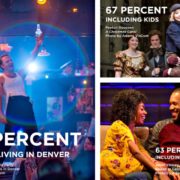 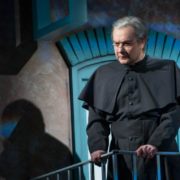 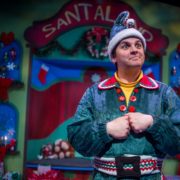