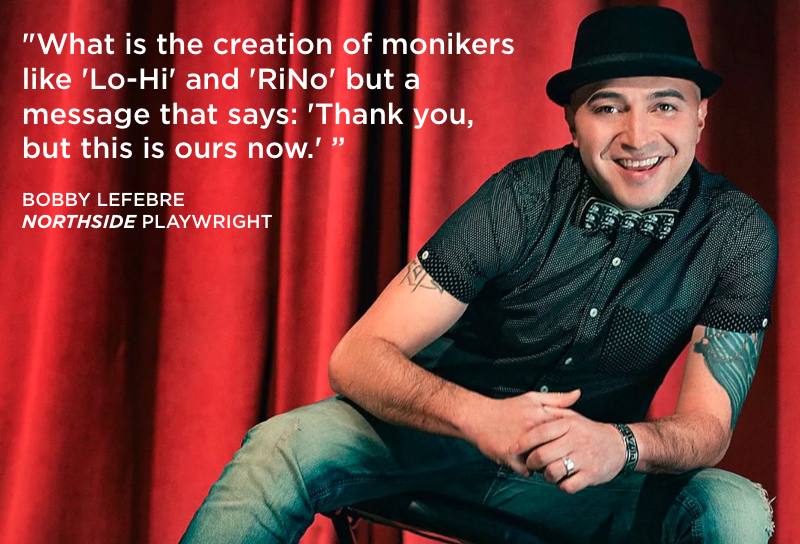 Playwright Bobby Lefebre has seen the future, and it follows the same pattern of privilege that has displaced minorities for centuries

Note: The following is a guest column for the DCPA NewsCenter authored by Bobby Lefebre, playwright of Su Teatro’s world-premiere play ‘Northside.’ The show has been extended twice and next will be presented September 13-14 in the  North High School Auditorium, 2960 Speer Boulevard.

“Gentrification.” It’s a cliché, four-letter word so platitudinous in the conversation of Denver’s ever-changing cityscape that it has lost all weight and relevance. We know what it means. We know what it feels like. We know what it has done to us. We watch as longstanding Denver residents scratch at its ever-present side effects, licking the open wounds with nostalgia-turned-resentment.

So many of our neighborhoods have become graveyards to yesterday. Places where culture and history have been buried unceremoniously. Places we only seem to speak about in the past tense. As developers salivate, the hungry tractors’ bellies growl and sink their teeth into anything that might transfigure into dollars. Capitalism and individualism: It’s the American way. 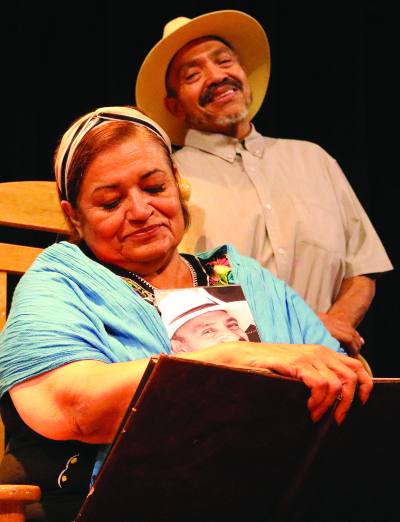 Our city is in the middle of an unabated identity crisis. In the wake of a dismal and contentious mayoral election, conversations are being had everywhere about where we have been and where we are headed.

My play Northside is set against this tumultuous and controversial backdrop. It runs June 13-30 at the Su Teatro Cultural and Performing Arts Center. Northside tells the story of a young professional Latinx couple looking to come home and buy a home in the rapidly gentrifying neighborhood where they grew up. But they encounter numerous obstacles along the way. When they set their sights on a home owned by the very first Chicano family that moved onto their block in the 1960s, they find themselves in a race to buy with a young professional white couple looking to buy in the “up-and-coming inner city.” The owner, an elderly matriarch in failing health, is reckoning with the difficult decision of who gets her home.

‘Preservation of one’s own culture does not require contempt or disrespect of other cultures.’ – Bobby Lefebre

For people of color, land and identity are inseparably entwined. The aftermath of genocide, colonialism, the enslavement of African people and the systemic proliferation of white supremacy are foundational and causational to the calculated modern ways cities are changing all across our nation. For what is the renaming and rebranding of our neighborhoods but colonization? What is the disassociation from a neighborhood’s past but cultural erasure? What is the creation of monikers like “Lo-Hi” and “RiNo” but a message that says: “Thank you, but this is ours now.”

North Denver always has been a neighborhood in transition. The diversity of cultures and people has brought a beautiful kaleidoscope of colors, histories and flavors. Before the neighborhood was gentrified, it was largely Latino. Before it was Latino, it was Italian. Before it was Italian, the Irish, German, Scottish, Polish, Welsh, Cornish and Jewish were there. Before any person of European descent set foot there, the Cheyenne and Arapahoe called the land home. These cultural snapshots of the past have defined the neighborhood psychologically, culturally, ethnically, architecturally and geographically.

It is important to consider that marginalized groups find it imperative to their survival to stick together. Community is created by forming close-knit cultural networks to meet basic needs and promote positive self and collective identity. Folks rely on one another to exchange resources, information and knowledge. As time passes, the local economy grows and ripples outward until the enclave becomes a thriving, prosperous neighborhood. Then, after years of hard work and sacrifice, folks become more stable. If they leave of their own accord, they create vacancies for the next generation of people trying to “pull themselves up by their bootstraps.”

The demographic moving into North Denver does not fit the area’s historical template of cultural change, and this jarring juxtaposition is creating conversations about power and privilege that reached their boiling point long ago. It is paramount to remember that black and brown neighborhoods in Denver were, for the most part, designed by racist practices like redlining and other malicious and discriminatory housing policies meant to relegate people of color to specific areas. Did we not argue for the right to live anywhere?

Communities of color, however, always find a way to lead with survival and resilience and find resourceful ways to make the best out of what they are given. That’s why Denver neighborhoods including Five Points and the Northside were able to operate with some degree of self-sufficiency for so long, creating cultural and economic stability and opportunity where there previously was none. Remember when white folks purposely stayed away from these neighborhoods? Decades ago, when they engaged in “white flight” to escape the perceived ills of living in the inner-city. 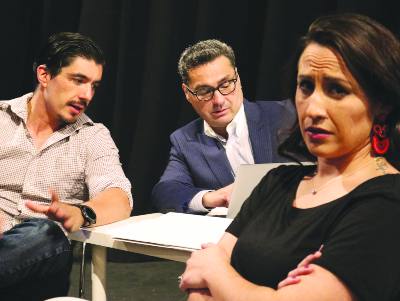 It is important for me to say that my focus on Chicano permanence does not negate the right for others to live among and share community with us. Cesar Chavez said it best: “Preservation of one’s own culture does not require contempt or disrespect of other cultures.” How do we effectively balance the new and the old? How does this undeniable cultural conflict play out in real time? What do we do to untangle salient differences of social values?

I wrote a play about it.

For nearly 50 years, Su Teatro has placed itself at the center of Denver’s Latino artistic expression and established a national reputation for homegrown productions that speak to the Chicano history and experience. The theatre company, with whom I have been engaged in multiple ways for the past 20 years, has used the stage as both a tool and an entry point to contextualize and address pressing social issues.

Northside comes at a special time in Su Teatro’s history in that the production is written, directed and largely performed by the younger generation of artists who have taken the baton to continue the work of their predecessors into the future. Hugo E. Carbajal, the director of the play, has been a company member with Su Teatro since he was a teenager. He has come home from Los Angeles, where he works as an actor (“Brooklyn Nine Nine”) and director, to lead the creative process.

As a marginalized group, Latinos have used art to rally around their cultural identity for decades. Miguel Algarín Jr., one of the fathers of the Nuyorican poetry movement, describes it this way:

‘The poet sees his function as a troubadour. He tells the tale of the streets to the streets. The people listen. They cry, they laugh, they dance as the troubadour opens up and tunes his voice and moves his pitch and rhythm to the high tension of truth.’

I, too, am a poet. And I hope my play Northside serves as an unapologetic celebration of cultural preservation and permanence, as well as a eulogy to things lost. It is an urban-colloquial story of power and privilege, unflinching love and the innate human need to belong somewhere. Join us.

‘Northside ‘playwright and Denver native Bobby Lefebre is an award-winning writer, actor and two-time Grand Slam champion poet. He is a National Poetry Slam Finalist, an Individual World Poetry Slam Finalist and a two-time TEDx speaker. He has performed at hundreds of cultural events, social actions, detention centers, conferences and colleges and universities across the United States and abroad. LeFebre is also co-founder of Cafe Cultura, an award-winning nonprofit that uses poetry as a tool for youth literacy. LeFebre, who was named one of Colorado’s top 100 creatives by Westword, is a graduate of North High School, Metropolitan State University of Denver and the University of Denver. Find his web site at bobbylefebre.com 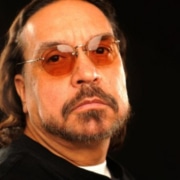 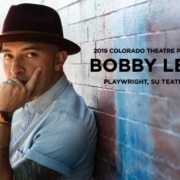 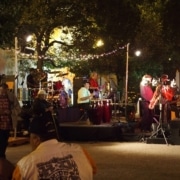