Most Americans have had Chinese food all their lives.

Chinese food arrived with the first immigrants in the 1840s, looking to strike it rich panning for treasure in “Gold Mountain” — what America was called in China. The cuisine was first cooked up by and for the immigrants themselves, but despite racism against the wave of Asian immigrants, including the Oct. 31, 1880 race riot in Denver’s Chinatown district, by the late 1800s, there was a national fad for Chinese dishes, especially chop suey.

Based on a dish from Guangdong province west of Hong Kong, chop suey has been given several mythological origin stories: that it was invented by a cook for Chinese railroad workers by throwing together whatever meat and vegetables he had on hand; that an imperial chef cooked it up for an emperor’s visit to the U.S. that could appeal to both the Chinese and American dignitaries, and that a restaurant cook tossed together leftovers for a group of white miners to avoid being beaten. None of the stories have been proven true but all have an element of historical truth to them: “chop suey” could be a Romanized version of tsap seui, a Guangdong dish that translates simply to “miscellaneous leftovers.” It’s a malleable recipe that can be made with almost anything available in the kitchen.

Chinese food intrigued the taste buds of Americans 150 years ago partly because it was considered “exotic” like Afong Moy, the central character in the DCPA Theatre Company’s production of The Chinese Lady (Sept 9-Oct 16, 2022). But also because Chinese food tastes good and is available everywhere.

In her terrific 2008 book The Fortune Cookie Chronicles: Adventures in the World of Chinese Food, then-New York Times reporter (now tech entrepreneur) Jennifer 8. Lee wrote that there are more Chinese restaurants across the United States than Wendy’s, Burger Kings and McDonalds combined. Practically every small town from east coast to west, to the deep south and New England, have at least one Chinese restaurant. They all have on hand the takeout boxes we associate only with Chinese food (maybe with a dragon, or a pagoda in red on the side, and a wire handle), and they all add fortune cookies (which author Lee explains are not Chinese at all, but a Japanese American invention). In fact, the oldest continuously operating Chinese restaurant in the U.S. isn’t in San Francisco or New York City — it’s the Pekin Noodle Parlor in Butte, Montana, opened in 1911 and still run by the same family.

Denver doesn’t have a Chinese restaurant that has such a long history, but for theatergoers hankering for food after seeing The Chinese Lady, here are 10 suggestions for some fine Chinese fare — both traditional and contemporary. 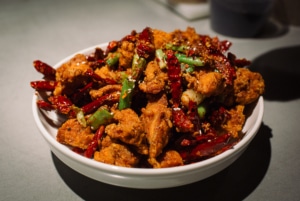 Hop Alley is located in RiNo, not LoDo where Denver’s Chinatown district once thrived in the late 1800s. Chinatown was referred to as “Hop Alley” by whites back then because of opium dens. Today, owner Tommy Lee understands the racial implications of the name he chose for his eatery that serves a modern version of Chinese cuisine using both traditional and sometimes surprising ingredients (peaches for the sweet-and-sour edge on pork loin). Although very 2022 American, it’s built on a thoroughly Asian foundation: the building once housed a Japanese American-owned soy sauce brewery. 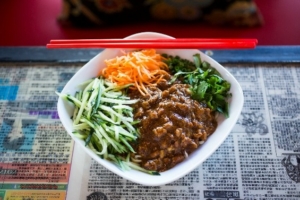 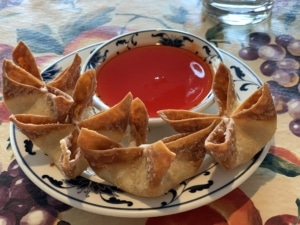 Through different owners and staff changes through the decades, Tea Garden in suburban Arvada has been a reliable source for American Chinese comfort food. Sure, General Tso’s Chicken or Beef with Broccoli aren’t dishes that a person in China would recognize. But they’re tasty and hit the spot with a nostalgic blast of flavor for anyone who’s grown up with “Chinese food.” 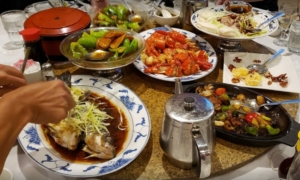 Empress’ large dining room is ideal for banquets, so diners might end up sharing the space with an organization’s annual gala with speeches and entertainment — especially during the Lunar New Year season in January and February. The menu includes both traditional and Americanized fare and is served (like many large Chinese restaurants that host banquets) on “Lazy Susan” rotating tabletops so diners can spin for their favorite dish instead of standing to reach across, a European invention that is now associated with Chinese restaurants. 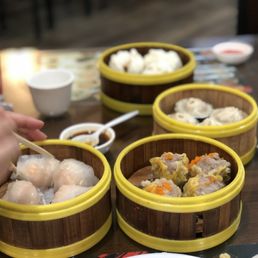 Star Kitchen bookends the south end of the South Federal Blvd. Asian (mostly Vietnamese, hence the nickname “Little Saigon”) strip with a broad and authentic selection of dim sum that goes far beyond the items familiar to most Americans, like dumplings and pork buns, and serves cold sliced pork hock, beef tripe with turnips, congee with preserved duck eggs and lots more. Fans line up especially during the weekend for a dim sum lunch. 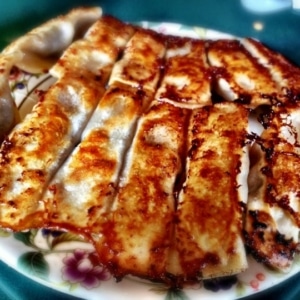 Lao Wang is a small family-run eatery on the South Federal Asian strip that serves the best dumplings in the universe, according to more than one foodie. The menu is small with dumplings and noodle dishes the highlight. The must-order items are the Xiao Long Bao steamed soup dumplings, pan-seared Pot Sticker dumplings and Dan Dan Noodles. The family running the restaurant got smaller last year when chef Tse Ming Wang died at age 76. His wife, Chun, who hand-crafts the dumplings, and son Danny continue to run Lao Wang. 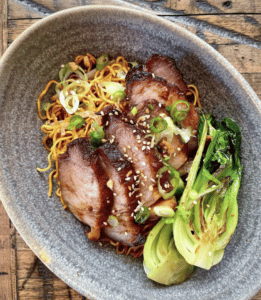 Some food trucks are so popular that the menu items can run out. Yuan Wonton, run by Penelope Wong, is one such food truck. Wong, a former country club head chef who drove out on her own in 2019, has a devoted fan base glued to her social media for upcoming locations and order ahead so they can be sure to get their meals. 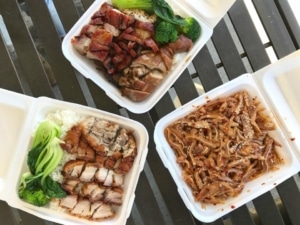 It’s not much to look at — a strip mall space a few doors down from H Mart with a counter and some tables for dining in. But the place isn’t designed for dinner out, it’s made for takeout, and the food to go is superior, and traditional. Char Siu Pork? Yes. But also crunchy Spicy Pig Ears and soft Beef Tendons. BBQ Ribs or Duck, check. The restaurant features a surprisingly large menu for such an unassuming spot. 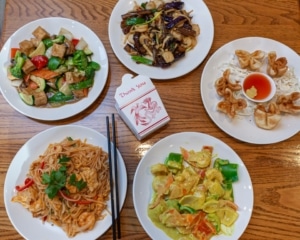 This family-owned restaurant in a quiet North Boulder strip mall (with a second location in Longmont) has been serving authentic Chinese dishes off a not-so-secret Chinese menu (in English) that takes the food beyond typical American Chinese fare. Just scroll down the menu to the “Shanghai Specials” for Ants on a Tree (bean thread with pork), Gin Du Pork and more. 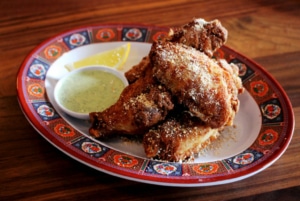 Food halls are the hip new thing, and Meta Asian Kitchen is the hip new Chinese eatery in north Denver’s Avanti F&B, serving up Hong Kong favorites to a hungry young (and old) foodies. The Bao Buns are heavenly culinary pillows, and entrees include Hong Kong Style Curry, Beef Stir-Fry Noodles and Sizzling Spicy Noodles with your choice of protein. 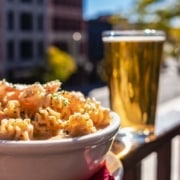 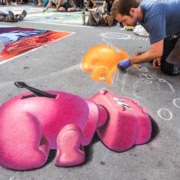 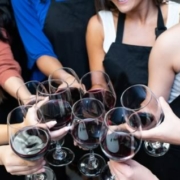 Get Your Girl On! 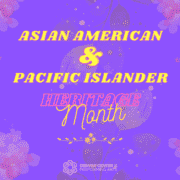