“You lost a brotha?  I lost my family.

You lost a brotha?  I lost my whole country.

You lost a brotha? I lost my wife and kids.

You lost a brotha? [Expletive], I lost everything I had.”

Vietgone is a modern play that plays by no rules. It is many things at once — an often silly comedy, a heart-expanding love story and a look back at a troubled time in American history. It is also, at certain points, a play with music. Because playwright Qui Nguyen is the kind of writer who will randomly throw kung-fu fights, ninjas and even hip-hop into his storytelling simply because it amuses him at the time.

But Nguyen’s story is primarily set in 1975, when his Vietnamese parents met at a refugee camp in Arkansas. And hip-hop didn’t enter the popular vocabulary until the 1980s. So an audience member put the question directly to director Seema Sueko at Perspectives, a free public community conversation held before the DCPA Theatre Company’s first preview performance of Vietgone: Isn’t it a bit anachronistic to be using rap in a story that takes place before rap even existed?

Vietgone playwright Qui Nguyen: And now, for someone completely different

Nguyen’s script is filled with what Sueko calls “intentional anachronisms,” including easily the most crowd-pleasing scene in the play: An extended ninja battle that showcases the cast’s physical-comedy abilities. Should it matter that ninjas aren’t real? Should it matter that human beings don’t typically break into song, unless they are performing in a musical?

“The theory with musicals has always been that when you are so filled with emotion, you burst into song,” Sueko said. “The fact that the convention here is rap just seems like a perfect fit to me, because rap is such a great vehicle to express anger and aggression and frustration and determination. And those emotions are so prevalent in our story.”

Sueko recruited Denver native Bianca Mikahn, who in 2016 directed Off-Center’s How I Got Over: Journeys in Verse, to join her creative team as Rap Consultant.

“Bianca worked with our actors so that hopefully the audience can really key in and listen to the words of the rap — because they are pretty deep,” Sueko said. “The rap gives us tremendous insight into the characters.” Vietgone traces the societal and personal obstacles that Nguyen’s parents, Quang and Tong, had to overcome before starting a family in America. A large one being that Quang is an Air Force pilot who already has a young family back at home, but faces execution if he should ever return to Vietnam. And while much of the play is comic in tone, the brief rap interludes are deeply heartfelt.

“At times Quang and Tong are emotionally angry,” Sueko said. “Quang is expressing his refugee experience of losing everything and fighting to get back home. And Tong is expressing her resolve to try to make a new home in a new country. And even though, yes, it is anachronistic, and even though rap did not necessarily exist in 1975, to have that vehicle for these actors to really express their drive really makes for effective storytelling.”

Mikahn agrees. “The view of the playwright is to try to bring so many different worlds together in one space and make them cohesive, and something like hip-hop and rap is perfect for that,” she said. “Throughout the play, his characters use phrases that didn’t exist in 1975. That’s on purpose. And I think the hip-hop offers audiences this amazing vehicle to connect on a very human level to what was happening back then.”

Mikahn is also celebrating the larger “Rap Moment” in popular culture right now. Hamilton is now one of the most celebrated Broadway musicals in history for using rap to tell the colonial story of Alexander Hamilton. Kendrick Lamar recently became the first rapper to win the Pulitzer Prize for music. Closer to home, Breakin’ Convention, an international festival of hip-hop dance theatre, returns to the Denver Performing Arts Complex on Nov. 3-4. Mikahn will be part of the popular 303 Jam on Saturday, Nov. 3. That’s a full afternoon of free activities, performances, live DJs and workshops.

Hip-hop, Mikahn said, is finally starting to be recognized as a perfect vehicle for the intersection of theatre and literature. And it’s happening, she said, “because hip-hop is one of the most visceral art forms that exists.

“Hip-hop is a primer, and I know that it is a very special thing, but not everybody recognizes that yet,” she added. “So to have hip-hop raised up within this Denver Center theatre space in a way that highlights these amazing mechanisms and techniques is really exciting to see.” 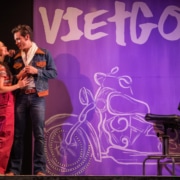 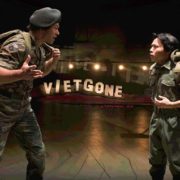 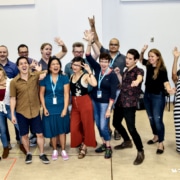 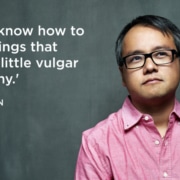 ‘Vietgone’: Not just another war story 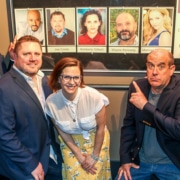